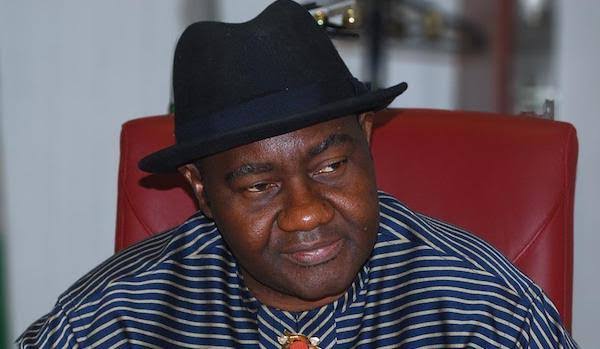 ….. Says ‘you’ll win nothing in Rivers until you confess your role in robbing APC of its victories in 2015/2019

….. Admonishes Tinubu to be wary of Abe ahead of election as he has what it takes to drown his presidential dreams

…..Highlights that God alone will determine the fate of Amaechi and not any human-being

As the pressure for 2023 race heightens with very many politically artful alignments, permutations and gang-ups in different camps, it is good for one to understand that some groups in the process have assigned to themselves very unholy and mischievous roles which has propelled political leaders to begin to beam their torchlights into the actions of some of these groups allegedly fronting for them or their favorite men, to avoid being caught in the snares of those ungodly groups making unsolicited statements and engaging in other fruitless activities of showbiz solely for the purpose of reforming their pockets and nothing more.

Exposing one of such groups made up of political wanderers from Rivers State and led by a former Rivers South-East Senator, Magnus Ngei Abe, Chieftain of the All Progressives Congress (APC) and erstwhile National Publicity Secretary of the defunct New People’s Democratic Party (nPDP), Eze counseled any Nigerian with a serious political aspiration for 2023 to distance himself from the former Lawmaker and his cohorts, describing them as men of mean character and low pedigree.

“One of those misguided group exist in Rivers State in which most of them have no political party, but merely floating on the River of politics and doing everything humanly possible to damage the political aspirations of both political blocks within and outside Rivers State”.

Eze who reacted on the backdrop of the news of the inauguration of a pro-Tinubu group BAT Vanguards, in Port Harcourt said every group is determined by the electoral value it adds to the system and not the height of malicious propaganda schemed against an opponent.

Speaking during the inauguration of the Bola Ahmed Tinubu Support Group christened BATS Vanguard, Rivers State chapter at Freedom House, Senator Abe campaign Secretariat in Port Harcourt, the Rivers State capital, few days ago Senator Wilson Ake who is also the chairman, steering committee of the BATS Vanguard in the state, said Tinubu was qualified to be Nigeria’s next president come 2023. He said he disagreed with those who described Tinubu as too old for the exalted office, saying his contribution to Nigeria’s democracy and the party had qualified him for the job.

He said, “For us in Rivers State, we are solidly behind the presidency of our national leader, Asiwaju Bola Ahmed Tinubu. He worked so hard for the APC and he’s a detribalised man who has done so well for our democracy over the years.

See also  Eze Commends His Brother and Benefactor - the Lamido of Adamawa, Over His Prayers for Amaechi's Presidency Quest.

“When Tinubu was working so hard for the APC, nobody talked about his age. He has finished working, now they are saying go and sit down let one young person come and take over. Does it work like that?

“I believe Tinubu is going there to make things better for Nigeria and Nigerians. He has the capacity and the ability to fix the economy of the country.”

However, Chief Eze said it was same Senator Magnus Abe from Rivers State, who took an oath never to allow harmony and cohesion in the All Progressives Congress, unless and until he is anointed to be the governorship flag bearer of the APC in the state.

He deployed similar devious mindset to trick some people or better still, hypnotize them into sharing in his paid-scheme of ensuring that governorship of River state remains with the Peoples Democratic Party since till 2023, by sabotaging all electoral chances of the APC in 2015 and 2019 through the instrumentality of a compromised court with the help of Gov. Nyesom Wike.

Contrary to his boasting in the public, particularly before his followers, that APC will never exist or survive in Rivers State without him, the party has, through the Congresses conducted in the State established a functional structure recognised by law and the National Leadership of the party. In his folly, he excused himself and his followers from revalidating their membership of the party and lost all rights to speak or act as party members.

Regardless of their none membership of the party, they have continued to deceive the gullible and the general public that Senator Abe will not only contest the 2023 general elections but will win. But little do they know that a non-member of a political party like Abe cannot frustrate other eligible Rivers sons and daughters who are established members of the party from contesting elections as he did during the 2019 elections but instead will reap the consequences of his past deeds no matter the odds. This is in line with the principle of the laws as contained in the Holy Bible particularly as contained in the following verses of the Holy Book:

8 As I have observed, those who plow evil and those who sow trouble reap it.

16 The trouble they cause recoils on them; their violence comes down on their own heads.

7 Do not be deceived: God cannot be mocked. A man reaps what he sows.

“Abe is my friend and I cannot deceive him and wish to counsel him as his senior in this journey of life that his aspiration to govern Rivers State will remain a mirage until he conducts himself as advised in the Book of John 1:9”

9 If we confess our sins, he is faithful and just and will forgive us our sins and purify us from all unrighteousness.

Abe must confess his wickedness and apologize accordingly to the people of Rivers State for the many woes he brought to the State through his brand of politics.

Highlighting that Abe and members of his misguided group are free to support whoever they feel like supporting as the Constitution permits them, Eze cautioned them to do so within the limits of the law and with some sense of reasonableness.
“They should stop using the name or platform of APC as they are not members of the party until they revalidate their membership.”

In the same vein, Eze counseled Senator Bola Tinubu, to be wary of Abe and his antics knowing that the former Senator is not a party man and if he could swore to destroy the political family of Rt. Hon. Chibuike Rotimi Amaechi, who not only brought him to limelight by appointing him Secretary to the Rivers government and influencing his election into the Senate on two occasions, then he is capable of drowning his political dreams if he fails to achieve his ambition or aim within the Tinubu political setting.

“Although I do not know if Tinubu has done as much as Amaechi has done for Abe, but if he can destroy the aspiration of thousands of people under a party led by Amaechi who made him all he is, then he can do same to Tinubu, from who he has achieved nearly nothing.” This is why a great son of Rivers State, Robins Debeloved counselled, “The fact remains that even the devil will be afraid to work with Abe, if crocodile can eat his own eggs, what can he not do to the flesh of a frog.”

Eze said his counsel became imperative after reading in some Dailies that Abe and his group are boasting of their capability of raising an ‘imaginary’ 50,000 APC members to support Tinubu’s presidential dream.
He said the first question every serious deserving mind will throw at Abe and his friends is whether they have revalidated their membership of the party. “Trust me they don’t have an answer to this question”

“As a matter of fact, I have nothing against Tinubu or any of his dreams. I worked with him very closely as the National Publicity Secretary of the defunct New Peoples Democratic Party, nPDP with others to actualize the formation and success of the APC during the 2015 general elections, but for some friends of Senator Abe to link Tinubu with what happened to the party during the 2019 general elections in Rivers State though very confusing is most sad and unfortunate if proven to be correct. However, I implore Tinubu to keep off from Abe and his friends as nothing stops him from derailing and destroying his political empire. Ask questions and cause a research of the past of this young man and advise yourself accordingly.

Similarly, the party Chief maintained that the fate of the Transportation Minister, Rt. Hon. Chibuike Amaechi, lies with God as it is He who is the determinant force behind all that Amaechi has ever achieved in life so those gathering against him are gathering in vain as postulated in Bible Verses Like Isaiah 54:15

Psalms 37:12-13 – The wicked plotteth against the just, and gnasheth upon him with his teeth. The Lord shall laugh at him: for he seeth that his day is coming.

Isaiah 41:11-16 – Behold, all they that were incensed against thee shall be ashamed and confounded: they shall be as nothing; and they that strive with thee shall perish. Thou shalt seek them, and shalt not find them, even them that contended with thee: they that war against thee shall be as nothing, and as a thing of nought.For I the LORD thy God will hold thy right hand, saying unto thee, Fear not; I will help thee.Fear not, thou worm Jacob, and ye men of Israel; I will help thee, saith the LORD, and thy redeemer, the Holy One of Israel.Behold, I will make thee a new sharp threshing instrument having teeth: thou shalt thresh the mountains, and beat them small, and shalt make the hills as chaff. Thou shalt fan them, and the wind shall carry them away, and the whirlwind shall scatter them: and thou shalt rejoice in the LORD, and shalt glory in the Holy One of Israel.

Eze cautioned calumnious campaigners to steer clear and allow things happen in their orderly sequence as orchestrated by God.