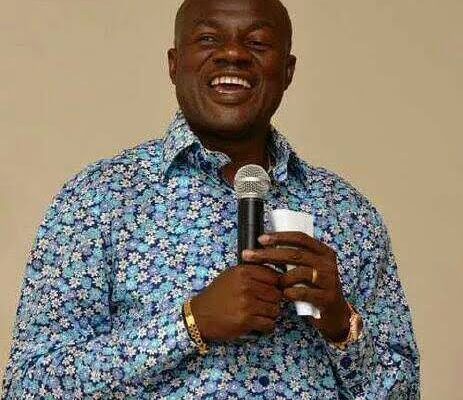 One of the issues Obi should address is the issue of Mondays in the SouthEast. Continue Reading

He has to categorically condemn it and as proof of fidelity to truth and conscience, fix his campaign in any of the South~Eastern States, on a Monday.

If he is able to achieve this feat, then he would have scored 20% ahead of other Presidential Candidates.

“Charity begins at home”. Every Politician has a catchment area
Which is Obi’s? Social media hyped popularity and street jamborees will turn out a mirage.

Taking a critical look at these indices/variables in my mind’s eye, I can’t locate Mr. Peter Obi anywhere close to electoral Victory.

I convoke a debate with facts not the apparently metaphysical conclusions that I read here everyday.

For those who are moved by the numbers that throng out on street jamborees, they will soon know that in a Football contest, there are three key persons
1. The players slugging and sweating it out on the pitch.
2. The spectators/fans who appropriate value judgements.
3. The Referees who interpret and enforce the rules of engagement.

Relying on rational principles, I came to the conclusion that the seemingly ‘rashly’ “Obidients movement” will suffer a stillbirth.

To put differently, it will come out as ephemeral (Flash in the pan).
I want a debate on this too.

Looking dispassionately at these apodetic facts, it is clear that it’s only Asiwaju Bola Ahmed Tinubu that fits.
SouthWest is a veritable catchment ground for him.

Battle Grounds will be in few Northern States and South~South.
Probable Takes are some important States in the North.

Weakest link is the SouthEast.
Show me who else can compete using these standards of measurements.
Please proffer yours let’s take up from there.

They would have thronged out in search of “Thanks For Coming” ( TFC), Sparce entertainment at campaign grounds and/or for Campaign sourvenirs.

A lot of them regrettably and painfully, are not eligible to vote either because they don’t have voter’s card or their voting locations are outside the voting jurisdiction where they freely attended Rallies.

So, of what use is counting in such category of campaign Rallies attendees, in Political calculations?.
For some who may have voter’s cards and live within the voting jurisdiction, they go for the highest bidder on election day and not the Party/Candidate they vigorously campaigned for. Worse still, some see election days as rest days.

They never come out. Or the fear of violence as was the case in Nigeria, they sit tight in their cocoons.

My experience in Politics both as a spectator/fan and Principal player, it will be amateurish to conclude the result of an Election, by the yardstick of the number of those who attend Rallies, adorn campaign regalia and bellow Party slogans.

Carefully check – you will find out that the preponderance of the sea of heads you reckon in one campaign rally ground of Party A, also feature in Campaign rallies of Parties B, C, D.

So, it’s rational to conclude that Asiwaju Bola Ahmed Tinubu will be the next President of Nigeria, 2023.
Take it to the bank that will produce the Pounds either as Prophecy or Prognosis.

See also  Confusion as thief carts away $75,000 at APC headquarters

Following critically again, one can conduce these indices/variables into the SWOT theory in development studies;
S~ Strength.
W~Weakness
O~ Opportunity
T~Threat.
Sure it doesn’t sound Greek?.

He has clear chances of probable takes Battle fields Not too weak link.
Safe for fear of being accused of antiparty offering, I would say that your guess, as to what will become of the brick house in 2023, is as good as mine.

To the Obidients, as they call themselves, they should accept as verifiable truth in the Whites’ aphorism that “All that glitters, is not Gold” They should tone down the noise and come to terms with the stirring nitty~gritties. Continue Reading