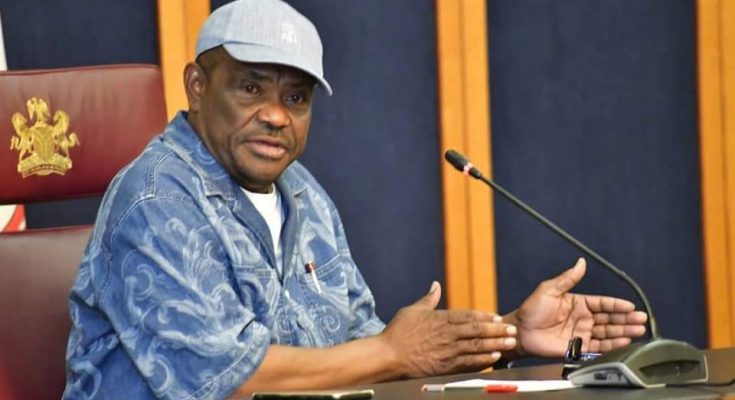 More light has been shed on the meeting between the Rivers state Governor, Nyesom Wike and the Peoples Democratic Party, 2023 Presidential Candidate, Atiku Abubakar in London last week. Continue Reading

The two men have been at odds since the party’s presidential primary a few months ago. The controversy became wider after Atiku selected Delta State Governor Ifeanyi Okowa as the running mate against a recommendation to form a committee to select the party’s vice presidential nominee. The committee chose Wike.

However, Governor Wike’s conciliatory moves are on high alert and this newspaper has reliably compiled that Wike and his allies made 6 strong demands from Atiku in order to support him in 2023. The demands include; The Immediate Removal of Sen. Iyorchia Ayu as National Chairman of the Party

That Atiku puts in writing, his commitment to serve for only one term if he wins, to pave way for power shift to the South

Demanded to produce the Senate President, Principal officers of the National Assembly and key ministers if the PDP wins

Nomination of a Director General for the Atiku Campaign Organisation

A reliable source disclosed to this newspaper that Atiku allegedly told Wike that he will consider their demands and get back to them within 2 weeks.

It was also learned that Wike met with Tinubu and the Presidential Candidate of the Labour party, Peter Obi, who are both lobbying the Rivers Strongman.

Wike Speaking on the meeting after his return from London on Friday, He said; “I can confirm that this is the first time as a team that we are meeting with presidential candidates.

For whatever its worth, consultation is ongoing. Whatever we are talking about, is for the interest of Nigeria and Nigerians. It is not parochial and tied to one person or group of persons.” He said

“We believe that with what is going on, it will be for the interest of Nigerians at the end of the day.”

Gov Wike decried the situation where standard, training and competence had always been traded for mediocrity.

He said leadership should not be about one individual and the interest of his family, but about the collective interest of everybody.

“Consultation is still ongoing. Never mind some people who do not believe in the existence of this country.”

The meeting was attended by Governors Okezie Ikpeazu, Samuel Ortom, Seyi Makinde, who are allies of Wike and Ahmadu Fintiri, an ally of the former vice-president.