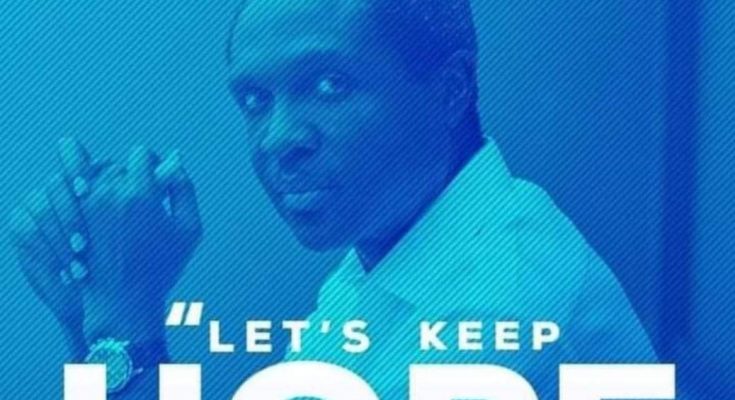 A call to restore the dignity of the average Rivers Man: By Tonye Cole. The APC gubernatorial candidate, Rivers State.

As the political pendulum swings in Rivers State politics, the electorates now understands that going forward that their votes must count.

In the circumstance, the Rivers people are watching with the eagle eyes, ensuring that the best man for the Job occupies the exalted office.

Critical analysis of the contenders of the no: 1 office shows that Tonye Cole is the most qualified, with high pedigree and integrity in all respect going by the recent economic development in the state and the country at large.

It’s factual, that the state is economically nose dived going by the recent economic indices wherein economic activities are grossly crumbled, to the extent that no meaningful industrial activity in the state, a walk to the famous trans- Amadi industrial layout confirms same in affirmative.

Businesses hardly can strive in the state, as a result of the government’s inability to provide for condeceive environment for private businesses to be productive contrary to the status of the state as it then was during the era of RT Hon Chibuike Rotimi Amaechi’s led government of Rivers State.

Within the period under reference, ” RT Hon Chibuike Rotimi Amaechi’s government” the private sectors and the public sectors were booming in business and the state was protective of the investors, hence Rivers State was described as investors paradise. This is grossly verifiable.

Presently, it’s on record that Rivers State has lost its past glory, therefore the need to reexamine the state in terms of development in all respect, thus a clarion call to vote Tonye Cole for the purpose of the state transformation.

See also  UNEMPLOYMENT IN RIVERS STATE ON A RAVAGING SPEED; ARC. PST. TONYE PATRICK COLE OFFERS YET ANOTHER FLICKERS OF HOPE ON UPSCALING AND INDUSTRIALIZATION; WHAT THE YOUTHS CAN DIFFERENTLY - MARTINS ONYEGBULA

The man Tonye Cole vows to transform Rivers State by ensuring that the state’s multiple economic base is achieved as it affects agriculture and commerce etc.

Tonye Cole further insist that the security of the state is key to sustainable development that would be linked to infrastructural / human capital enhancement.

In the area of agriculture, Tonye Cole’s position is that the state of emergency must be declared in the agricultural subsector of the economy.

Making Rivers State an Agrarian state wherein all local government engages on areas of it’s agricultural comparative advantage, by so doing increasing the agricultural potentials of the private and the public sectors of the state economy. Making food available for consumption and export.

Tonye Cole maintained that going by the above stated facts, the dignity of the average Rivers Man will be restored.

Finally, a vote for Tonye Cole is a vote for the development of Rivers State. 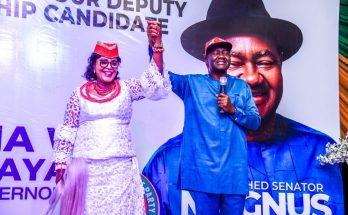