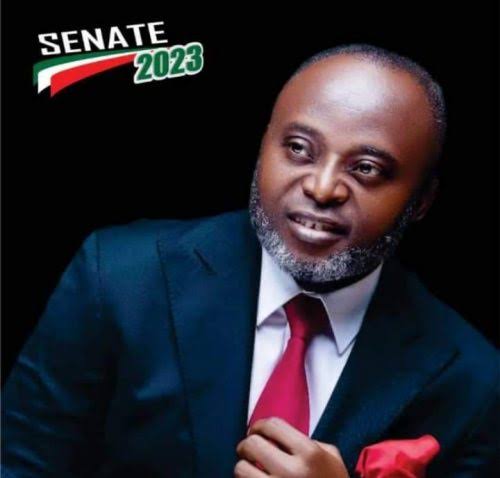 A two term lawmaker aspiring to represent the people of Uyo Senatorial District in the National Assembly, Barr. Usenobong Akpabio was yesterday nominated as a candidate of Young Peoples Party after failing to secure nomination in his former party, the Peoples Democratic Party.

Barr. Akpabio were amongst numerous aspirants that boycotted the just concluded party primaries of the People’s Democratic Party (PDP) citing irregularities at the party congress conducted some weeks earlier.

Speaking after his nomination where he emerged unopposed, the Young Peoples Party (YPP) Candidate berated the ruling PDP in the State for failing to respect laid down rules in the conduct of it congresses held at the ward and local government levels ahead of the primaries.

According to him, it was appalling that his former party could stoop so low to the point of allowing uninformed delegates to select candidates for the 2023 general elections, thereby exposing the people into hands of unqualified leaders.

He challenged his supporters to exercise their franchise by coming out enmass to elect candidates of choice ahead of the 2023 general elections, while boasting of YPP’s readiness to over run the political structures in the State and redeem the State to credible and democratically elected leaders.

“I have come like John the Baptist, to pave way for mass movement of Akwa Ibom citizens to the Young Peoples Party” he hinted. Speaking further, the former PDP Chieftain said, “It’s a revolution that will be good for this State and so I call on you all to preach the good news that YPP is the party for all.

Speaking during the nomination exercise inspected by INEC officials, the State Chairman of YPP, Apostle Nyeneme Andy said the party is prepared to take over the political structures in the State to prevent the political injustices witnessed over the years in the land.

“And we trust God that in no time, people will be leaving the leaking umbrella (PDP) and we would soon stop sweeping, apparently referring to the APC, because we are not servants” he noted.

Speaking further he said, like the symbol of our party, which is the green leaf, which signify fruitfulness, I’m trusting God that Akwa Ibom State will be fruitful. He congratulated Barr. Usenobong Akpabio for emerging the consensus candidate for the Uyo Senate Seat.

Present during the exercise were Idorenyin Jacot, the Returning Officer, who declared Usenobong Akpabio as the consensus candidate, Mr. Nse Akpan, the INEC official and national officers of YPP who came to observe the conduct of the primaries.