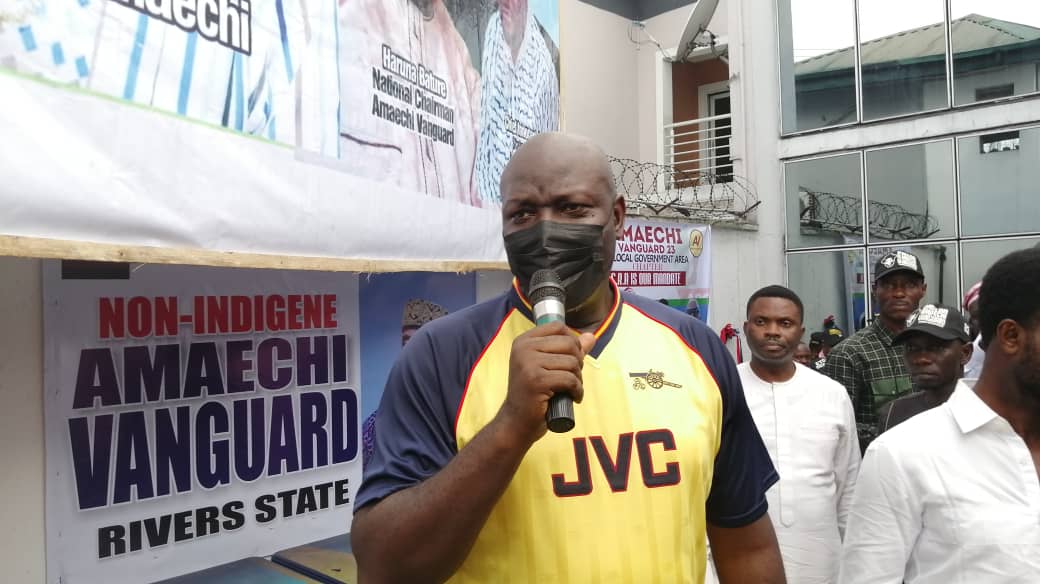 A Chieftain of the All Progressives Congress, Dr Chukwudi Dimkpa has challenged a pro APC group, Amaechi Vanguard to be first to call out the Honorable minister of Transportation, His Excellency, Rt Hon Chibuike Amaechi into the presidential race in 2023.

Dimkpa threw the challenge during the official grand opening of the Rivers State office of a Pro APC NGO, Amaechi Vanguard, today in Port Harcourt, urged the leadership of the group to take the lead in that direction, noting that citizens are craving for a better Nigeria.

“The CRAve for a better Nigeria starts with the word ‘CRA’. CRA is an acronym, it means Chibuike Rotimi Amaechi. So in 2023, we would want you to be the first, and I am hoping that the national chairman of Amaechi Vanguard and his state chairman will be one of the first NGOs that will first call on our Honorable Minister of Transportation to get into the race for 2023”.

Dr Chukwudi Dimkpa who is pioneer Managing Director of the Rivers State Signage and advertisement agency, commended the group for their efforts in putting up a befitting secretariat in the State, adding that the office, being first for the Honorable minister in the country, will enable the group to consolidate on their activities and become a rallying point and springboard for smooth spread of Amaechi Vanguard offices across the country.

“Today marks the consolidation of Amaechi Vanguard as a formidable group. You know like they say, a man who has a home, has a place to put his head and where to spring from”.

“So as far as we are concerned, this is the first NGO for Amaechi 2023 that actually has an office. We also believe that as time goes on, this is like their headquarters, they will spread to the 36 states of the Federation and the FCT”, Dr Dimkpa concluded.

One Comment on “Amaechi Vanguard Should Be First To Drag Transportation Minister Into 2023 Race -Dr Dimkpa.”