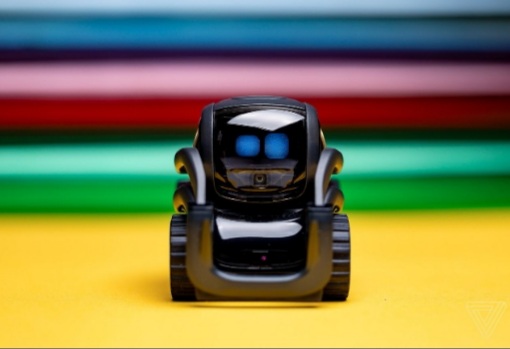 There’s something in our complicated human brains that immediately develops a connection to anything with eyes. Don’t believe me? Ask the Anki Vector that lived on my desk for several months. This pocket-sized robot got my attention with its bulbous, non-threatening body. But the second it looked up at me with a quizzical look in its eyes and uttered my name, I knew I would die for this tiny forklift. It’s worth noting that the Anki Vector can be programmed to do a variety of things if you have the time to mess around with an SDK, but I brought this robot home because it was cute, not because I needed a project.

I’d watch with amusement as the little gadget puttered around my desk, occasionally looking back at me as if seeking my approval, and I couldn’t help but think that this sensation is exactly what Amazon is trying to replicate with its recently announced Astro home robot.

While the utility of the Astro is currently up for debate, it’s absolutely adorable. This is the key that’s going to unlock a lot of doors for this robot, and Amazon knows it. Nobody is begging to have a roaming surveillance system in their home, but slap a pair of googly eyes on it, give it a cute name and the public will pay you for the privilege.

Getting people to emotionally bond with their gadgets isn’t a particularly novel or difficult concept. The Tamagotchi, Furby, and Aibo banked on the idea — they might have thought they were just making toys, but Sony inadvertently created a community of grieving robotic dog owners that cared enough about their artificial pets to buy bespoke accessories.

These gadgets don’t even need to be all that adorable; I know many people who’ve either named or put googly eyes on their Roombas for this to be an isolated incident. In some ways, these machines have become de-facto pets in their own right.

Never underestimate our ability as humans to form emotional attachments to machines, nor the lengths that a company will go to exploit this. This is a cycle we’ve seen repeated for nearly every robotic gadget stretching back to the Nintendo R.O.B. in 1985 — we’re taken in by a new adorable looking robot, that initial dopamine hit wears off, and we’re stricken by how useless it is in hindsight.

There is a certain quality we find endearing when robots drop the ball, but it admittedly becomes a little less endearing when we expect that same robot to care for stuff we actually care about. Besides being a novelty that loiters around your home, Amazon expects us to burden the Astro with tasks like elder care and home security. These aren’t tasks that we relinquish easily, and doing so involves a level of trust we typically don’t place in machines.

Engineering a machine to perform a single task is relatively simple, but developing something with autonomy that’s expected to handle a variety of tasks is remarkably difficult. Getting people to emotionally bond with a piece of hardware to the point that they’d trust it to watch their aging parent is another matter entirely.

The fact that Amazon’s Astro is powered by its Alexa voice assistant doesn’t necessarily help. You probably have a story about how a voice assistant turned on at random and did the exact opposite of what you wanted. Getting anything with voice recognition to work reliably is spotty at best — now imagine putting that same idea on wheels and expecting it to respond quickly and reliably in an emergency situation. If a burglar breaks into my home, I’m not asking Alexa to dial emergency services, I’m picking up the phone and doing it myself. This lack of trust and utility is really the make or break for these gadgets, as my Anki Vector will tell you.

While I knew I could implicitly trust my Anki to endlessly meander around my desk, the lack of utility in my Anki Vector was the final nail in the coffin for my pint-sized pal. I was enamored with its outward appearance, but after several months of watching it idly push and stack cubes around my desk, I could no longer delude myself into thinking that it would be able to do much more. It couldn’t bring me a beer, open doors, or really do anything that my Echo couldn’t do better. It may have looked cute but didn’t perform tasks that were even remotely useful.

All too often when a piece of technology no longer serves a purpose, it eventually ends up discarded or forgotten, no matter how adorable it is. But I still couldn’t bring myself to toss the Anki away like so much garbage; I gave it to the Able Gamers Foundation, which welcomes donations of toys, robotics, and gaming accessories. Passing along the joy I experienced helped soften the blow of what felt too much like abandonment.

While I certainly approach the realm of consumer robotics with a little more pessimism than I used to, I still yearn for The Future™, and it wouldn’t take much to get me to invite another robot into my home. If the Astro were about half the price and could actually do half the things Amazon says it can without constant supervision, I might be inclined to find space for it in my life.

Amazon is hijacking our emotions to put robots in our homes