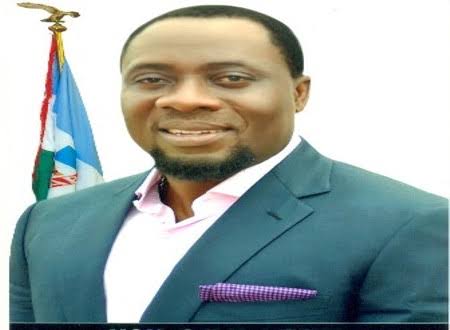 The immediate past Ambassador to the Kingdom of Netherlands, His Excellency Ambassador Oji Ngofa, who by providence is the All Progressives Congress (APC) Candidate for Rivers South-East Senatorial district in the 2023 general Elections has continued to prove beyond all reasonable doubts that he is a square peg in a square hole

Ngofa’s interest to Represent the Rivers South-East Senatorial district in the Senate come 2023 is born out of response to the call of majority of his constituents, who are in favor of a vibrant representative and particularly for credible and transformational leadership.

The Diplomat believes, the people of Rivers South-East Senatorial district are being deprived of all facets of development despite the huge resources at their disposal, the people ought to have benefited a lot due to it’s Status in the country as one of the most viable Senatorial districts, but due to lack of committed and good representatives, they have lacked behind in both National politics, ICT Education and human development.

Ambassador Oji Ngofa is set to give Quality Legislative Representation, quality representation transcends the ability to move motions on the floor of the legislature. It is, crucially, also about proper linkage with the grassroots, attracting life changing projects to one’s constituency.

It involves appropriate linkage with the Executive arm of government, and being above board in the discharge of legislative duties.

Ngofa will definitely be counted among those vibrant legislators who will serve the people in terms of life changing and sustainable projects that will see to the growth and development of the people.