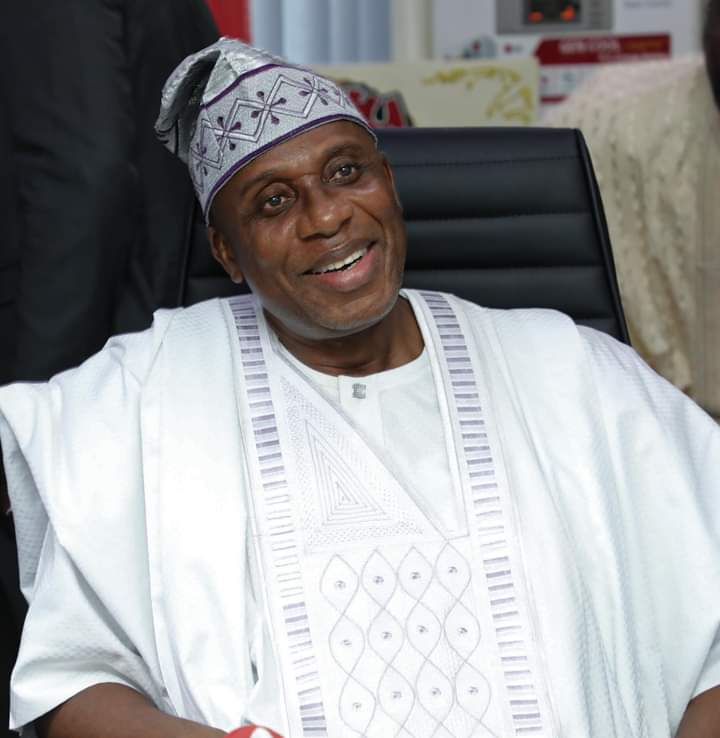 AMEACHI’S CHANCE OF BEING NIGERIA’S NEXT PRESIDENT INCREASES DAILY.

The robust campaign for Rt. Hon.Chibuike Rotimi Ameachi, Nigeria’s immediate past Minister for transportation, with his handling of the decayed Railway system in the country put him ahead of his contemporaries.

Leaders from the six(6) Geopolitical zones of Nigeria, NorthWest, NorthEast, NorthCentral, SouthWest, SothEast and SouthSouth in their submission endorsed Ameachi as the Presidential Candidate Nigeria should vote for, because he represents the Progress Nigeria requires at the moment, having compared credentials of the Leading Presidential Aspirants. Ameachi posseses credentials like capacity, ability and integrity to take the nation to the next phase of development.

Successive administrations made efforts to revive the moribund railway. First major effort was by General Sani Abacha, Abacha in 1995 who engaged China Civil Engineering Construction Company (CCECC) to rehabilitate the entire rail infrastructure, for about $528million. Another major attempt was in 2002, when the Obasanjo administration drew up a twenty-five years development plan to build an aggregate of 8,000km of railway network, to link all state capitals and industral centres in the Country and in 2006 to build the Lagos-Kano 1,315km standard Gauge line for $8.3 billion.

In 1995, General Sani Abacha brought in the now famous China Civil Engineering Construction Company (CCECC) to rehabilitate the entire rail infrastructure. That $528 million contract was also poorly executed. Then again in 2002, the Obasanjo Civilian administration came up with an ambitious twenty-five year strategic vision for the corporation, one that will build a modernized 8,000km of railway network, linking all state capitals and industral centres in the country.
Indeed in the dying days of his administration Obasanjo re-engaged CCECC in 2006 to build Lagos-Kano 1,315km standard Gauge line for $8.3 billion.

The Jonathan’s administration also made efforts to rehabilitate the narrow gauge and also awarded contracts for the construction of Abuja-Kaduna standard Gauge, which was latter completed and commissioned by President Buhari, under the direct supervision of Nigeria’s immediate past Minister for transportation Rt. Hon. Chibuike Rotimi Ameachi.

His milestone achievement was the construction of the Abuja-Kaduna standard Gauge railway line, which was commissioned by President Buhari in 2016. Again, the Itapke-Ajaokuta-Warri railway standard Gauge project, which commenced over 30years ago was finally completed by the Buhari’s administration, with Ameachi as Minister for transport.

Another milestone achievement of Chibuike Rotimi Ameachi, under the Buhari’s administration is the ability to negotiate with one of the major construction company to establish a Transport University in Nigeria with specialty in railway technology at no cost to the Nigerian Government and also to give scholarships over 100 Nigerians to study Railway Engineering to PhD. level who upon return will become lecturers at the University.

Ameachi has one of the greatest legacy, enshrined in Nigeria’s modern day infrastructural development that will stand the test of time.