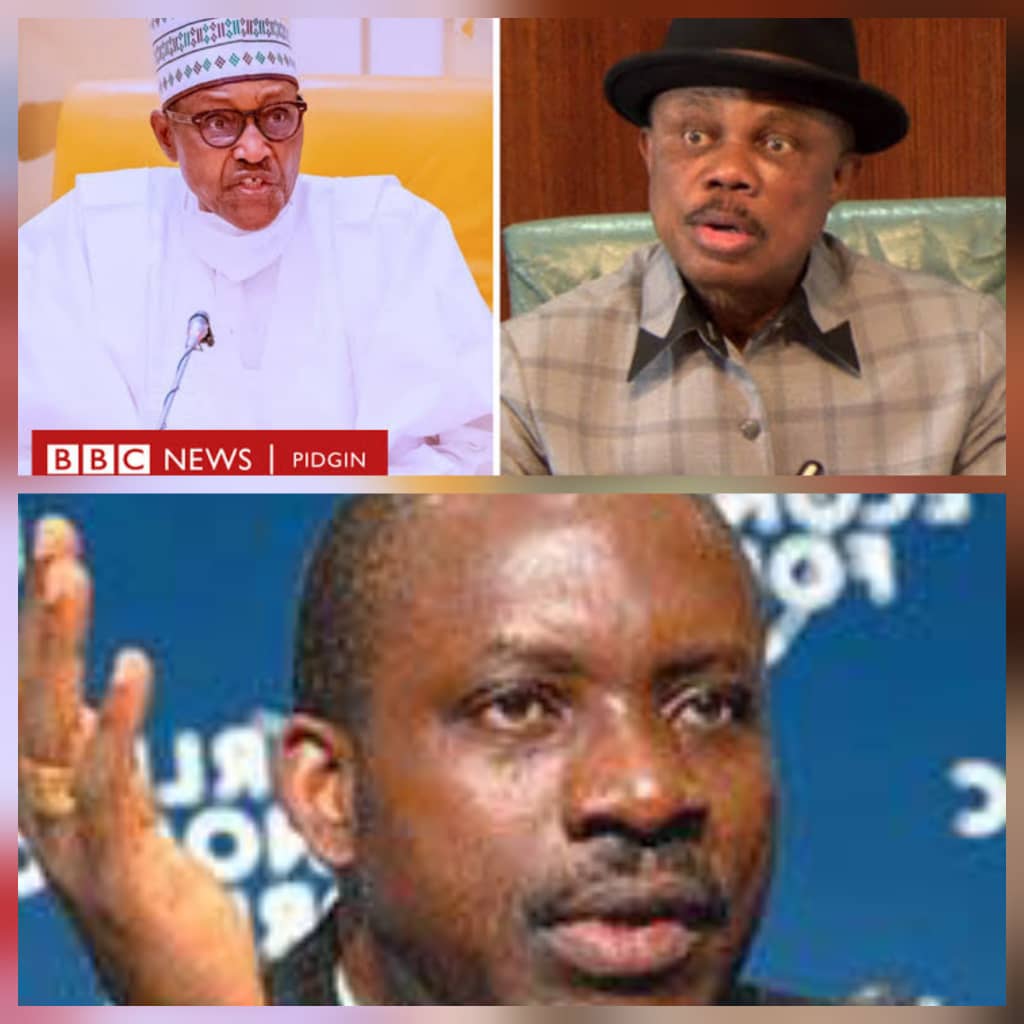 …..Congratulates, INEC, Security Agencies and Other Stakeholders for a Successful Poll Conduct and Standing Up For Democracy

The heap of threats and self inflicted security skirmishes notwithstanding, the just concluded Anambra gubernatorial election has been adjudged by political analysts, observers and the citizens as the most peaceful election in the annals of elections in Nigeria.

Reacting to the satisfactory outcome of the process, chieftain of the All Progressives Congress and erstwhile National Publicity Secretary of the defunct New People’s Democratic Party, Chief Eze Chukwuemeka Eze, said with a determined and placid disposition, the courageous people of Anambra defiled the imbecilic braggadocio from the impuissant corners of hellions with a standing reputation of troublemaking, to choose who steers over the affairs of the state for the next four years.

In a statement made available to media houses in Port Harcourt, Chief Eze, a respected foundation member of APC said the circle responsible for scheming Senator Andy Ubah into the guber race by imposing him on the APC as a mandatory flag-bearer should be held accountable for the fatal smackdown the party suffered from the Prof. Charles Soludo and the All Progressives Grand Alliance (APGA) in the Saturday November 6 governorship election.

The party chief said it would be a mere wishful thinking for Senator Uba and the Anambra APC to expect a better electoral outing than what they got, given that the party failed to deploy reasonable efforts to reconcile the grievances of party leaders who bought forms to participate in the party’s primary election, an exercise which was severally described as a charade and whose outcome ignited a raging inferno of dissenting voices and massive provocation from party members across board.

Leader of the party in the State and Honourable Minister of Labour and Productivity, Dr. Chris Ngige, attested to the sharp practices and massive irregularities deployed by wrongdoers in the pursuit of a private vendetta. That marked the beginning of the glaring defeat which was later made manifest when the Independent National Electoral Commission began to churn-in results at the end of voting and collation.

The good people Anambra have passed their verdict through the ballot and their position should be respected and accepted by every lover of democracy and custodian of fairness and due process.

Eze stated that the failure of the APC in the polls is not a sign of rejection in the South East but a lesson to the party to the effect that in subsequent elections, only credible and capable hands should be allowed to fly the flag by allowing the will of party members prevail.

Consoling party members, the party chief said with what Governor Umahi is doing and has done, coupled with the feats of President Buhari in the South East and in addition to the inputs of Hope Uzodinma, Senator Ken Nnmani, Senator Kalu Orji, Dr Ngige, Dr. Ogbonnaya Onu and others, the APC has taken a firm root and will continue to stand as an Iroko in the politics of South East.

Chief Eze commended the National Leader of the All Progressives Congress and President of the Federal Republic of Nigeria, General Muahhamdu Buhari and the party leader in Anambra State, Dr Chris Ngige, for accepting the result of the election and congratulating the deserved winner, Dr. Chukwuma Soludo of the All Progressives Grand Alliance, APGA.

Although candidates reserve the right to approach the court to ventilate any grievance arising from the election, the party chief however said it will amount to a complete futile anti-party adventure for anyone to take a stand that will be antithetical to the verdict of the people and the progress of Anambra state.

Counseling Senator Uba to jettison the idea of challenging the outcome of the election in the Tribunal, Eze said it will be unfair if after all the sacrifices and risks taken by INEC staff, particularly the Youths Corps members who served as ad-hoc staff and Security Agencies, the inputs of the General Abubakar led Peace Committee, Traditional Rulers, Christian Association of Nigeria (CAN) and other critical stakeholders who invested time and energies towards making the election a huge success, Senator Andy Uba, who could not win even in his Local Government Area, would take the path of attempting to make nonsense of the whole process.

Eze congratulated the Independent National Electoral Commission (INEC) for conducting a free, fair, and credible election, even with the initial challenge posed by the malfunctioning of the Biometric Voters’ Accreditation (BVAS) system in some areas which he said is the hiccups of new process.

The APC chieftain hailed the General Abubakar-led Peace Committee, Security Agencies, INEC, IPOB, CAN Leadership in South East, ndi Anambra and none indigenes for making the election that looked somewhat impossible to turnout a huge success.

Expressing appreciation to President Buhari for playing a true fatherly role and ensuring a level playing ground during the election, Eze said “for the survival of our party and democracy, we must allow the will of the people to prevail. The period of leaving our future in the hands of money bags should be a thing of the past.”

Quoting President Muhammadu Buhari in a message by Mr. Femi Adesina the Special Adviser on Media and Publicity, wherein President Buhari congratulated Prof. Charles Chukwuma Soludo, the candidate of the All Progressives Grand Alliance (APGA) on his emergence as governor-elect of Anambra State-

“President Buhari enjoins Prof. Soludo, member of the Presidential Economic Advisory Committee, to rally other stakeholders to tackle the enormous challenges confronting the State and the Southeast in general.

The President looks forward to working with the incoming governor for the peace, security and development of not only Anambra State, but the entire country.” in this regard, Eze considers as an anti party activity should Senator Uba decides to challenge the election in which the National leader of the party have already accepted the result and congratulate the deserved winner.

In the same vein, Eze quoted the Anambra Leader of APC, Dr Chris Ngige as saying that, “the victory of the former governor of the Central Bank of Nigeria (CBN) in the poll was well deserved. Ndi-Anambra have spoken with this resounding victory,” he said. “Having contested in 2010 with Soludo, who was then the PDP candidate and myself in CAN – an election in which I was ‘awarded’ the second position even though I won outright and Soludo third, I knew that with his tenacity of purpose and drive, he would one day make it to the seat of the Governor of Anambra State.

It is a case in patience and endurance, an aspiration nurtured to serve the people with all his strength, I seriously believe. Ndi-Anambra I know, will hence, entertain no excuses.

Much has been given, hence the expectation is very high. Knowing Soludo as I do, however, I have no doubt that our people have made an excellent choice by voting him.”

Eze highlighted that Dr. Ngige further stated that the President of the Federal Republic of Nigeria, President Muhammadu Buhari deserves a glowing national tribute, “I put on record, that Mr President had on three different occasions, assured through me, that the Anambra governorship election would be free and fair.”

“Not only did the President ensure a level playing field for all the political parties, he directed all the security agencies to deploy into Anambra to protect and secure voters and electoral workers. A promise kept!”

Finally, the party stalwart commended the Chairman of the South East Governors Forum and APC Leader, Governor David Nweze Umahi for congratulating the governor- elect of Anambra State, Prof. Charles Chukwuma Soludo, for his victory in the just-concluded governorship election.

The statement reads in part: “May I, on behalf of South-East Governors Congratulate Prof. Charles Chukwuma Soludo on his victory in the just-concluded Anambra governorship election.

“I Congratulate all other candidates that participated in the election for their efforts and peaceful conduct during and after the election. I believe that God rules in the affairs of men.

I Urge Prof. Soludo to please, extend healing and loving hands to all the candidates in the election so that together, you will continue to contribute to the progress of the state from where His Excellency, Chief Willie Obiano would stop. After every election, party politics should be left to political parties while good governance takes the centre stage for the good of the people.

Eze further quoted Governor Umahi as saying, “May I also congratulate one of us, Governor Willie Obiano for a successful governorship election in Anambra state. God has ordained you to finish strong and well.

Testimonies available on the conduct of the Independent National Electoral Commission (INEC) during the election speak greatly of their excellent job. Let me therefore, congratulate the commission for both a great job and their courage in conducting the election.

We are grateful to all security chiefs and their men for their excellent job in the conduct of the election. From available accounts, they all played their roles excellently within their rules of engagement. This has unarguable boosted the public confidence in our security system.

Our gratitude goes to all our religious leaders, our political leaders, our traditional fathers, many stakeholders of South East, and Mr. Nnamdi Kanu’s Lawyer for their efforts in ensuring that the sit-at-home order and threats against holding the election were aborted. I believe that with the same spirit, we will work together for a political solution in handling our present situation in South East.

We thank Mr. President, H.E. Muhammadu Buhari, GCFR so much for his efforts and neutrality in the success of the Anambra election. Mr. President, this is just you and you have once again demonstrated that you are a true democrat with a great commitment to bequeath to the nation an impeccable electoral process. Thank you for the security agencies, INEC officials, and the safety of our people during and after the election.

Mr. President, please, as a follow-up to your presidential delegation to South-East this year on the solution to the situation of South-East, may we inform you that we South-East leaders have been working so hard for an amicable solution.

All leaders of South-East strongly wish to present to Mr. President, some suggestions for a possible political solution over our present situation. After Our next meeting, we shall be writing to request for an appointment with Mr. President on this matter. We thank you Mr. President for your kind disposition to listen to our leaders for a possible amicable resolution of all contending issues in South-East.

Finally, we thank God almighty for saving the lives of our people and all those involved in the election. The same God will do more for our people and Nigeria” the statement noted.

Eze in conclusion, joins Barr Nonso Madu, a chieftain of the All Progressives Congress (APC) and an aspirant in the Anambra State governorship election in 2017 to advise Senator Andy Uba, not to waste his time and resources contesting the outcome of the election in any court of law.

Eze quoted Barr Madu as maintaining that his failure in the poll did not come as surprise, stressing that no sane Anambrarian would have supported him to win and continue the destruction of the state with the events of 2003 still on their minds.

Eze expressed appreciation to General I. B. Babaginda, the candidate of ADC, Nze Akachukwu Nwankpo, Senator Ifeanyi Uba of the Young Progressive Party (YPP), Mr. Val Ozigbo of the Peoples Democratic Party (PDP) and the APC Leader in Anambra, Dr. Chris Ngige for congratulating Prof Soludo for his well deserved victory. Praying that Senator Uba will follow the examples of these great minds and congratulate Prof Soludo to avoid further insecurity challnges in the South East region

Eze congratulated Soludo and urged him to consult widely, extend a hand of fellowship to other candidates in the election and always put the people first in his management of affairs of the state.