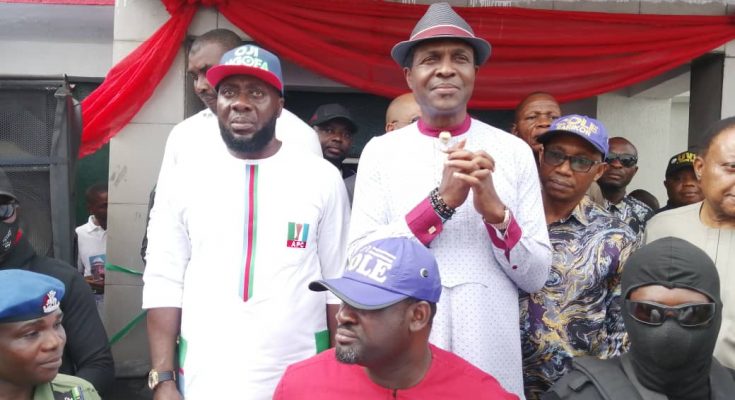 Bori the headquarters of the Rivers South-East Senatorial district went agog, as the Senatorial Candidate of the All Progressives Congress, Ambassador Oji Ngofa unveiled his Campaign Secretariat.

The mammoth crowd was addressed in turns by Party Stakeholders, affirming the Senatorial Candidate’s commitment to societal growth and development.

Ngofa also took time to talk to the people, assuring them of giving his wealth of experience in representing them in the Red Chambers.

The people are however confident that he will use his wealth of experience as a renowned Diplomat to contribute positively to the challenges facing the people of his constituency.