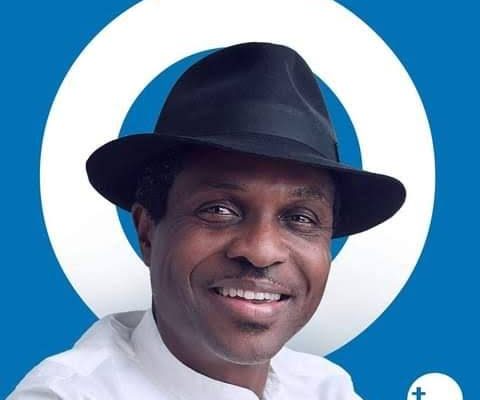 The 2023 Governorship candidate of the All Progressives Congress in Rivers State Pastor Tonye Patrick Cole, Monday lamented the deplorable state of the Rivers Sports institute, Isaka Community, describing it as lost glory to Rivers State.

Cole expressed his sadness over the total decay in the institute’s infrastructure when he made a stop over at the school premises during his ongoing unit and ward sensitisation visit to Isaka, Ward 6, Okrika local government area.

“We are doing this ward, unit to unit sensitisation, it is also to ensure that we can see exactly what is on ground. When I stand here to look at this school, all I see is lost glory”.

“Somebody had a vision, and when they put this kind of structure in Isaka, they expected that by now, more than 48 years after, they expected to see Isaka more bigger, much better”.

Pastor Tonye Cole however assured Isaka people that the APC is coming with a mission to restore the lost glory and dignity of the Rivers man, noting that Rivers people now have an opportunity to make a difference through their PVC.

“One of the missions we have as a people, as a party, as an organization is to restore the dignity of Rivers State. We have seen this, but you know, all of you joining us, if you don’t have your PVC, it doesn’t count”.

See also  APC Presidential Primary: “It’s either Amaechi or Me, No contest between us” - Jigawa Gov, Badaru

Earlier, Mr Ibinabo Jeremaih, an indigene of Isaka expressed appreciation to pastor Tonye Cole, pointing out that his visit was the first time in the community’s history that a Governorship candidate of a major political party will come to Isaka.

Thereafter, the Paramount ruler and Secretary of the town council received the APC gubernatorial standard bearer in a town hall meeting. They assured of their total support for the APC and Tonye Cole.