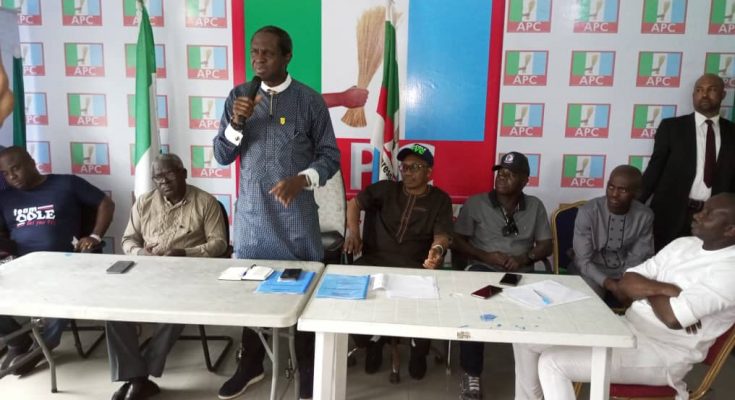 AS A STUDENT, I BUILT RELATIONSHIPS ACROSS BOARD .WE ALL HAVE A DUTY TO FIX NIGERIA ~PST.TONYE COLE. Read Full Article

The Governorship Candidate, of the All Progressives Congress, APC, Rivers State,Pst Tonye Cole Mni,has disclosed that as a student at the University of Lagos,he was visiting different universities in Nigeria,for the purpose of building relationships , adding that ,the results of the relationship he built back in the school days, are overwhelming. Continue Reading

He explained that the fight to get Nigeria right,has started a long time, with the students always at the centre.

The incoming Governor of Rivers State,hinted that the traveling to different campuses,the books he read,and additional job he gave to himself,was the additional education he aquired ,which according to him,significantly aided him to prominence.

The global business mogul, observed that students are learners , and that particularly he learn everyday.He charged the party’s students wing to move with the vision of wooing new members into the party.

Earlier,Chairman of the APC in Rivers State,Chief Emeka Beke thanked the youth directorate of the party for constituting a functional youth wing for the party,while calling on the students to move into the various campuses and get more students.

See also  Tonye Cole calls for calm, says Rivers will soon be back to her glory days as he condemns Wikes arrest of Farah Dagogo.