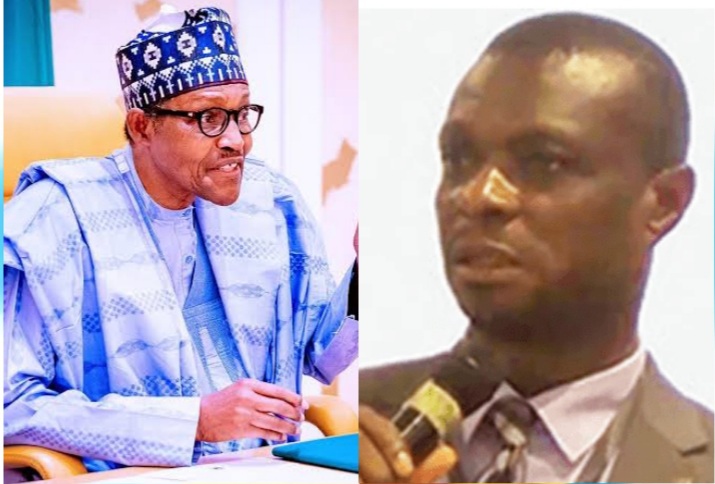 He directed the Independent Corrupt Practices and other related offences Commission to begin the process of his prosecution for receiving salaries with a phantom doctorate for 18 years.

Buhari also asked the Minister of Science, Technology and Innovation, Dr Ogbonnaya Onu, to allow the institute’s governing board to operate freely.

The President instructed that the board should commence the process of appointing a substantive director general.

This may be a resolution of the leadership tussle that has crippled the running of the institute for about two years.

In 2019, when the position of DG was vacant at FIIRO after the former occupant retired, Onu appointed Igwe despite the opposition of the governing board due to his controversial doctorate, which was being investigated by the ICPC.

Our correspondent, who visited Universite D’Abomey Calavi, Benin Republic, where he claimed to have bagged the PhD, discovered that he did not complete the programme and had only been using an attestation letter issued by his supervisor in 2002 to gain promotion at the institute.

The ICPC, which initially cleared Igwe, said it was misled and reopened investigation into his case. The agency later concluded that he did not finish the academic programme.

He was subsequently deposed and demoted by the FIIRO board to the position he held before claiming the phantom certificate in 2002.

In the heat of the several investigations, Igwe returned to the Benin varsity, defended his thesis and was issued a certificate dated 2020.

Onu subsequently pressured the FIIRO board to reinstate him as DG, which was rejected by the board Chairman, Alhaji Ibrahim Gwarzo, who insisted that the officer deserved prosecution and not reward for the fraud.

After several failed attempts to get the board to do his bidding, the minister levelled allegations of financial improprieties against the members, which were reportedly dismissed by the authorities.

Efforts by the board to begin the process of installing a substantive DG were frustrated by Onu, who claimed that the President was still considering Igwe for the position.

The minister later sent a memo to the board, saying their term had expired, despite not completing their four-year tenure and without the approval of the President, who alone had powers to dissolve the board.

However, Buhari, in a letter dated September 7, 2021, addressed to Onu, and signed by the Senior Special Assistant to the President (Administration and Operations), Ibrahim Adamu, declined the “prayers of the Honourable Minister of Science, Technology and Innovation on the appointment of Chima Cartney Igwe as the substantive Director-General of FIIRO, Oshodi, Lagos State.”

“Directed the governing board of FIIRO to commence the process of the appointment of a substantive Director General in accordance with Section 2.1.3.3 (a) and (d) of the Conditions of Service for Federal Research and Development Agencies, Institutes and Colleges (Revised 2019).

“Directed the Honourable Minister of Science, Technology and Innovation to allow the Governing Board of FIIRO to operate freely within the ambit of the provisions of extant regulations guiding the relationship between the ministry and parastatals.

“Directed the ICPC to commence prosecution of Mr Chima Cartney Igwe for giving false information to his employer,” the document added.

Reacting to the development, the Chairman of the Senior Staff Association of Universities’ Teaching Hospitals Research Institutes and Associated Institutions, FIIRO branch, Togunde Oyekola, commended the board chairman and his team for their commitment to justice and integrity.

Oyekola urged the board to do more on productivity enhancement and staff welfare.

He also called for transparency in the appointment of a substantive DG within the confines of the law, public service rules, conditions of service of research institutions and other extant rules.