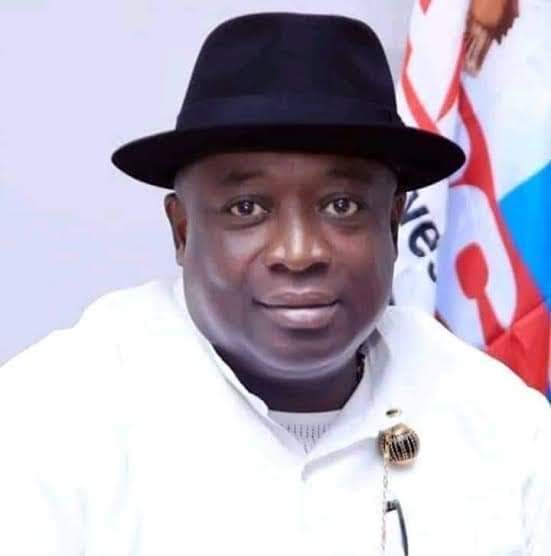 We can understand that varying levels of intellectual depth may in earnest be deemed requisite to aspire to different positions in Society.

The corollary is that society would in turn judge very harshly, anyone with admissibly requisite qualification, but turns out to be pathetically bereft of any modicum of decorum and decency in his behaviour and general comportment vis-a-vis the public, in the discharge of his assigned duties.

The APC in Rivers State has just held a most successful State Party Congress, that has in most quarters been rightly adjudged the best in recent times, inspite of the hurdles and barricades erected by conspiratorial moles and fake party men, that are indeed “attractively” rewarded by our political rivals who consider destabilising us with their pliant Judges as a winning strategy.

Fortunately, in these times, the Judges have “resolved” to uphold the sanctity and ethics of their noble profession, by dispensing undictated justice, without fear or favour. It is the joyous fall-out of PDP’s harakiri and merciless self- emolation.

Everything was done to eliminate the minutest opaqueness in the whole voting process. The high level of noticeable transparency was widely acknowledged and commended.

The Security measures put in place for merely accessing the arena were so meticulously fine-tuned that no miscreant or malintentioned character could have escaped the thoroughly sifted security mesh. I can in confidence reassure, that the most dreaded of Afghan suicide bombers would have certainly been frustrated out of the scene for fear of arrest.

The DSS and INEC were imposingly present, and there was a very laudable representation of NGOs as occular witnesses.

Delegates painstakingly went through all the rigours of transparent orderliness in casting their votes.

Finally, a most deserving Winner emerged as the Party Chairman, in the person of a loveable and charismatic Party man, High Chief Emeka Beke.

Now, could you imagine the shameless meanness of one Golden Ben Chioma, in rushing to the Cyber space to maliciously spread the odious fake news, that he himself had been elected winner of the most prizely position of Chairmanship of the APC in R/S, whereas the bona fide winner had hardly left the arena thronged by thousands of his jubilant supporters.

I may not be a lawyer by my academic discipline, but I feel so strongly that someone who allows himself to indulge in such denunciable opprobrium, should be arrested and arraigned in the Court of Justice, as the offence is obviously more grievous than ballot box snatching or even unintentional perjury.

You can imagine the height of provocation, and the mayhem that would have ensued, if this impostor had been caught by the crowd, as they were trooping out of Port Harcourt Polo Club ground Saturday night.

The behaviour of the perpetrator-in-chief of this misdemeanor becomes even more unbearable and irritating, when it is known that he is a Lawyer, one Barr Golden Ben Chioma. He was no doubt prodded on by Sen Magnus Abe, the man behind the curtain of confusionists and erstwhile “courtocrats”.

I must confess that I have found it extremely reluctant to add the dignifying pre-fix of “Senator” to his name, as I would unmindfully and indirectly be diminishing the positive and distinctive aura associated with the Red Chamber.

We enjoin all to shun this rancourous and myopic brand of politics. Barr Golden Chioma had before the Congress described the followers and admirers of RT Hon Rotimi Amaechi as “clownish loyalists”.

I can in turn only enjoin him to change, and try to extricate himself from myopic and barren dissidence, as his sojourn in politics will continue to be purposeless, as long as he maintains his current posturing of Barthemeus to the priceless goodness in Amaechi

Chief O.J. Akiri is a Stalwart of the Rivers State APC from Ahoada East LGA.