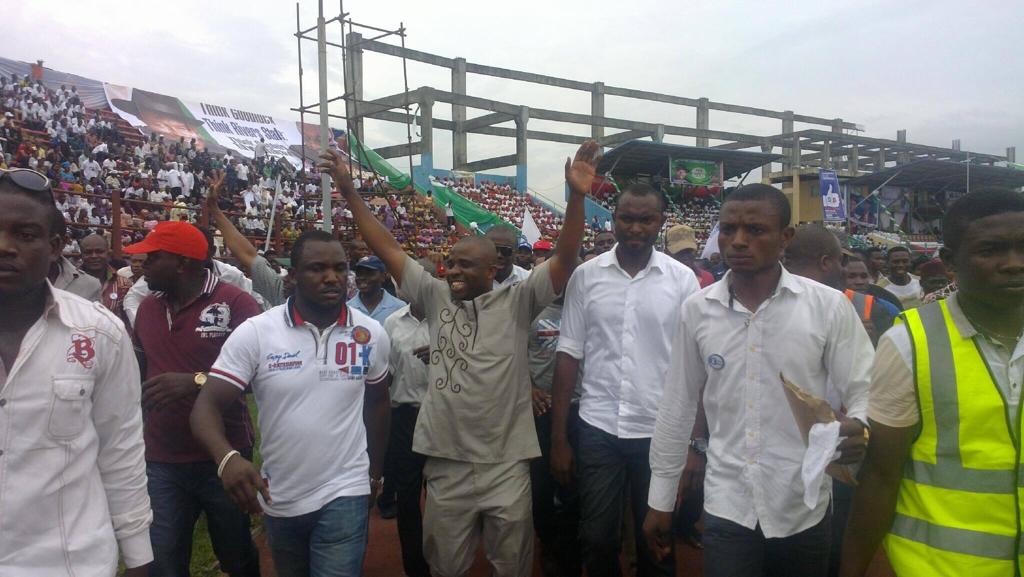 Rivers APC Chairmanship aspirant, Chizi Nyeomasila has said his plan to get the Rivers APC back on track and working, squarely represents a systematic and organized mechanism suitably crafted as a clear narrative in spotting and blocking every loopholes in the party’s internal machinery, identifying areas of strength and building on them, expanding the reach of the party and enriching her base at the grassroots, harmonizing leaderships and spelling out responsibilities and building capacity for efficient delivery.

Speaking in an interactive session with Journalists from local tabloids in Port Harcourt, Chizi said under his watch as Party Chair, the Rivers APC will do all that is required within the province of law and in line with the rules of political engagements, to prepare the stage for electoral victory in the 2023 elections.

“We will build capacity, train and retrain persons in constructive political activism and assign defined roles so that by the time the 2023 political struggle takes center stage, the party would have been stocked with the rudiments of victory recipe and as we launch into the field, we respond with the timeless echoes of a people united for the ultimate course to defeat a political predator and overturn a warped system”.

The frontline Rivers APC Chairmanship hopeful said those nurturing political interests must develop respect for national roots and differences, emphasizing that power must be distributed equitably to give people of all origins a sense of belonging in the political system.

He said with the huge collection of experiences he has gathered from sophisticated work environment and political engagements, he is very much acquainted with the concept of brotherhood and the notion of harmonious relationships. Emphatically, Chizi noted that “the idea of power rotation offers us the opportunity to recognize and respect our roots and diversities.”

See also  EXAMINING SECTION 84(8) OF THE ELECTORAL ACT, 2022 AND ITS CONSEQUENTIAL EFFECT ON PARTY PRIMARIES By L. G Jamala, Esq.

As a champion of justice, Chizi said he has always advocated fairness in power distribution and that his team has devised litany of plans to effect a shift to the riverine communities, in 2023. He added that the party will begin to work her talk on power rotation upon his emergence on October 16.

The 2023 elections, he said, will be a battle of brands. “Every candidate standing election on the platform of a political party is a brand. On that premise, Rivers APC needs a brand that would be better in all respects than the brands of the opposition. That brand will come from the riverine.

Chizi said there is more to the outcome of the state congress of October 16 than laymen can fathom. “The outcome of that process will determine our commitment to a power shift in 2023; it will reflect our judgement – our embrace or rejection of the PDP administration in Rivers State; our readiness to takeover the Brick House and liberate our people from the shackles of the corruption-ridden administration in Rivers State.”

He called on stakeholders to develop the courage to be able to strike a balance between the head and the heart and to say ‘NO’ when occasion demands.

Chizi Harps on His Plans for Rivers APC, Riverine Governorship and More, as He Grants Audience to Journalists in Port Harcourt

One Comment on “Chizi Harps on His Plans for Rivers APC, Riverine Governorship and More, as He Grants Audience to Journalists in Port Harcourt”