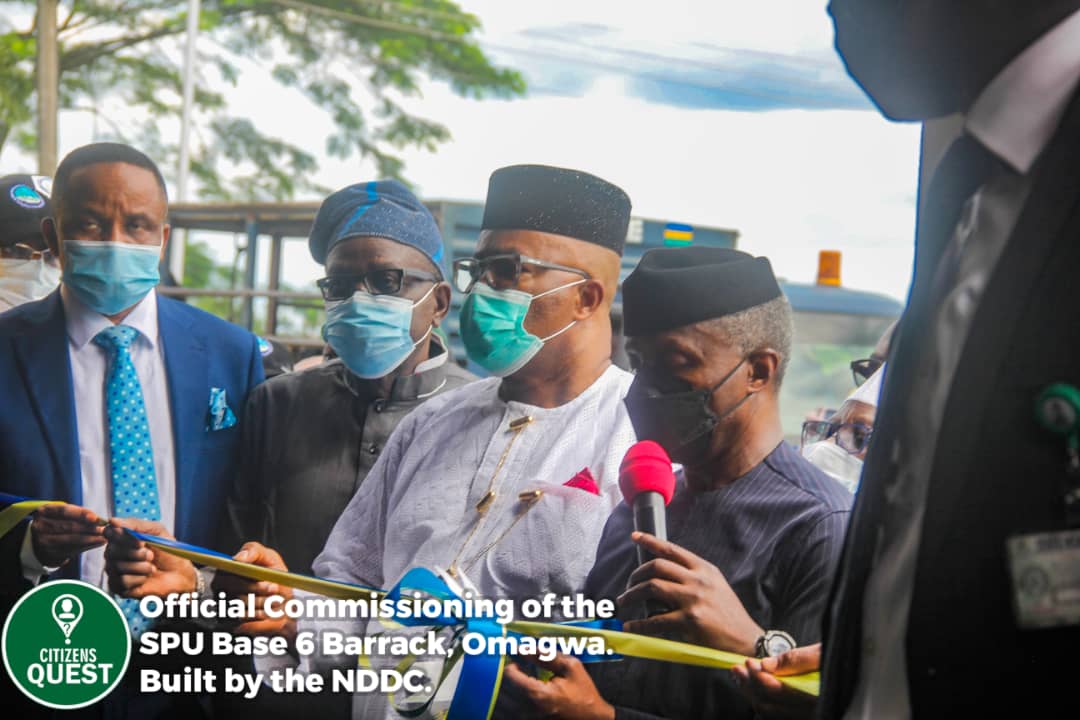 Citizen’s Quest for Truth Initiative has commended President Muhammadu Buhari, for responding speedily and positively to the housing deficit of men of the Nigeria Police with the completion, commissioning and handing over of the 64 units and luxury apartments by the Niger Delta Development Commission.

In a press statement released after the commissioning ceremony of the facility, Chief Obiaruko Ndukwe, President and Founder of the non-governmental organization, recalled that but for the several advocacies by the organization for the federal government and the NDDC to facilitate the return of the contractor to site, the project was as good as abandoned.

It would be recalled that the foundation laying ceremony was in 2012. The project, however, suffered several bureaucratic bottlenecks in the hands of previous NDDC managements, hence it’s abandonment.

When it became apparent that the project was on it’s way to suffer similar malaise associated with most NDDC projects under erstwhile managements, Citizens Quest mounted serious pressures on the government and the contractor for it’s completion.

With the commissioning of the housing facility by the President, ably represented by the Vice President, Prof. Yemi Osinbajo, the Special Protection Unit (SPU) of the Nigeria Police is well motivated to discharging it’s huge task of protecting lives and property within their catchment areas.

The press release also poured encomiums on the Hon. Minister of Niger Delta Affairs, Senator Godswill Akpabio and the Sole Administrator of the NDDC, Mr. Akwa for supervising and ensuring that the contractor of the project spare nothing in standard delivery.

The advocacy group further appealed to other contractors whose projects have been abandoned to ensure they mobilise back to site with a view to completing them. That way, the group noted, the entire Niger Delta landscape would experience reinvigorated spirit.