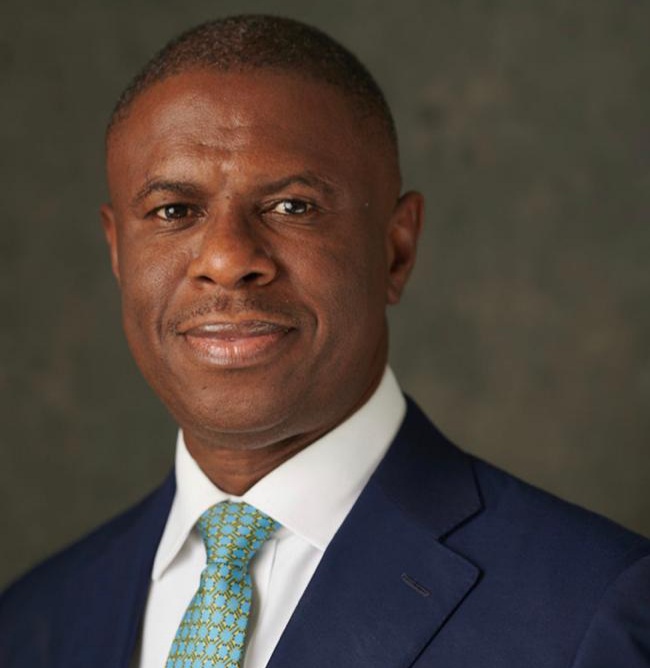 DAKUKU PETERSIDE: FOLLY OF A DESPERATE FOLK – A REJOINDER

The attention of the group, Friends of Dr. Dakuku Adol Peterside (FODAP), has been drawn to an effort in futility by a certain unknown Johnbull Ted writing in the name of another pseudonym Rivers Youth Front seeking to denigrate the person and reputation of an illustrious son of Rivers State, AmaOpuSenibo Dakuku Adol Peterside, PhD.

Let it be made abundantly clear that FODAP would not flinch when issues are brought to the fore by those opposed to whatever patriotic positions are taken by our dear friend, Dr. Dakuku Adol Peterside. Those whose duty it is to defend Chief Nyesom Ezebunwo Wike, Governor of Rivers State, are at liberty to do so provided no defence is made in breach of the same freedoms the Constitution guarantees citizens to demand for an open, accountable and transparent government. In the same token, we would not ignore the tantrums of those who have been given the ignoble task of running down one of Rivers State’s best exports to the public service of the Federation in contemporary era. We would not hesitate to respond to the blind who cannot see the absurd colour of the menu Wike is offering Rivers people but have also lost their taste buds to mundane judgment of issues by their stomachs.

If the so-called PRO of the non-existent Rivers Youth Front does not know, the records of Dakuku Adol Peterside, PhD in public service are an open book. They stand out as shinning examples of what middle-aged Nigerians can offer their country. For instance, his most recent appointment as Director-General/CEO at the Nigerian Maritime Administration and Safety Agency (NIMASA) between March 2016 and 2020 stands out as about the most accomplishing for Nigeria, maritime stakeholders in the Gulf of Guinea, management and employees of the Agency hitherto enmeshed in a cesspool of corruption, decay and despondency. His records at NIMASA are too sparkling clean and the memory too fresh to be left to conjecture. This is a quintessential public servant and Turnaround expert whose works at NIMASA the maritime industry would celebrate for a very long time and one every Rivers man or woman worth the citizenship of this great State should be proud of.

Add that to his brief as Honourable Commissioner for Works, Rivers State between 2007 and 2011 and only fools would doubt proofs that here is a man who has left none in doubt about his patriotism, professionalism and adaptability to the work environment no matter where he is detailed. Dr. Peterside did not read or specialize in any of the branches of Engineering but his groundbreaking results as Works Commissioner elevated the debate about the old Public Works Department of the State Government by the end of his term in 2011.

At the House of Representatives where he was elected to represent Andoni/Opobo/Nkoro Federal Constituency between 2011 and 2015, Dr. Peterside as Chairman of the House Committee on Petroleum (Downstream) again laid down visible markers that he is a well-horned character in the service of his people and nation.

He was not trained to manage the nation’s energy sector per se but by sheer dexterity, eagle vision and in-built versatility, he established himself once again as one man that can be trusted with courageous leadership, responsibility and power at any level.

As a core Rivers patriot in the House of Representatives, Dr. Peterside staged a walkout on his colleagues in the Hallowed Green Chamber alongside other Rivers sons when our Oil Wells at Soku where politically misappropriated to our sister Bayelsa State and the peace, progress and stability of Rivers State was at stake from the selfish pursuit of fleeting power by those who are bellicose over his criticism of their mediocrity. So, very clearly, Dr. Dakuku Adol Peterside does not speak to impress any political cause. He has always defended and would continue to rise in defence of the Rivers State whenever and wherever that duty calls. Those who reduce the exercise of his freedom of expression and duty of loyalty to the higher interests of Rivers State to political differences with their benefactor in the Brick House need to caution themselves therefore.

Yes, Dr. Peterside offered himself for the leadership of Rivers State on the platform of the All Progressives Congress in 2015 because he is eminently qualified to do so. As a youth, Dakuku Peterside had drawn deep experiences from his days as a former National President of the National Union of Rivers State Students (NURSS) in the days of the Old Rivers State. That experience in addition to his several other outings in the service of the State as enumerated above provide him with foundational knowledge of what our problems are and when he boldly set forth to continue from where the previous Administration stopped, everyone knows that the business of government is serious business, that it should never be left for emergency thinkers and contractual politicians knew that Rivers State was set for higher glory. He did not only indicate interest to emerge as Governor; he rolled out a “Roadmap”; a blueprint which was a chart to where he was ready to take the State. In a nutshell, DAP was prepared to lead while those who have reduced governance of the State to a breast pocket endeavour were not. To Wike who ran against Peterside in 2015 without a blueprint, politics is all about electoral conquest and he came to the contest without any consideration for the peace, unity and development of the State. To cover up his huge managerial deficiencies, what Wike has done over the last six years is to reduce every call for accountability from his government to a Street fight. But Dr. Peterside is too urbane for bush fights!! He is simply interested in holding Wike and his government accountable to Rivers people as the leader of the opposition being the only true opponent that Wike encountered on his bloody ride to power in 2015.

For the so-called Rivers Youths Front and all those who are still at sea over or about what the real issues are, we offer a synopsis in the fervent hope that they would be enlightened enough and rescued from the perennial petty mudslinging and ignorance they throw around in defence of Wike.

At FODAP, we insist that Wike could not have offered half of the possibilities Dr. Peterside was going to bring because his so-called vision existed only in his imagination. Wike wanted power for self-aggrandizement and no more. He came to power at the expense of the people’s blood and the peace of the State because he had a personal agenda to execute. No programme of action, hence his policies are haphazard and everything is done on Ad hoc basis and shrouded in secrecy. That is the reason Wike is the first Rivers Governor to have arguments with Rivers citizens over an issue as elementary yet very important as making the State Budgets public.

On the bit about some of the items Wike’s enthusiasts list as his achievements, the questions to ask are:

1. Where did Wike write or promise the construction of multiple flyover bridges on Aba Road for instance in his NEW Rivers Vision whilst campaigning for office of Governor?

2. When they say Wike built a Cassava processing factory at Oyigbo, where does that fit into his Administration’s policy on Agriculture. Can a Governor who sat and watched huge multi-billion Naira investments in Agriculture by the immediate past State Government across the State die with the hundreds of jobs they provided without batting an eye lid be said to have a policy on Agriculture?

In the absence of a clear-cut document which encapsulates the vision on the type of a united, peaceful, progressive and 21st century Rivers State Rivers people deserve, Wike has run the State virtually by knee-jerk reactions! These days, we can only imagine where we would have been were Dakuku Peterside the man leading us these past six years. We can only imagine because the yawning gaps in leadership from the absence of a well-thought out compass and contract of stewardship are too noticeable. Perhaps, Dr. Peterside would not be here shouting himself hoarse if Wike had swallowed his arrogance and adopted the blueprint he commissioned another illustrious son of the State, Mr. Nimi Walson-Jack, to develop for him when he became Governor as his working document.

We hereby call on those who feel aggrieved that Dr. Dakuku Peterside responds to the honourable call of nature and the conscience of Rivers people to speak truth to power as the Alternative government to think twice. If Nigeria had not witnessed his capacity to successfully lead a huge multi-sectoral Agency like NIMASA without blemish then we could have offered those who moan in reaction to his patriotic interventions an ear. Unfortunately for them, this is not the time for politics, mudslinging or electoral debates. This is the time for character-based leadership and subjection of the Governor to the dictates of both the yearnings and aspirations of Rivers people as well as the Constitution of the Federal Republic of Nigeria that he swore to protect and defend. No more; no less. When the time for politics comes, we would be here to demand from Wike and his government an account of his stewardship. When that day comes, neither his personal attacks on Dr. Dakuku Peterside for demanding for probity nor his snide, even utterly disrespectful remarks at his predecessor in office would suffice.

Barr. Donald Amadi
(For and on behalf of FODAP)
3rd December 2021

Dakuku Peterside: Folly Of A Desperate Folk – A Reminder