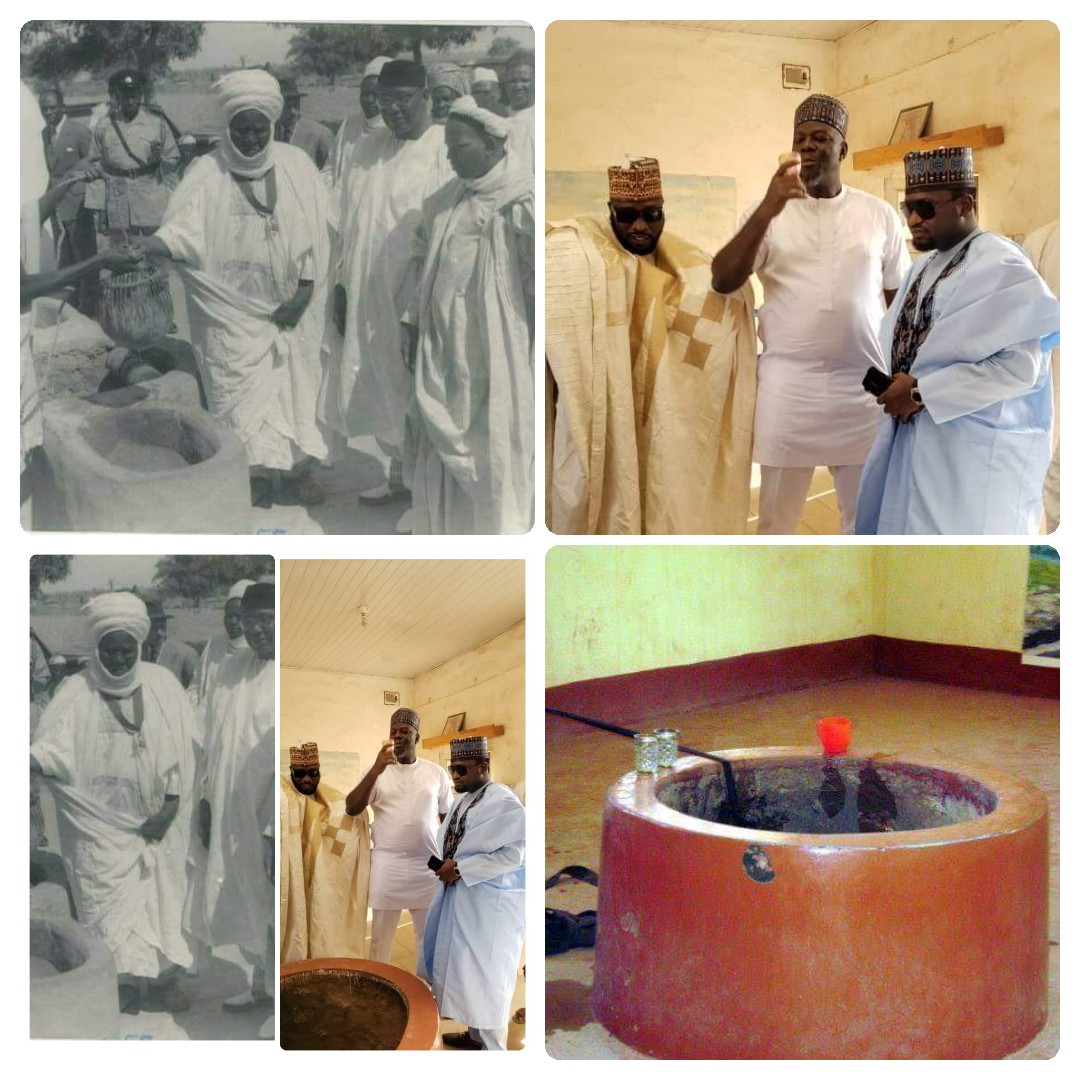 History was made last Friday, same Well from which Engr Dr Chukwudi Dimkpa drank in Daura last weekend, in the 1960s, the Emir of Daura had led Dr Nnamdi Azikiwe to drink from the ancient Kusugu well located in the town of Daura, katsina State.

When you see a man as Engr Chukwudi Dimkpa on a journey to a certain direction, for those who are wise, needless asking too many questions, you will not need a magician to be able interpret the extent to greatness in which he is headed.

For those who have read stories about Dr Nnamdi Azikwe’s power ascendancy theory and are students of the Nigerian history, it won’t be too difficult to be able to discern the direction of the Isiokpo-Rivers born business mogul and political tactician.

To getting you to understand and appreciate my point better, please permit me to take you through a bit of historical background of the Kusugu Well Daura.

According to historical traditions, the Kusugu well was discovered in the 7th century. The well is of great historical importance to the Hausa people because of its link with establishment of the Saurata system in Hausaland.

Records has it that Kusugu well was discovered in the 7th century during the reign of Queen Daurama who was said to have shifted the capital of Daura Kingdom from Tsohon Birni to the present Daura town as a result of the new found source of water (i.e. Kusugu Well).

However, it happened that the well, which was the only source of water for the people in those days was occupied by a dangerous snake which denied people access to the well water except on Fridays.

The people of Daura continued to live with the water problem until Bayajidda, the son of Abdullahi the ruler of Baghdad, visited the town.

Following strife with his father in the 10th century, Bayajidda set for the west with some of his brothers. He later arrived and stayed briefly in Borno where he married Magira the daughter of the ‘Mai of Borno’. He later left Borno and continued his journey westwards and reached Dala hills in Kano where the pagan blacksmiths made a knife for him.

Bayajidda continued his journey northwards until he arrived Daura late in the night. On entering the city, he sought water for his horse. However, he was informed that water was available only on Fridays owing to the snake, sarki in the well. Bayajidda then asked the way to the well. When he reached there, he put the calabash into the well. The snake seized it and threatened to kill him. He then pulled the snake to the surface and cut its head with his sword.

The following day the town people became amazed when they found the body of the dead snake beside the well. News of the event reached Queen Daurama who was head of government of the town. Daurama quickly sent for Bayajidda. Bayajidda came along with the head of the snake. She told him that she had promised to give half of the town to the man who killed the snake. But he replied that he prefer to marry her rather than being given half of the town. Daurama accepted and the two got married. Daurama later give birth to a make child who was named Bawo.

Daura was believed to be one of the largest Hausa cities of that time and at present, Kusugu well is preserve as a historical site and monument since more than 2000 years ago.

Many leaders like Dr Nnamdi Azikwe and especially those who had desired ancestral blessings to attain political power in Nigeria have had to visit and drank from the Kusugu Well.

The Hon Minister of Transportation, His Excellency, Rt Hon Chibuike Amaechi was just recently turbaned in Daura as Dan AMANAR of Daura. Before his turbannig on Saturday, recall he was in Daura on Friday ahead of his coronation on Saturday fulfilling required rites.

Don’t ask me if part of those rites would include visiting and drinking from the ancestral Kusugu well. I do not know. Ask me which day in the week can people be able to access and drink from the ancient well and I will tell you it’s Fridays only. That’s what I know.

Tourists from within and outside the Country visits as well.

The sword and the knife which Bayajidda used in killing the snake and the royal drums of his wife Magajiya form part of the royal regalia of Daura, and are preserved in the palace of the Emir.

The water in Kusugu has never dried up, and believed to cure many ailments. (facts are sourced differently)

One Comment on “Dr Chukwudi Dimkpa, Like Nnamdi Azikiwe Drank From The Ancient Kusugu Well By Dae Steven Deegbara”