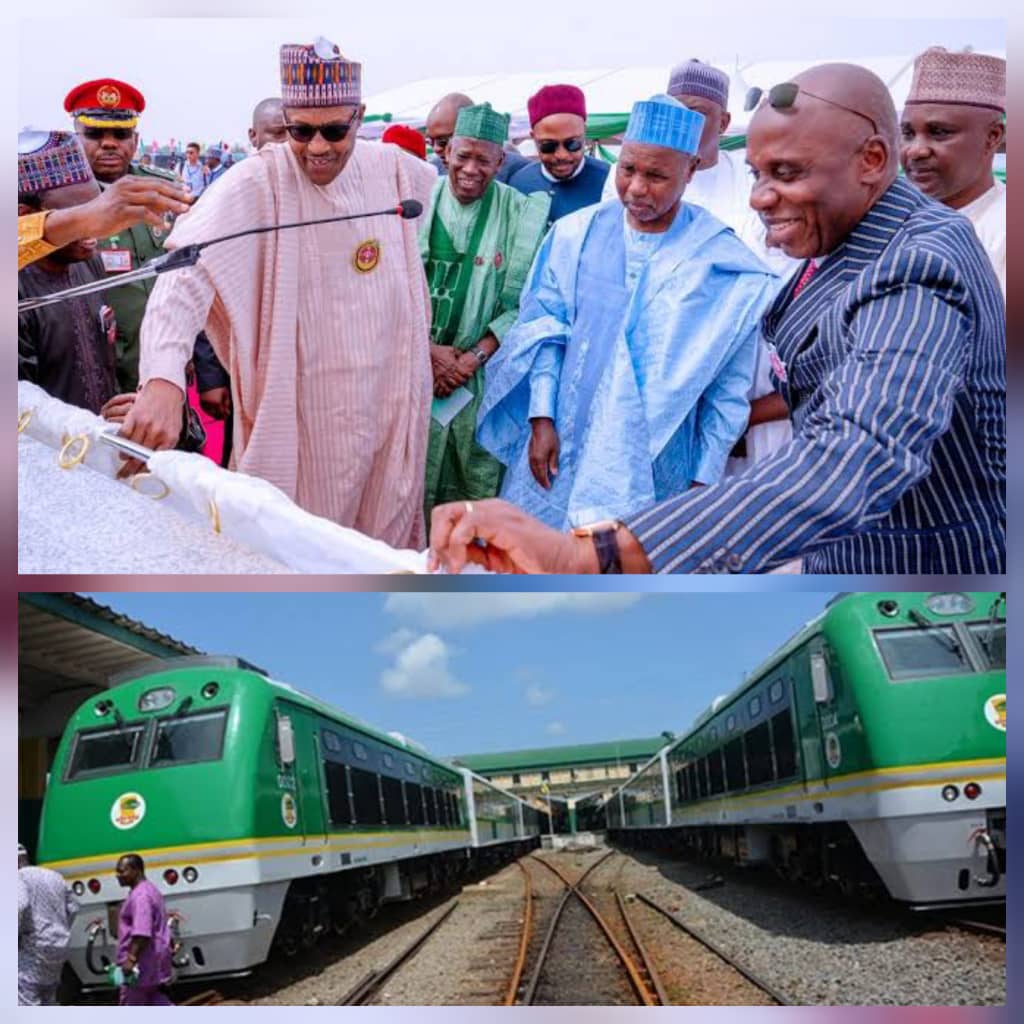 Chieftain of the All Progressives Congress and erstwhile National Publicity Secretary of the defunct New Peoples Democratic Party (nPDP), Chief Eze Chukwuemeka Eze, has squealed in delight over federal Government’s offer of a weeklong free train ride to Nigerians, to mark Christmas and new year, describing the gesture as a demonstration of a cordial understanding of the effects of the current global economic realities and their corresponding feelings on Nigerians.

Recall that the Federal Government announced the free train service on Friday in a notice issued by the Nigerian Railway Corporation with reference number PRO.14/TROPS/VOL.1/50, and signed by the Deputy Director, Public Relations, NRC, Yakub Mahmood.

The free train service was approved by the Federal Ministry of Transportation, according to the NRC, as it stressed that the gesture was for all its passenger train services across the country.

In a statement made available to media houses in Port Harcourt, the party Chief said the Buhari/APC administration understands the basic needs of the people and knows how best to tackle their grounds of anxiety, noting that the free train service is one way the current administration has manifestly shown a deal of sensitive empathy towards the concerns of the Nigerian people especially during times of general discomfort.

Dismissing insinuations that the Federal Government’s show of courtesy is a political gesture strategically devised by the Transportation Minister, Rt. Hon. Chibuike Amaechi, to draw public attention to himself and the President Mohammadu Buhari led APC administration, Chief Eze said the decision to offer free train services for the festive period is borne out of compassion and the priority the Nigerian government places on citizens as the biggest asset of the most populous black nation.

With the FG’s kind gesture, Eze said passenger trains on both standard and narrow gauge lines, which include Abuja to Kaduna, Lagos to Ibadan, Warri to Itakpe, Kano to Lagos, Minna to Kaduna, Aba to Port-Harcourt routes will be free from Friday, December 24, 2021 to Tuesday, January 4, 2022.

Similarly, Chief Eze commended President Mohammadau Buhari, the Minister of Transportation, Rt. Hon. Chibuike Amaechi and the entire members of the federal Executive Council for the approval of funds totaling $11.17 billion for the Lagos – Calabar coastal rail project to link all coastal cities in the country by rail in six years.

According to him, “The first one actually has to do with the Kano-Jibiu rail and the other one has to do with the Port-Harcourt – Maiduguri rail.” “Actually, what was approved was funding to ensure that work starts immediately on those two rails.”

Lagos to Sagamu, Sagamu to Ijebu-Ode, Ijebu-Ode to Ore, Ore to Benin City, Benin-City to Sapele, Sapele to Warri, Warri to Yenogoa, Yenegoa to Port Harcourt, Port Harcourt to Aba, Aba to Uyo, Uyo to Calabar, Calabar to Akamkpa to Ikom, Obudu Ranch with branch lines from Benin-City to Agbo, Ogwashi-ukwu, Asaba, Onitsha and Onitsha Bridge and then Port Harcourt to Onne Deep Sea Port.

With the approval, Chief Eze said President Buhari has shown sufficient commitment towards his pledge to revolutionize infrastructure and make Nigeria the African hub for rail transportation.

Eze further hinted that the 185.5km Lagos-Ibadan double standard gauge line with extension to Apapa seaport is already nearing completion, while the 186km Abuja-Kaduna and 302km Warri-Itakpe standard gauge lines have long been completed and functional and are already yielding economic gains for the country.

See also  Eze Replies Those Calling for the Sack of Labour Minister, Chris Ngige, Over His Stand on Preferred Presidential Candidate Ahead of 2023.

Reminding Nigerians that the Kano to Niamey rail was designed by President Goodluck Jonathan but the Kano-Maradi stretch was started by Mohammadu Buhari, Eze called on those hounding the President and his Transport Minister over the Kano – Maradi rail line, to carefully study the project and aver their minds to the serious economic potentials it holds for the country.

He called on Nigerians to continue to repose strong confidence in the administration of President Buhari, especially for the commitment shown by the Transportation Minister, to deliver on the mandates of his office.