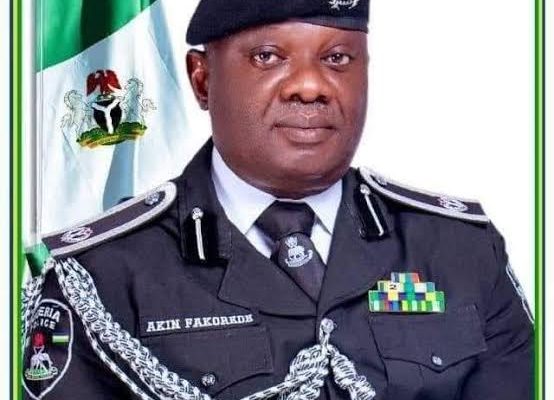 Describs him as Nigeria’s Unsung Crime Fighter, an Icon, an enigma, a pragmatic, humanist and extradinaornary philanthropist. Continue Reading

Chieftain of the All Progressives Congress and erstwhile National Publicity Secretary of the defunct New People’s Democratic Party (nPDP), Chief Eze Chukwuemeka Eze, has joined people of goodwill and the entire civil society to express a warmth felicitation to ACP Akin Fakorode on the auspicious occasion of his birth today, 22nd August, 2022.

In a statement made available to media houses in Port Harcourt, Chief Eze said it is great and epochal day in the history of mankind as God in his infinite mercy and love decided to bless humanity with the birth of a special specie in the person of ACP Akin Fakorede.

He said “the news of the birthday celebration of this my special friend Assistant Commissioner of Police (ACP) Akin Fakorede, former Commander of defunct Federal Special Anti-Robbery Squad (F-SARS) in Rivers State came to me few hours ago and I decided to suspend most of my activities for today to join my Principal and boss, Rt. Hon. Chibuike Rotimi Amaechi, erstwhile Minister of Transportation and a Presidential aspirant of APC and thousands of the associates and admirers to celebrate this enigma, Icon and unsung Nigeria Best crime Fighter whose activities while in Rivers State sent most criminal minded fellows out of the State”.

Eze described ACP Akin as a special breed whose sense of duty in the fight against crime and criminality sent shivers down the spines of criminal elements across Rivers State when he held sway as F-SARS Commander.

In the course of his career, he has etched his name on the sands of times through numerous achievements and accolades while fighting crime in Rivers State.

The fact remains that Fakorede is not only good at fighting crime but has good human relations with people that come across him; always ready to render assistance to the needy within his reach. Consequently, he has been able to inculcate the spirit of hardwork, discipline, integrity and leadership among the officers and men of the force under his authority.

A native of Omuo-Ekiti in Ekiti State, Eze said Fakorede was born on August 22nd 1971, and his passion for humanity made him join the Nigeria Police Force in 1992 as a Cadet Inspector trained at the Police Academy, Kano.

Fakorede has served with the United Nations (UN) under the UN African Mission in Darfur in 2003 as well as African Union (AU) in Somalia.

Akin Fakorede, is an officer who knows his onions and puts in the work wherever he finds himself.

Humanity is very fortunate to have ACP Fakorede in the force as he continues to project the image of the force positively,” 51 is a milestone age and I wish him the very best on this joyous occasion”.

Some of the trainings ACP Fakorede has attended include;

ACP Akin is an active member of the International Association of the Chiefs of Police among others.

ACP Akin a Christian and a child of God a man whose faith and believe in every word of the Bible is not in question counselled that tackling crimes will require an integrated approach, especially many actors working together to deal with the security challenge in the Niger Delta. Security is key. In addition to security, we also need to fight crimes with jobs, morality and with the leaders setting proper examples for the youths to follow. To achieve this leaders of churches and mosques should place emphasis on Godly principles. You must be your brother’s keeper. You must not take what does not belong to you. You must not put your hope in earthly things and you must not be too materialistic. You must develop the spirit of contentment, to live a good life. Part of what is responsible for the high rate of crimes is poor moral upbringing of our youths and the attraction to filthy lucre and material things, which have taken over the time-tested and proven principles of contentment.”

According to this International and respected Police Officer, “Policing is a partnership. Security is everybody’s business. Everybody should be vigilant. Ahead of 2019, the youths should resist being used as thugs and should always consider their future, thereby engaging in meaningful ventures to contribute to societal development.

There are lots of opportunities out there for the youth who ought not to resort to crime. There are many programmes designed by the Federal Government to engage the youth, like the N-Power and recruitments going on in all of the services. The youths should take advantage of all the government policies and programmes.

We now have transparent employment processes. Employment opportunities/vacancies are advertised daily on the Internet or social media and in newspapers. Forms are now filled online. I want to encourage the youths to take advantage of these opportunities.

The youths can also be self-employed and embrace the empowerment programmes of the Federal Government, other tiers of government, development agencies, companies, individuals and other stakeholders.

Youths will live more meaningful lives if they are engaged. The temptations to get involved in criminality will not be there if you are doing something meaningful for yourself.

HIS EXPERIENCE AND REWARDS:

Akin acknowledge that his experience in policing has been rewarding and challenging. The police force has given me a lot of opportunities. I have served with the United Nations (UN) under the UN African Mission in Darfur, a region in Western Sudan where a major armed conflict began in February 2003. I was part of the pioneer UN team in Darfur on December 30, 2007. I have also served with the African Union (AU) in Somalia. I have been privileged to go on overseas training.

The Nigeria Police Force has also given me an opportunity to train and qualify as a lawyer from the University of Calabar (UNICAL) in Cross River State. I later went to the Nigerian Law School, Enugu Campus. Then, there was no Yenagoa Campus. I was called to the Bar in May 2007. I also have a master’s degree in Business Administration (MBA) from UNICAL. Presently, I am running a master’s programme in Law in a Nigerian university.”

THE AWARD THAT INSPIRED ACP AKIN SO MUCH

On October 5, 2017, a delegation of the Niger Delta Bishops and Ministers’ Forum, also known as United Bishops and Eminent Clerics Initiative of Nigeria Inc.award was the most inspiring as it came when Rivers State Governor, Chief Nyesom Wike, and his allies in the People’s Democratic Party (PDP) decided to declare war on this fearless Crime Fighter, “The award was very inspiring, highly motivating and very sobering indeed. It was never arranged. I do not know the eminent personalities across the Niger Delta region who gave me the award. The award means that in the midst of all the noise and distractions, we still have people who genuinely recognised that we are doing so much to keep them safe. That is very humbling, and I am very grateful to all the members of the Niger Delta Bishops and Ministers’ Forum for the honour and their support.

PROTEST AND THREAT TO HIS LIFE:

To prove how uncomfortable some political leaders of Rivers State were with this fearless Crime Fighter the Governor of Rivers State, Nyesom Wike led a protest march against him and sometime in 2017 while discussing of the best seasoned Journalists, Dr. Bisi Olaniyi then Bureau Chief of the Nation Newspaper he narrated how he was nearly killed by some hired tugs titled, “How I escaped death in encounters with daring gangs—Rivers F-SARS commander”

“There have been challenges and there are challenges on a daily basis. I have escaped death on many occasions from armed gangs/armed robbers. I have accosted very daring groups of armed robbers in the Niger Delta, especially in Rivers State. We fought our way to escape. We had gun battles with various armed groups. God has always given us victory.”

ACP AKIN FORKEDE AND HIS FEATS:

Eze recalled that one of the most outstanding feats of this extraordinary Police Officer while in Rivers was the widely publicized recovery of 31 PVC Reader Machines from a bush In Rivers State believed to have been stolen from the Independent National Electoral Commission (INEC).

The SRCs were recovered in a bush on Rumuji-Emohua axis of the East-West Road in the South south state. They were allegedly thrown into the bush by thugs who were fleeing to escape arrest believed to be working for one of the major political parties in the State.
This recovery amongst many of such feats was the factors that caused many enemies of Rivers State to ensure many of his persecution and redeployment from Rivers State.

Sadly since his redeployment from Rivers State crime and its related activities have increased in the State. Our prayer is that one day this Super Crime Fighter will be remembered and appreciated accordingly.

A devout Christian, he is married with kids.

Let me conclude with this birthday message widely circulated by Rt. Hon. Chibuike Rotimi Amaechi immediate Minister of Transportation and APC Presidential aspirant to Akin Forkede, “it is my prayer that from this day , the hand of the Almighty shall guard and guide you in a new dimension, and build you into the image of His thoughts towards you”

Finally, I congratulate ACP Akin Fakorede on this auspicious day of celebration of his 51st birthday. Wishing him many more fruitful years in good health. 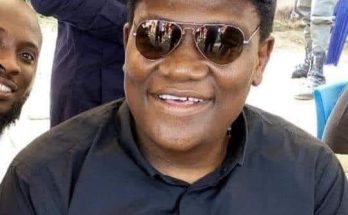 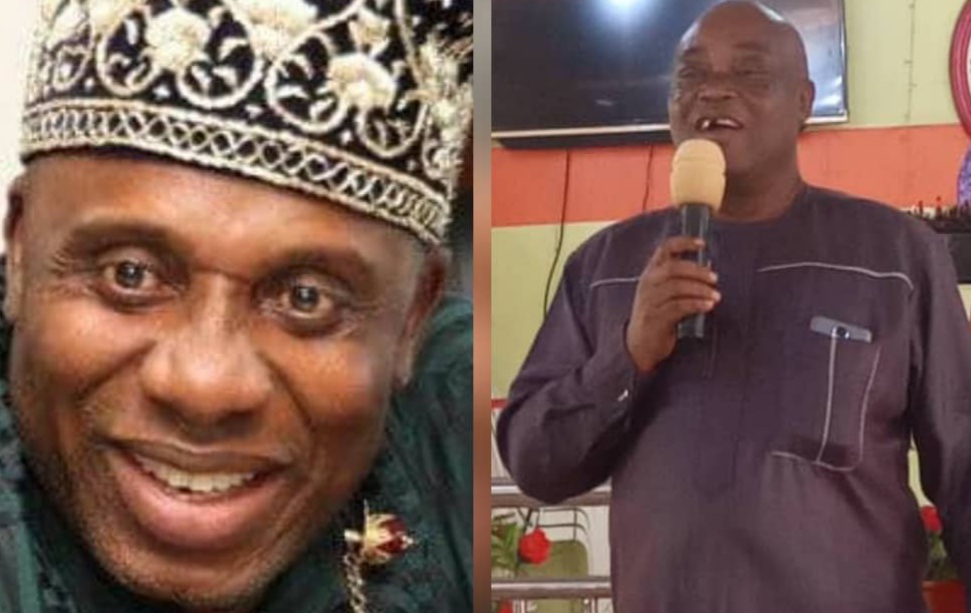 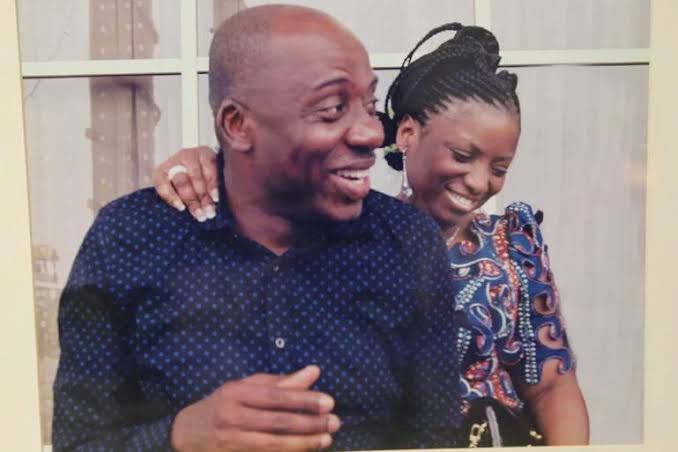 DAME JUDITH AMAECHI CONGRATULATES HUSBAND ON HIS 57TH BIRTHDAY, DESCRIBES HIM AS THE SYMBOL OF UNITY OF NIGERIA