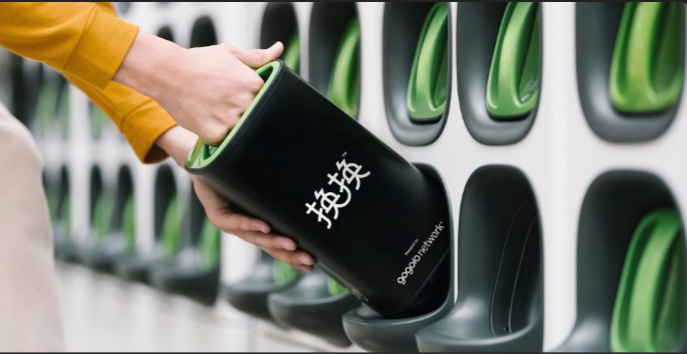 Gogoro has announced that its hot-swappable battery technology has arrived China and will be compatible with two local scooter brands so far. It’s the company’s first large-scale expansion, after promising earlier this year to bring its scooters and tech outside of Taiwan.

In May, the company announced a partnership with China’s Yadea, the largest electric two-wheel manufacturer in the world, and DJC, another Chinese scooter giant. “Today’s launch in China, the world’s largest two-wheel market with more than 300 million riders, is a key milestone for all cities,” said Gogoro founder and CEO, Horace Luke.

Yesterday, both companies unveiled electric scooters designed to work with Gogoro’s hot-swappable batteries, branded “Huan Huan” in China. Yadea announced two vehicles that will be “part of a larger portfolio of Gogoro-powered vehicles, while DJC took the wraps off its own prototype, Gogoro-powered scooter.

Gogoro is the largest scooter company in Taiwan, but is best known for its unique swappable battery tech that lets users avoid the usual wait for a charge. The system allows users to buy scooters without a battery, making the initial purchase cheaper. Users then “rent” batteries via a subscription and are charged per Ah of electricity used. When their battery gets low, they can head to a “GoStation” and swap for a freshly charged one in as little as six seconds. The company uses cloud tech to ensure users can find batteries easily and that they don’t overload energy grids.

The scooters come at a good time in China, which enacted legislation to retire up to 250 million gas- and diesel-powered vehicles by 2025. The launch could also act as a test of Gogoro’s battery swapping tech for future expansions around the world.