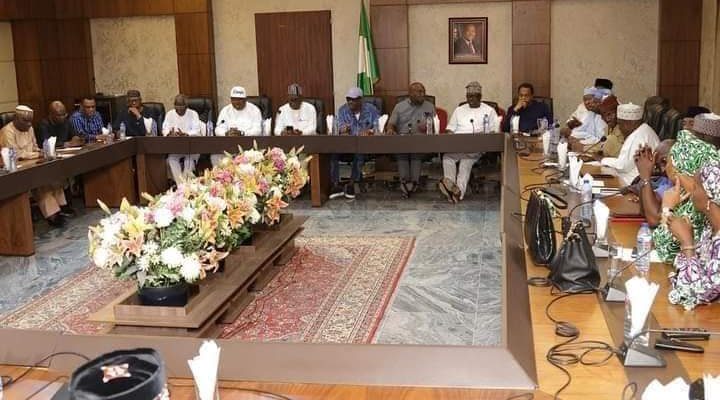 Governor Nyesom Wike met with his strategy team that formed his Presidential Campaign Organization at an expanded meeting today which held for several hours. This is the first time the coordinators of his campaign has met after the national convention that produced Alhaji Atiku Abubakar as the Presidential candidate for the PDP.

Spokesman of the group, Prof Jerry Gana in a brief but terse statement to journalists disclosed that the group met to review the convention and other issues related to it.

He said their supporters and Nigerians will be briefed as soon as discussions on the next step continue to unravel.

Some of those who attended the meeting included Governors Samuel Ortom, Seyi Makinde, Ifeanyi Ugwuanyi of Enugu, Oyo and Enugu States respectively.