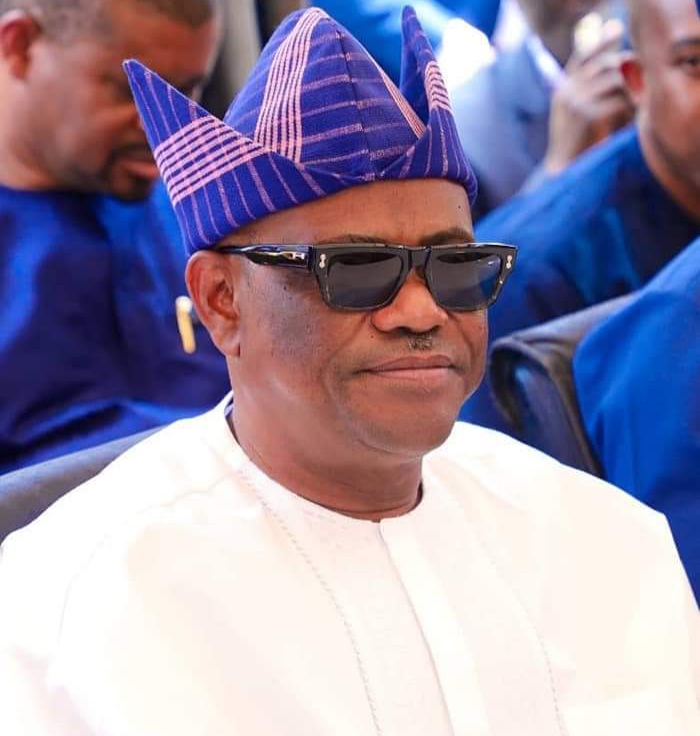 “Conscience is an open wound, only the truth can heal it” Usman Dan Fodio

As it was between May and October 2015, so has it been again for Rt.Hon. Chibuike Rotimi Amaechi in 2022, since he declared his intention to contest for the position of the President of the Federal Republic of Nigeria. It has been one concerted plot or another from Chief Barr. Ezenwo Nyesom Wike with the sole intention to malign Mr. Amaechi and create a very wrong public perception of him.

Governor Wike’s grouse has being that Rt.Hon. Amaechi as Governor of Rivers State refused to endorse him (Wike) as Amaechi’s successor in 2015. Amaechi and Wike are from same ethnic group (Ikwerre) and Amaechi had reasoned that having been Governor for 8years, another Ikwerre man should not immediately succeed him, but that the governorship of the State should shift to the riverine part of Rivers State (the Ijwa group). It would seem that Amaechi has been vindicated today. Not only by the fact that Governor Wike now advocates for power shift in Rivers State and at the National level, Governor Wike has actually nominated and endorsed a riverine ijaw man, not another Ikwerre man, as his own potential successor. So, what was the wrong, one would ask after all, committed by Amaechi in advocating for power shift in Rivers State in 2015.

I do not intend to bore anyone with a prose of what every Rivers person is aware of. Therefore, I shall go straight to the issues of the allegations, the Judicial Commission of Inquiry, the White Paper and the judicial proceedings leading to the judgement of the Supreme Court delivered on 27th May, 2022.

Aggrieved by the designation of the Panel as Judicial Commission of Inquiry, Rotimi Amaechi went to court to challenge the power of the Governor to so designate the Panel and by implication the effect of the Report of such Panel. Recently, I have read on several platforms the erroneous interpretation of the suit to the effect that Rotimi Amaechi went to court to challenge the probe of his administration. Far from the truth as Rotimi Amaechi had always maintained that his administration was open to probe, but in doing so, it must be done within the scope of law and without any predetermined outcome or malicious motives.

See also  Did Osinachi’s Corpse Sing ‘Ekwueme’ At Night?, This Is What National Hospital Has To Say

I do not intend to over-flog the fact that the Supreme Court, in its judgement delivered on 27th May 2022, in Suit No. SC/911/2017 between CHIBUIKE ROTIMI AMAECHI VS THE GOVERNOR OF RIVERS STATE & 9 ORS, decided that Rotimi had less or nothing to worry about as the Report of the Panel, howsoever called, was not a criminal indictment or conviction, as he was never under any criminal investigation or trial by the Judicial Commission of Inquiry. The Supreme Court, also in that case, clearly stated that should there be any allegation of crime made against Rotimi Amaechi, Rivers State Government must then refer such allegations to the appropriate law enforcement authority (in this case the EFCC) for investigation.

ON THE ALLEGATION OF PURPORTED NON-EXISTENT N96 BILLION
On the 27th of May, 2022, when Governor Nyesom Wike, for the first time made an allegation of a missing N96Billion on a Live Channels TV program, I publicly challenged the Governor to show proof of any part of the 178-page Report of the Judicial Commission of Inquiry dated October 2015 (no specific day endorsed) where the figure or amount N96Billion was mentioned or insinuated, even in passing, having read and digested the Report of the Judicial Commission of Inquiry.

Curiously and without any form of apology or explanation to the public, Governor Nyesom Wike, during the inauguration of three members of the State Executive Council on 9th June 2022, in a swift summersault, changed his allegation from “missing N96Billion to “missing $50million Dollars”. Assume for the purpose of analysis that he was right; a multiplication of $50m dollars, even at the rate of N1,000/per dollar cannot amount to anything near N96Billion. From nowhere did any of these figures emanate except from the “Book of Political Witch-Hunt”, authored by Governor Wike himself.

Albeit, I hereby, once again, dare and challenge Governor Wike to show proof of the part of the Report of his Judicial Commission of Inquiry where the FINDING or RECOMMENDATION of any missing or stolen N50million Dollars was made. That does not exist. Rather the Commission in itself findings and recommendations claimed that there was an outstanding $28.4 million balance (debt) yet to be paid by the purchaser in the Share Sale Contract between the Rivers Government and NG Power Ltd. A claim which the parties to the contract have “allegedly” resolved as published by the Sahara Group. See: https://www.sahara-group.com/2022/05/28/sahara-group-clarifies-misleading-media-reports-on-rivers-state-power-assets/

ON THE PROSECUTION ORDER ISSUED BY GOVERNOR WIKE TO THE ATTORNEY GENERAL OF RIVERS STATE
Governor Wike as a lawyer should have known better than to issue an unenforceable order to the Attorney General of Rivers State. The Governor ought to have known that prosecutorial discretion is a constitution power/discretion which the Attorney General enjoys and exercises absolutely and exclusively, without any form of judicial, executive and administrative interference. By Governor Wike’s directive to the Attorney General to prosecute Rotimi Amaechi, he took what was supposed to be a legal process, if any, and it’s outcome away from the realm of criminal prosecution and put them squarely in the place of criminal persecution. Whether the law will condone that is a decision which only the court can make. Also, I will refrain from commenting further on that.

THE PLIGHT OF THE ATTORNEY GENERAL AND THE ODIOUS TASK OF PERSECUTING ROTIMI AMAECHI.
The Attorney General of Rivers State, Prof. Zachaeus Adango, my former lecturer and a fine gentleman, must be on crossroads in executing his unenviable task of persecuting Rotimi Amaechi. Unfortunately, his advice might be unacceptable and worthless to the person of Governor Wike who harbours a predetermined expectation and outcome.

The Attorney General of Rivers State, a very senior counsel, professor of Law and Senior Advocate of Nigeria (SAN), as I know him, would be under a dilemma and silent discomfort contending with the realities of the law and the task of fulfilling the unlawful and inordinate desires of his appointor to persecute Rotimi Amaechi at all cost. For instance, how would the Attorney General get around the fact that:

1. Rt.Hon. Chibuike Rotimi Amaechi is formally challenging the White Paper of the Rivers State Government issued pursuant to the Report of the Judicial Commission of Inquiry, before the Rivers State High Court in Suit No. PHC/1739/CS/2022 between ROTIMI AMAECHI VS THE GOVERNOR OF RIVERS STATE & ATTORNEY GENERAL OF RIVERS STATE, which is pending before HON. FIBERESIMA, J, the very foundation upon which Governor Wike issued his unconstitutional order to the Attorney General of Rivers State; a LEGAL RIGHT which Rotimi Amaechi has, as affirmed by the Supreme Court in appeal no. SC/911/2017: AMAECHI VS THE GOVERNOR OF RIVERS STATE & ORS.

3. there is a statutory duty and need for the investigation of the alleged financial crimes against Rotimi Amaechi, in this case by the EFCC, the appropriate law enforcement authority empowered to do so. The dilemma of the Attorney General and Governor Wike herein is not the lack of knowledge of this position of the law by the Supreme Court, BUT whether to actually open the gates to Rivers State financial books and welcome the EFCC for investigation, in view of the N117 Billion allegations pending before the same EFCC against Governor Wike and the Governorship Candidate of the PDP in Rivers State. I pray that Governor Wike gets manly enough to welcome the EFCC in the overall and best interest of Rivers State;

Obviously, the whole claim about missing N96 Billion and $50 million is purely political, as non arose from the purported Report of the Judicial Commission of Inquiry of October 2015. Yet, the misinformation is trending, being pushed/promoted with Rivers State taxpayers money.

Unfortunately, nothing is being said of the fact that Chibuike Rotimi Amaechi, built Federal Government owned infrastructures (roads) within the state for which the Rivers State Government was refund about N78Billion in 2019 or thereabout, during Governor Wike’s administration. You may as well call that a Return on Investment (ROI) made by Amaechi on behalf Rivers State. Amaechi did not fritter those funds away.

I conclude on this note: Governor Wike, I hope that after you, there shall also be refund or return on investment for works or investments which you have made on behalf of Rivers State during your tenure as Governor of Rivers State.

May the truth heal your conscience