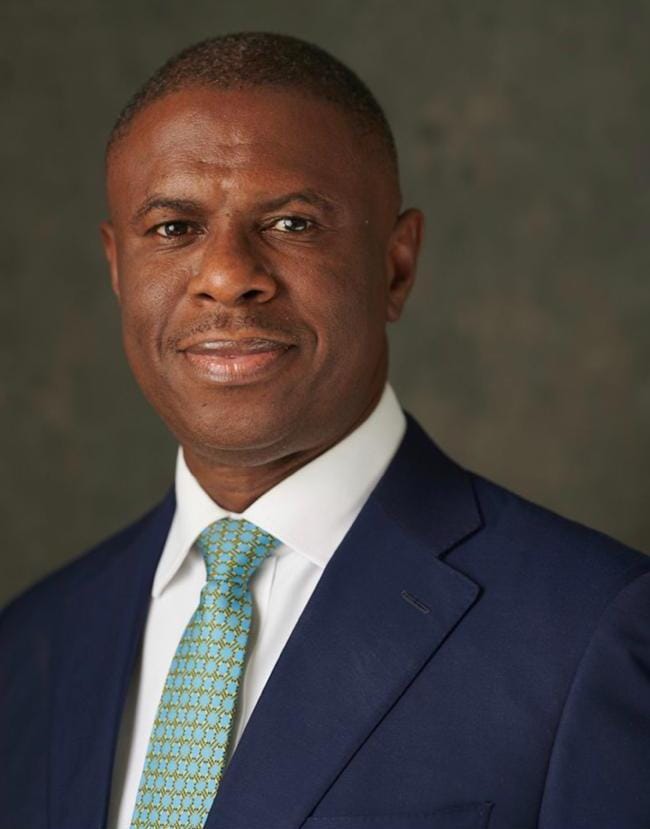 Globally, citizens of countries with democratic profiles are beginning to question the efficacy of democracy—especially democracy’s capacity to deliver the development agenda. A survey conducted by Pew Research shows that across 34 countries, a median of 52 per cent of those interviewed is dissatisfied with democracy.

The dissatisfaction cuts across citizens of matured democracies of the UK, the US, France, and Japan. A similar report was filed by Afrobarometer, a Pan African independent research network in Ghana. Its recent survey of citizens of 34 African countries under democratic regimes discovered a “democratic disappointment gap”.

This increasing loss of confidence is partially responsible for the convening of a global democracy summit on December 9 -10, this year by President Biden of the USA with the objective of “defending against authoritarianism, fighting corruption, and promoting human rights as well as set agenda for democratic renewal and to tackle threats faced by democracy”. Nigeria was one of 17 African countries and  111 countries globally invited to the summit.

The Carnegie foundation described Nigeria as one nation where democracy is backsliding in its analysis of invited participants. This development has redirected us to pertinent questions about the potency of democracy to deliver development in Nigeria: Is there a Nigerian democracy? Is it really backsliding? Has it failed Nigerians? And if it has failed, what should be done to arrest the situation?

Democracy is a universal concept that embodies fundamental principles and doctrines that make it unique as a form of government. It relies on the idea of the supremacy of the people. The first aspect of democracy is that the people have the right to choose and decide who will govern them through periodic elections and hold the officeholders accountable for the power they derived from the people. It presupposes that it is the fundamental right of citizens to vote or be voted for in a free and fair election.

The second aspect of democracy is that principles govern it, without which it becomes an aberration and a folly of indescribable proportion even with the first aspect (periodic election to choose leaders). These principles include the rule of law, fundamental human rights, liberty, and accountability, and it is only the combination of these two aspects that makes democracy worthwhile.

Analysing how Nigeria fares in these two critical aspects of democracy indicate that we do not measure up to them. On the first, periodic elections, as imperfect as it has been, I believe we have made progress. The second, deepening the pillars of democracy, my verdict is negative.

Democracy, the way it is practised in Nigeria today, is a hybrid. It is a combination of civil rule, militarism, and ethnic jingoism. There is no national consensus on what democracy should be in Nigeria or should do for Nigeria. No shared national vision binds citizens and the state ,and no common aspiration. In the absence of shared national aspiration, democracy is just a word, a concept borrowed “to fulfil all righteousness”.

Recent experiences, especially economic frustration and insecurity have made some Nigerians question the western-style democracy we adopted and doubt whether it can deliver sustainable development. This “trust deficit” is exacerbated by persistent conflict, high cost of governance, corruption, poverty, indiscipline, inefficiency, insecurity, high-level unemployment, and divisiveness that pervades the land.

It is the truth that the way we practice democracy in Nigeria today has failed to assist Nigerians maximise individual potentials or the country accomplish national development agenda. The reasons vary: from the greedy political elite that is not driven by principles or vision to expensive governance structures that are self-serving, and from indiscipline to cultural misfit. Like a rocking chair, we have moved from parliamentary democracy to an American-style presidential system searching for what works for us.

The problem is squarely that of the appropriateness of our democracy model. No serious attempt has ever been made to work out a democracy model that fits, serves, or recognises our unique cultural attributes. Worse still, our political elite has failed to adopt a management approach to democracy over time. The elementary principle of envisioning the common good, setting a strategic plan, making effective decisions, and mobilising resources to achieve a shared goal are not in consideration.

Different countries adopt various models of democracy to suit their context and cultural environment. For example, Rwanda increased women participation in governance and incorporated a cultural practice known as Imihigo, a decentralisation policy where district mayors commit to development targets. Because of its belief that a nation has only one common goal, China adopted a one-party system with bureaucratic control emphasising efficiency and economic growth.

Singapore adopted a democratic approach that emphasises equality of all and economic prosperity, and it has a unique parliament made up of single-member constituencies, group representation constituencies, and nominated members of parliament. On its part, South Korea evolved a robust free democracy that allows for freedom of speech, and its constitution provides a single tenure for the President that is non-renewable and a legislature in which seats are by a combination of persons elected via popular vote and allocation. Malaysia, on the other hand, created a Muslim democracy that is distinctively not theocratic.

All these countries are a relative success because they adapted democracy to fit into their culture. To make Nigerians have faith in democracy and its ability to deliver development is not just about periodic election but addressing the structure and cultural fit of our model of democracy to make it work. It is also essential to pay attention to the cultural peculiarities of different sections that make up the country. True democracy is that form of democracy adapted to the circumstance and cultural context and delivers the greatest good to the highest number of persons measured by material prosperity.

Is democracy backsliding in Nigeria? From the context of economic prosperity and individual liberty, history answers an emphatic yes. At the inception of the newly independent nation, Nigeria, in 1960, there were high hopes both within and outside Nigeria that this young parliamentary democracy would be the beacon of hope for restoring the dignity of the black man. Although that dispensation had its challenges, it maintained some democratic manifestations that made some politicians look like angels compared to today’s political actors. There was a semblance of sanity. The government at the time guaranteed security and safety, and most people observed the rule of law. Democracy was in the ascendancy in Nigeria.

However, the military incursion into Nigerian governance upended democracy. With this goes all the democratic precepts and principles in Nigerian politics ever since democracy has been in decline and needs a radical rethink to work in Nigeria again. A significant consideration in assessing the appropriateness of Nigerian democracy is the influence of over four decades of military rule.

The military has handed down all our constitutions since 1979; each has ended up necessitating elaborate amendments, and each one has contents bordering on impunity and reckless disregard for some marginalised groups. The judiciary and legislature are left weak by the executive despite the separation of powers.

Has democracy failed Nigerians? A series of overlapping security, political and economic crises have left Nigeria facing its worst instability since the end of the Biafran war in 1970. With
experts warning that large parts of the country are in effect becoming ungovernable, fears that the conflicts in Africa’s most populous Nation were bleeding over its borders were underpinned by claims that armed Igbo secessionists in the country’s south-east were now cooperating with militants fighting for an independent state in the anglophone region of neighbouring Cameroon.

The mounting insecurity from banditry in the north-west, jihadist groups such as Boko Haram in the north-east, violent conflict between farmers and pastoralists across large swathes of Nigeria’s “middle belt,” is driving a brain drain of young Nigerians. Those security issues are in addition to a series of other problems, including rising levels of poverty, violent crime, and corruption amid an increasing sense that the central government, in many places, is struggling to govern.

The most significant measure of the efficacy of democracy is its ability to raise the people’s standard of living marked by a minimum level of development. The inability of Nigerian democracy to bridge the gap between inequality and poverty has heightened the lack of faith in democracy. All vital statistics from 1998 to date have not matched our expected progress in deepening democracy, making it difficult to accept a correlation between democracy and development.

What should be done to reverse the situation? We should re- examine our democracy to make it fit for purpose. For Nigerians to evolve a democracy that works for Nigeria, the critical consideration is the match between form and cost. That match must be such that the practice of democracy leaves enough resources for the development and sustenance of services in a way that guarantees orderly and peaceful existence.

It is on record that the recurrent expenditure of the Nigerian governments (states and federal) outweighs capital expenditure at a ratio of more than 80:20. The current form of democracy and democratic institutions have too much implicit and explicit cost that it leaves no money for development, and there is absolutely no incentive to invest in sustainable development initiatives.
Nigeria’s current federal democracy is unitarist, which has hindered the adequate provision of security and safety for citizens. The ability of the state to guarantee security is central to the thriving of democracy. Unless people are free to go about their everyday life unmolested, they cannot enjoy the freedom which is the crucial instrument of democracy. Not even the ritual of voting and elections can credibly occur in an insecure environment.

In conclusion, it is evident that we need to have a conversation about our current constitution to “ culturize” it and make it workable . This is not achievable before 2023 but must be on the table if we are serious about democracy . We should be intentional in evolving a democracy that aims at the sustainable development of Nigeria. This new democratic model, no matter what it is, must speak to the aspirations and hopes of Nigerians. This model will not cherry-pick some facets of democracy and leave out its principles and spirit, and it must be wholistic and quintessentially and uniquely Nigerian – our democracy! . A model that plagiarised American democracy with little or no modifications to fit our context is already structurally deficient. No matter how you practice it, you will always come out short.