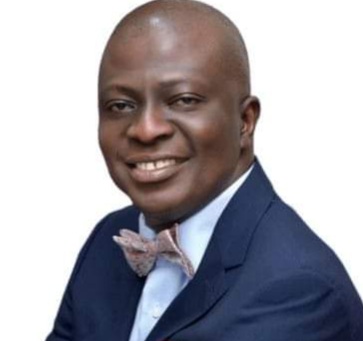 Hon. Dr. Dawari I. George is a Rivers born politician who served the State in diverse portfolios with dignity and brought honor to Rivers political hemisphere. He was One Time CTC Member in Asari-Toru

LGA. In pursuit of his career, he became a Member Rivers State Scholarship Board. Because of his good works, he was promoted to a higher office and assigned with the responsibility as Special Assistant (SA) to the Commissioner for works. Having performed meritoriously in his new office, the need for an advance responsibility emerged and he was appointed the Commissioner for Natural Resources & Energy. Being a man with uncommon grace, wisdom and a man who strongly believes in the betterment of the people & society at large was recommended by his people to represent them in the House of Representatives with the conviction that they will get quality and proper representation. As his good works continued to speak volume in the State, he became a Gubernatorial Aspirant in 2019.

Dawari has not only made mark in politics but also demonstrated capacity through his commitment and service to God. While displaying his random act of kindness, he used his wealth of knowledge, resources and experience to serve God without reservation. He considers God first in all his activities and believes that all power belongs to God. In course of his quest to serve God, he held several principal positions in His Vine Yard. Among the positions are: Two Terms Chairman NYCN Rivers State, State Conference Chairman of Royal Ambassadors in Baptist Church and later emerged as the National President/Marshal of Royal Ambassadors, State, National and later became African President of Men’s Missionary Union in Baptist Church and then Vice President of Baptist World Alliance; a position he was the first Nigerian to occupy.

Dawari is a force in Rivers politics with intimidating personality and credentials. He bags different viable degrees from notable institutions to his honor. Some of the degrees conferred on him at present are: First Degree in History/Diplomatic Studies, Master Degree & Ph.D in Political Science.

Dawari is a Community Organizer & Grassroot Mobilizer. No doubt he has all it takes to make Rivers State great again and a State of envy.

To him, humility is the true key to success. He knows his self-worth. As a result, he doesn’t feel the need to cast himself before others just to show them how much he knows. Instead, he realizes that nobody cares how much he knows until people know how much they’re cared for. He seeks knowledge because he is perpetual learner and believes that he doesn’t have all the answers. He gleans knowledge from the experiences of others and craves for more opportunities to learn.