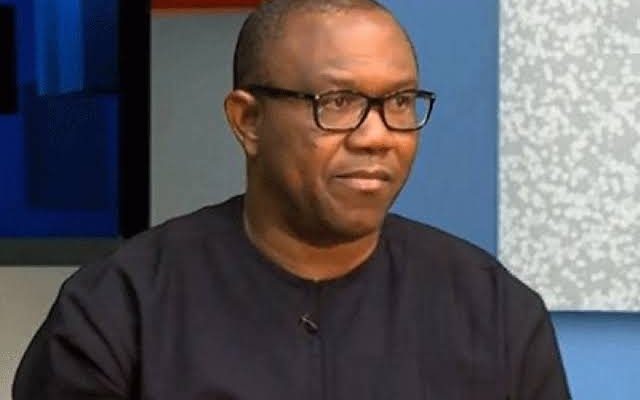 YOU WILL WEEP FOR ANAMBRA STATE AFTER READING THIS. HOW PETER OBI MORTGAGED THE FUTURE OF MILLIONS OF  PEOPLE FOR HIS OWN FAMILY.

Peter Obi, his daughter and a secret business

Mr Obi has two children- a daughter, Gabriella Nwamaka Frances Obi, and a son, Gregory Peter Oseloka Obi. Sometime in 2010, more than four years after he became governor, the politician developed an appetite to set up his first discreet company in the British Virgin Island. He named the company Gabriella Investments Limited, after his daughter.

To set up what has now become a convoluted business structure, Mr Obi first approached Acces International, a secrecy enabler in Monaco, France, to help him incorporate an offshore entity in one of the world’s most notorious tax havens noted for providing conduits for wealthy and privileged corrupt political elites to hide stolen cash to avoid the attention of tax authorities.

Tax havens are politically and economically stable offshore jurisdictions or countries with extensive laws and systems that provide little or no tax obligations, but enable high secrecy and privacy protection for foreign individuals and businesses.

Mr Obi also paid Acces International to provide nominee directors for the company. Nominee directors are residents of tax havens paid to sit on boards of companies to hide the identities of real owners of offshore firms.

So, after accepting a brief from the then governor or his representatives, Acces International officials headed to the British Virgin Island, a notorious tax haven, where it contracted a local registered agent – Aleman Cordero Galindo & Lee Trust (BVI) Limited (Alcogal) — to set up Gabriella Investments Limited for Mr Obi.

The 36-year old Alcogal is a Panamanian law firm that went on to open overseas subsidiaries offering company formation and registered agent services in BVI, Seychelles, Belize, and Bahamas, and the preparation of corporate documentation in relation to the companies formed. It also provides trust services through its subsidiary trust companies in Panama, BVI, and Belize.

On the same day the company was incorporated, the nominee directors met and issued 50,000 shares of Gabriella Investment in favour of Hill International Holding Corporation, a shell International Business Company operating under the laws of Belize, another tax haven. The director of the company is Mr Van Vuuren, also one of the directors of Gabriella Investment.

It is unclear what businesses Mr Obi transacted with the entities but in some communications, they were sometimes referred to as investment vehicles. Mr Obi told PREMIUM TIMES the offshore entity is the holding company for most of his assets and that the business structure he adapted was to enable him to avoid excessive taxation.

“I am sure you too will not like to pay inheritance tax if you can avoid it,” he told the reporters who interviewed him.

The Memorandum of Incorporation of Gabriella Investment said it was set up to carry on or undertake any business or activity, including trading of any commodities or goods, to do any act or enter into any transactions.

Recalibrating the structure and bringing family under the umbrella

See also  If I become president, any govt official that spends dollars will be jailed - Peter Obi

Mr Obi has also now created a trust known as The Gabriella Settlement, an entity also registered in the BVI. According to Fidelity Investments, a trust is a fiduciary arrangement that allows a third party, or trustee, to hold assets on behalf of a beneficiary or beneficiaries. Experts believe that trusts are traditionally used for minimising taxes even though they can offer other estate plan benefits as well.

By the current structuring of Mr Obi’s wealth and offshore businesses, The Gabriella Settlement, which appears to hold all or a majority of his assets, is the sole shareholder of PMGG Investments.

In turn, a New Zealander entity, Granite Trust Company Limited is the sole trustee of The Gabriella Settlement. Sam Access International, the Monaco-based secrecy enabler Mr Obi first hired in 2010 to set up his offshore structure, was until August 23, 2019, the sole shareholder of Granite Trust.

Antony Janse Van Vuuren, who has acted as a consistent and perpetual director for almost all of Mr Obi-related offshore entities popped up again, making the filing that brought in another Monaco-based company, Rhone Acces Sam as the sole shareholder of Granite Trust. However, Rhone Trust and Fiduciary S.A., a Swiss entity, is the ultimate holding company for Granite Trust.

A central and recurring figure in former Governor Obi’s network of offshore companies and on whom the politician appears to place immense trust is Antony Janse Van Vuuren, a 70-year old South African based in the principality of Monaco in France. Experts in Illicit Financial Flows consider Monaco a tax haven because of its generous tax laws and policies.

According to KPMG Multi Family Office, the principality of roughly 30,000 inhabitants does not charge wealth tax, property tax, investment income tax, and capital gains tax. It also does not tax dividends and directors’ fees and unless they are French nationals, resident individuals are not subject to personal income tax while inheritance tax is zero per cent for spouses and direct beneficiaries. It is unclear if it was this mouth-watering tax regime that attracted Mr Obi to Monaco.

What is however clear is that, in 2010, four years after he became governor, the politician or his representatives hired Monaco-based Acces International, where Mr Van Vuuren has been partner and director for 25 years, to help him create a secret and intricate scheme for managing his assets. Mr Obi told PREMIUM TIMES that British Lloyds Bank’s advice informed his offshore structure decision.

From Monaco in France to Tortola in the BVI, to Wellington in New Zealand, and to Geneva in Switzerland, Mr Van Vuuren has travelled around the world running business errands for Mr Obi and taking major decisions on his behalf.

While Mr Obi stays comfortably behind the curtain, the South African has remained the face of the ex-governor’s companies and the assets they hold. For the past decade, he is the politician’s number one business arranger in the offshore world as well as the custodian of the politician’s business-related documents and correspondences.

Mr Van Vuuren, a veteran nominee director for possibly tens or hundreds of shell companies, attended the University of KwaZulu-Natal, where he graduated in 1967 with a Bachelor of Commerce, Accounting and Business Management. He also obtained an MBA from Durham University in 1977.