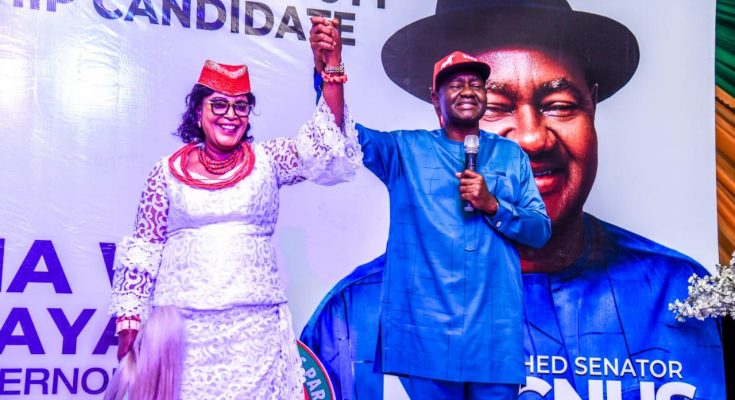 I WILL BE THE NEXT GOVERNOR OF RIVERS STATE –Senator Magnus Abe. Read Full Article

So as our democracy becomes stronger, as our institutions become stronger, as Nigerians learn to respect one another and treat each other fairly with respect, the issue of where anyone comes from will not matter because of what we ourselves have become but until we grow ourselves to that stage, people will always ask, it is our turn, we need to be involved, we need to be included, and those legitimate aspirations should not and cannot be denied. Continue Reading

So the Kalabari people have never produced an elected Governor in this dispensation, and therefore if they are agitating as one of the major blocks in Rivers State that they will also like to govern the state, that is a legitimate aspiration, and it should be looked at in the context of other aspirations that are on the table.

It was for that reason that myself in 1999, when Chief Ebenezer Isokariari ran for the office of governor, myself and other Ogoni sons and daughters, we came together and gave him full support, maximum support.

And that is why till tomorrow, Chief Ebenezer wil support me no matter what I am doing.

He knows how hard I fought, we fought for him at that time, and did it because it was the right thing to do.

See also  2023: PROSPECTS OF A THIRD FORCE By Dakuku Peterside .

The Kalabaris that are saying it must be Kalabari, people should call them and ask, when that Kalabari man was running, where did they stand? Because that was the turn of the Rivers West.

Senator Magnus Ngei Abe, Governorship candidate of SDP, spoke during the defection of Kalabari youths from other parties to SDP!