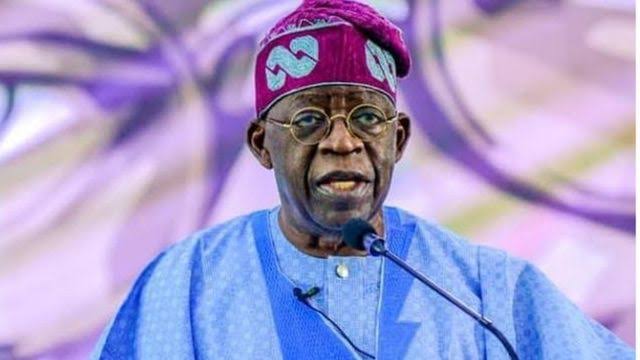 A governorship aspirant in Kano State under the platform of the ruling All Progressive Congress, APC, Alhaji Abdulsalam Abdulkadir, A A Zaura, has said that if eventually, power shifts to the south, National Leader of the party, Bola Ahmed Tunubu, is the most desirable person to succeed President Muhammadu Buhari.

He said, “I will fight like a lion to ensure that Bola Ahmad Tunubu Becomes President if power is agreed on principles to be shifted to the south, best on my belief that Tunubu deserves the exalted seat more than any other person,” he said.

A A Zaura, who was speaking to Newsmen in Kano, was responding to questions that he was allegedly being sponsored by Tinubu to contest the state guber poll. He explained that his relationship with the former Lagos governor spans beyond party politics.

“People’s are insinuating that Bola Tunubu is behind my candidature, and continue to dig to know my relationship with him, forgetting that my relationship with him is per beyond party politics because he is just like a father to me, this is because in 2019 general elections he was in APC and I was in GNP and yet we sat together to discuss issues of national importance,” AA Zaura said.

Zaura stated that he is not a desperate politician who wants power by all means and he is in politics to bring about the desired evolution Kano needs.

“If I’m desperate, as been asserted by those who don’t know me, in 2015 Kwankwaso wanted me to join PDP so that he will make me Governor but I said no I was not interested, my interest is to play Politics without any link to anybody, that is selfless Politics and that was why I was in GNP.

“As a young vibrant politician, he believes that anybody who is contesting any political seat must have something as a business so that when he is elected he will not see public treasury as personal and he will strive just the way he is striving on his personal business to build not to steal.

AA Zaura, who commended Governor Umar Abdullahi Ganduje for ensuring Kano becomes the safest place to live and do business, added that 80 percent of what is required to make the city great has been fully achieved by the governor which is security.

“Now that security is been fully achieved in Kano with the peace and harmony between citizens, the next step is making sure that the desired Investors are brought in to invest in the State, by ensuring that there is stability in energy supply, which is will use waste management to produce 10-20 megawatts for our Industries.

“I’m contesting to bring the dept wealth of my experience to change Kano to a megacity, a journey that has since been commenced by Governor Ganduje, I will do more by continuing where he stopped because we believe in continuity”, AA Zaura assured.