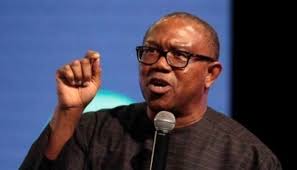 A Presidential aspirant of the Peoples Democratic Party (PDP), Peter Obi, has said that if elected in 2023 as Nigeria’s president, his administration would not allow government officials to spend dollars.

He spoke on The Discourse, a public affairs show on Classic FM, Sunday, May 22, 2022, said his administration would make sure any government officials caught spending dollars get jailed.

The presidential hopeful said it is an abomination for government officials to be spending the currency of another country while manufacturers who need the foreign currency do not have it.

“Manufacturers are looking for dollars for spares, for inputs, for critical goods, but they can’t find it and we the politicians are sharing dollars”, he said.

“Let me tell you, one of the measures of any country’s economic stability is the currency. It is an abomination that somebody serving in government is spending another country’s currency, and I say it any day, If I’m president today, no government official would spend dollars, you go to jail. we have a currency.”

On the alleged gang up to prevent him from getting the PDP presidential ticket, Obi said he was not worried about any plan against him in the party.

The former governor of Anambra added that he was not desperate to lead the country.

“I am not worried about that. There has always been a gang up against me. The worst they can do is to throw me out of the party. For me, I am not desperate to be president of Nigeria.

See also  Aides of wife of former governor of Rivers State and founder of ESI, Dame Judith Amaechi Calls for Amaechi to join the 2023 presidential race

“I want you to know that I am desperate to see Nigeria work. I feel the pain that a country that has all the potential to work is not working, so, for me, it’s not a gang up, people don’t like my brand of politics” he said.

Obi, who announced his interest in the 2023 presidency when he met with Anambra Traditional rulers on Thursday, March 24, 2022, will contest the PDP ticket with Atiku Abubakar, Bukola Saraki, Aminu Tambuwal and others. 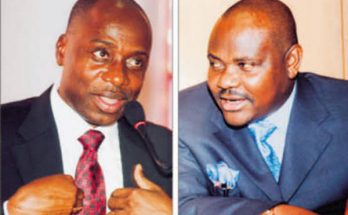