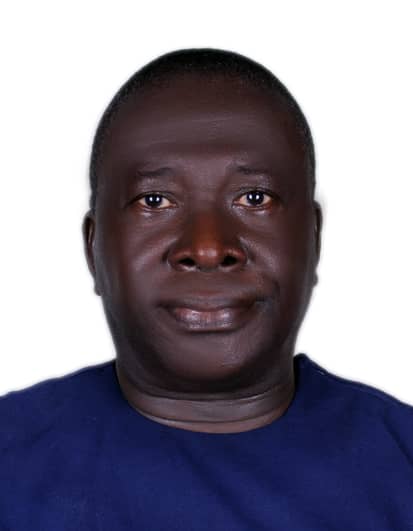 Chief OJ Akiri, a Stalwart of the APC in Rivers State reminds Nigerians not to forget that the country has always reposed on a tripodal base: Hausa/Fulani, Yoruba and Igbo, and enjoins them not to jettison that balanced ternary vision, inspite of the plethoric creation of States.

In the words of Winston Churchill, the war-time Prime minister of Great Britain we read:
*“The truth is incontrovertible. Malice may attack it, ignorance may deride it, but in the end, there it is.”*

A very high percentage of our country men concede that all the hue and cry on the necessity for genuine devolution of powers with the concomitant imperative for equitable restructuring, arise from the country’s exceptionally expansive multi-ethnic, multi-lingual and multi-tribal configuration: Nigeria is home to about 300 multi-ethnic groups and 371 tribes, which amongst themselves speak well over 500 languages. Add to that the obvious repellent forces generated by our multi-religious clivages, and you can have a vivid picture of the enormity of the crisis of bonding-unity confronting the leaders of our country in the governance of its diverse peoples.

We are constrained to emphasize that the socio-political supportive base of Nigeria has always reposed on a tripodal stand, constituted by the three major ethnic groups namely: Fulani/Hausa, Yoruba and Igbo.

The plethoric creation of 36 States of the Federation and the Federal Capital Territory Abuja might have tended to blur that realistic ternary vision, which infuses into our sub-conscious the intrinsic ingredient of a compellingly broader inclusion, in preference to a simplified dichotomous North/South divide that may tend to make us unconsciously “less holistic” in terse appraisal.

We in Nigeria have not been found terribly wanting in evolving an agreeable modus vivendi that will accelerate our desirable march towards a balanced nationhood wherein reigns equity, justice and palpable egalitarianism, that ushers us into unfeigned brotherhood, where no segment of the country would feel oppressed or alienated.

THE ONE GOD-GIVEN INSTRUMENT OF OUR UNITY IS ROTATIONAL PRESIDENCY.

Only the selfishly ambitious politicians of this country, would deny that Rotational Presidency has become an unwritten though unanimous “segment” of our constitution for all true lovers of our UNITY as a country.

Can we pause for a while and sincerely ask ourselves which of the two major political parties in Nigeria today, by its utterances, policies and decipherable body movements, constitutes a dangerous clog in the wheel of this unarguably sincere and unpretentious UNITY- forging machinery that is ROTATIONAL PRESIDENCY? The General Abubakar Abdusalami template was of divine inspiration.

Let us pause for a while to echo the inoxidable words of Thomas Jefferson, when he says that the tree of our barely respirable democracy, with all its warts and patches, has been copiously watered by the blood of our compatriots: in the serial coups d’Etat, counter-coups, pathetically capped with a gruesome 30-month old fratricidal and genocidal war that decimated the innocent lives of millions of compatriots.

Now, let us consider the recently adopted and published table of APC’s 2023 PRESIDENTIAL ZONING formular which speaks for itself:
PRESIDENT—(SOUTH)
VICE PRESIDENT—NORTH

I would not like to bore you by listing the other positions that concern the Party Offices, and envisaged offices’ distribution within the National Assembly. But suffice it to observe the clearly indicative positions which immediately convince even the greenest horned of political neophytes that APC is the CHAMPION for our accelerated bonding-unity as a people.

Meanwhile PDP’s Committee headed by the Governor of Bauchi State has tongue in cheek, already announced that Merit, rather than Zoning will form the bedrock of their choice of Presidential candidate.

Let us hear from the very mouth of Governor Bala of Bauchi State and you can discern the poorly dissimulated preferred destination for PDP’s Presidential ticket:
*“…we think that every Nigerian from every part of the country should be given the opportunity to choose the best candidate through a credible primary election, as a way of institutionalizing a merit-based leadership recruitment process”*

And now listen to the nemesis of Governor Wike and the Court-barred Chairman of the PDP in his near euphoric reply:

*“I have no doubt that your report will form the bedrock of our party’s plan ahead of the 2023 general elections”.*

In any case, we are informed that PDP’s Zoning Committee is yet to commence work. But they can tell that to the marines, because the timber and calibre of PDP personalities from the SOUTH WEST ZONE, (apologies to our flamboyant KO of blessed memory), are already jostling enthusiastically for the CHAIRMANSHIP POSITION of the Party. Just listen to some of the personalities:

They are totally oblivious that 17 Governors of the South in its entirety, have unreservedly voted against the disintegration of this country, by our scrupulously respecting the Southwards swing of the Presidential pendulum, in consonance with the Principle of the North/South Rotational Presidency come 2023. Are they aware that six selfless and Gold-Hearted Northern Governors whom I today proclaim the CHAMPIONS OF NIGERIAN UNITY, including the one from the President’s home State Katsina, Governor Masari, have voted to give chance for a Southern power switch.

Since 1999, Nigerian Citizens of IGBO extraction have not been given the opportunity of having one of theirs on the supreme saddle as President of Nigeria.

I am often inclined to believe that some the finest brains and truly patriotic citizens of this country are to be found amongst our Senior Newspaper Columnists and devoted journalists. Just read this brimmingly patriotic extract from Simeon Kolawole, so refreshingly different from the maradonic and foot-dragging rantings of the PDP:

*“Power rotation is not anti-merit. There is no part of Nigeria that does not have merit. The Constitution insists that a Presidential Candidate must possess federal spread, by scoring at least 25% of the votes in every State of the Federation…* He continues:

*“For democracy to thrive it must be adapted to the political realities of its environment. Democracy acknowledges that all fingers are not equal. Balancing is part and parcel of democracy, especially in a developing country where political maturity is still budding”*

BRAVO to President Muhammadu Buhari for Voting for ONE NIGERIA. Some were prepared to swear by their hand-made gods of wood and iron, that our principled and God-fearing President would be tempted to go for the gluttonous and unprincipled shenanigans of a Third term in office.

Thank you Mr President, for disappointing the bogus expectations of professional slanderers and brewers of insolent innuendos.

We also express deserving gratitude to His Eminence, Chief (Dr.) Emmanuel Iwuanyanwu MFR; OFN; CFR, the Aha eji ejemba Ndigbo, for his meticulous and comprehensive designation of the broad spectrum of IGBO States and IGBO ethno-cultural ensembles in Nigeria, namely: Anambra, Abia, Imo, Enugu, Ebonyi, Rivers and Delta States, who by now should be adequately put on notice. They must guard against any disorienting cacophony, like I have begun hearing in some circles. May nobody’s divisive greed and perilous ambition begin to vociferate the divisive notion of core or non-core Igbo States, thereby diluting the natural essence of true kith and kinship.

I compare the gold-hearted zeal of the Aha eji ejemba Ndigbo in painstakingly doing a thorough job of delineation of the affected States, to the inclusive patriotism of the highly revered former President of France, Le Général Charles de Gaulle, who travelled all the way from Paris to Montréal, Québec, to ignite the fire of genuine nationalism amongst his kith and kin, in such far away and distant diaspora, with the now historical declaratory slogan Vive le Québec libre.”