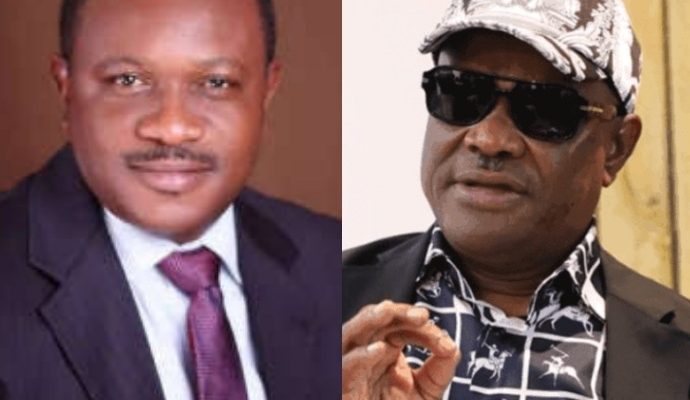 Hon. Igwe said he and others who worked to make Ezenwo Nyesom Wike governor “made a mistake”. In an interview on his media outfit, Atlantic Television, he proceeded to apologize to Rivers people for the prominent role he played in making Nyesom Wike the governor of Rivers State.

Rivers State Governor, Nyesom Wike had last week warned owners and proprietors of hotels and entertainment centres against using their premises to host any gathering for the recruitment of thugs for the elections.

The governor warned that the state government would not hesitate to pull down any such facility that yields itself for use to any political party for use of recruiting thugs or any other activities that threaten the peace and security of the state.

The governor issued the warning on Sunday during a state-wide broadcast saying that the government was in possession of an “intelligence report on some misguided politicians who have started the process of recruiting cultists, supporters and ex-convicts as thugs in furtherance of their political aspirations for 2023.

He concluded by saying, he made a mistake. He’s sorry that he regrets everything he did to make NYESOM WIKE become Governor of Rivers State.