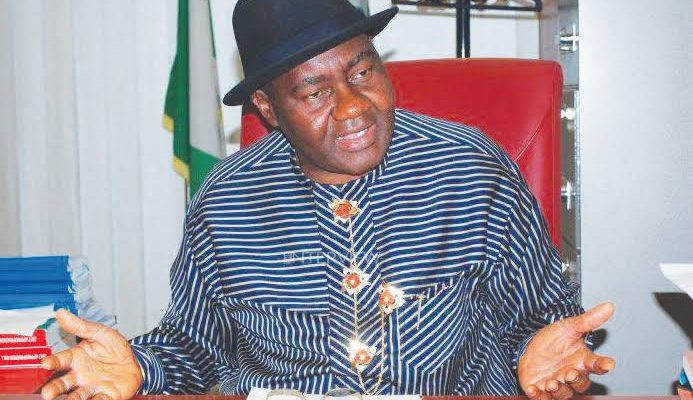 MUSLIM-MUSLIM TICKET: RELIGION IS NOT THE ONLY CONSIDERATION – ABE

…Urges Nigerians to give Tinubu a chance

Former representative of Rivers South-East Senatorial District at the National Assembly, Senator Magnus Ngei Abe, has given reasons why he will stand by the decision of the Presidential candidate of the All Progressives Congress (APC), Senator Ahmed Bola Tinubu, to pick former Borno State Governor, Ibrahim Shettima as his running-mate despite the fact that both of them belong to the same religion.

Abe, who stated this while speaking on Arise Television programme on Thursday, said the APC Presidential candidate, has a track record of competence.

He said: “Let me say that he is on record as somebody who has supported people for offices, and positions and everything without minding what religion, and how they worship their God.

“Those who are making the allegations that the only reason he picked Shettima is because of religion, if I am to be very honest, I think they are childish.

Abe who was a member of the committee that made recommendations to the APC presidential candidate on the choice of candidates said Shetima was the number one pick for everyone.

“If you know Shettima and have heard about him and his track record, there is no body I have heard who have complained or said that he is incompetent, or he is incapable, or he is not cerebral enough. Those are the qualities that we are looking for.

“That is the reason why he was chosen. So, for those who are upset about it, my appeal for them would be just give this man a chance. He knows what he is doing; let us give him a chance to do what he knows how to do best.”

The senator stated that for the fact that Tinubu’s wife of over 40 years, is a Christian shows his high level of religious tolerance.

Abe said: “Senator Oluremi Tinubu is a Pastor in the Redeemed Christian Church of God and she is his partner for forty something years. She is closer to him than anybody else. She is a Christian.

“So, it shows that he has a very high level of religious tolerance in him to begin with. So, fears that he will do anything that he is doing base on religion would naturally be unfounded because if he was a religious bigot it should start from his home. But that evidence is not there.

“Secondly, this is a man who has governed a state and a state that is multi religious and he himself was a Muslim while he was governor of Lagos State. But, there was no evidence, there have never ever been any noise there. There has never been any issue that Asiwaju throughout his tenure as governor did anything for or against anybody based on their faith.”