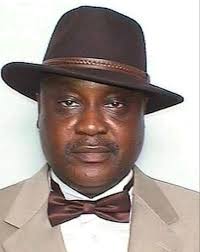 Hon. Ogbonna Nwuke, former Spokes man of the All Progressive Congress APC in Rivers State,  who recently resigned from the party says Change is a Scam to deceive Nigerians.

Hon. Ogbonna Nwuke who granted interview to press men at his port Harcourt residence today said he is gone and never to return. He said “i was told that there is change in the APC but I did not see any change and the only thing we got in APC is an aide to the chairman of the NDDC and a member of a governing board of a college in the north”

Chief Nwuke Maintained that his people has been abandoned and marginalized for long by his friend and APC led federal government.

Moreso, he debunked the rumours making the round on social media by faceless individuals signing off Press and statements with his name as false. He said ” My next option is PDP and my defection date will be fixed”.

Chief Ogbonna Nwuke had resigned from the ruling All Progress Congress on the 19th September 2021.

My defection Will Do Etche People Good says Ogbonna Nwuke.