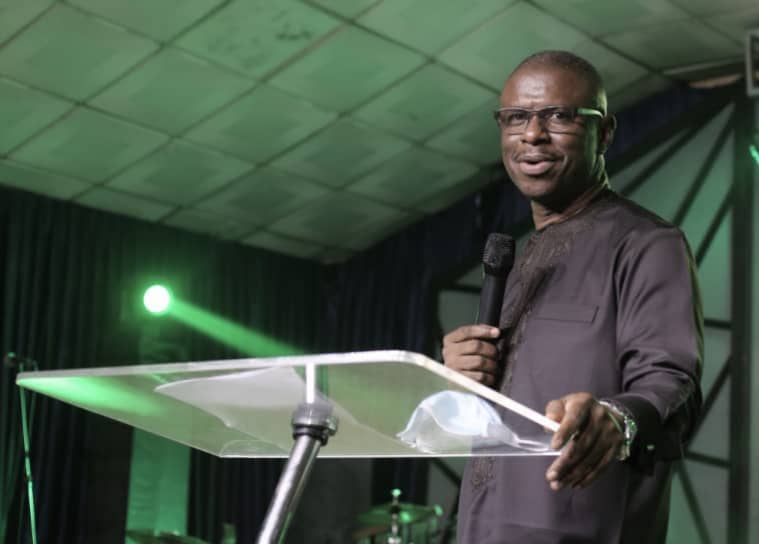 Sixty-one years ago ,there were celebrations across the length and breadth of Nigeria. In every hue and corner of this developing nation, people were brimming with happiness at the prospect of this new nation a nation born with heavy birth pangs and the struggles of leaders of the time to give freedom to their people.

The founding fathers had big dreams for this nation. This dream is captured in the national anthem written by Lillian Williams, which states: “though tribes and tongues may differ, in brotherhood we stand; Nigerians all, are proud to serve our sovereign motherland”. They were proud to be Nigerians and had great hope for the future.

The problem is that the future they longed for seemed to have eluded  them. Sixty-one years after Independence, Nigeria seems to be moving backwards on many development indices and increasingly becoming a laughingstock at the comity of nations.

Recently, Emir Sanusi Lamido Sanusi  stated that all the economic progress since Independence have  been eroded in the recent past .

The gains of the past 61 years are far lesser than the losses, mainly if we include the opportunity cost. The same problems Nigeria was battling 61 years ago are still here, only that they are more severe and deadly. Successive governments have done little to achieve the dreams and aspirations of many Nigerians.

Nigeria survived a bloody war, several military dictators, ethnic pogroms, and debilitating poverty. It is still struggling to come to terms with its past. Things have fallen apart, and the centre is struggling to hold. Even the most ardent patriot cannot argue against the dark, ominous clouds hovering over the horizon.

The current realities are stark and very disturbing. This situation is even more so given the contributions of the current administration to make things better.

The president, in his Independence day broadcast, alluded to some of the outstanding achievements his administration has made, which include: overturning the doomsday predictions over the COVID 19 pandemic by creating a solid healthcare regime that is the envy of most developing countries; fighting an economic recession that was exacerbated by the devastating financial consequences of COVID 19 ; fighting an intractable insurgency, terrorism and secession agitations across the country; and providing poverty alleviation infrastructure to cater for over 100 million poor people, whose number keeps increasing per minute because of hyperinflation and collapse of Naira in the foreign exchange market.

These efforts, although noteworthy, and as claimed by Mr President, maybe the best provisions of any administration since the resumption of the current democratic experiment, are not making the needed impact. Nigeria is still reeling from the pains and devastation of insecurity, abject poverty  of most of its citizens and corruption of monumental proportions.

The needs of the country are enormous and available resources are meagre. The level of infrastructure decay and deficiency is mind-boggling. Most of the roads are death traps. The electricity supply is epileptic at best. Water and basic sanitation are luxuries to many citizens. Education standards are deteriorating .

Unemployment, is creating substantial economic problems, and from East to West and South to North, Nigerian youths are hopelessly unproductive, restive, and endangered species. The social consequences of this are evident in the involvement of the youth in terrorism, insurgency, banditry, kidnapping and secessionist agitations across the country.

All of these are happening when the government struggles to raise funds to tackle some of these problems. Oil as the mono-product of Nigeria does not command the same economic value as in the past, and this trend will continue as the world moves on to green and renewable energy sources.

The government has  been borrowing to the discomfort of citizens to fix infrastructure . It is easy to gloss over this administration’s efforts and blame it for Nigeria’s problems. It has also become cliché to blame previous administrations and Nigerian citizens for the problem. I must point out that the time for the blame game is over, and a paradigm shift in thinking, policies and actions is needed across all sectors of the country to put Nigeria on the path to recovery.

Our political realities are even more concerning. Never in the history of Nigeria has politics been bereft of decorum, positivism, and ideas. Every political issue has been ‘ethnicised and regionalised’ in a clamour for the supremacy of the North or south.

Politicians are moving from one party to another without any loyalty to ideology . The tug-of-war between the Northern and Southern governors’forums from both political parties has shown the preoccupation of some political leaders who are poised to capture power, purportedly, for the benefit of their regions. It’s all a farce, and the macabre political dance has almost become shameful and childish.

The number of political assassinations and the influence of non-state actors infringing on politics and forcing citizens not to participate is alarming. Some parts of the country have parallel authorities controlling them.

In most parts of the North, bandits and terrorist are the bane of the communities and command  more respect than constituted authorities, whilst in the Southeast, a proscribed association (IPOB) and ‘unknown gunmen’ are holding the whole region to ransom  forcing a sit-at-home in the entire five states at least every week. The apprehension in the air heading to the general election in 2023 is massive. Those who can afford it have either left the country or are considering it.

Despite these harsh realities, Nigerians are celebrating Independence, at least knowing that the country is still one; we are still running a democracy; COVID 19 has not had the  predicted devastating impact . The urgent questions to ask here are what does Nigeria want ? What are our aspirations? And how can we start to achieve them?

I must posit at this point that at Independence, Nigeria was touted to be the hope of the black race. This belief was not misplaced as one in every five black people in the world is Nigerian. Besides, at Independence and now, the world looks up to Nigeria to champion and restore the dignity of the blackman. Little wonder Nigeria is referred to as the “giant of Africa”. Both in terms of size, population and resources, Nigeria has the potential to be great.

See also  2023 Presidency: Jonathan’s Entrance Into APC, a Revenge Scheme Devised to Destroy the Progressives Party and Sabotage the Chances of the South in the Political Equation - Eze

In recent times, it has had the biggest economy in Africa and boasts of the highest number of Billionaires from Africa in the FORBES Billionaire list yearly. However, at best, Nigeria has only maintained ‘tremendous potential’ and has struggled to live up to this lofty bidding of greatness.

This greatness is more evident in our diversity – great diversity in cultures, languages, religion, and attributes. Instead of being a source of conflict and angst, this diversity should be harnessed  for the country’s greatness. We aspire to dwell in unity and peace despite our differences. Equity, justice, and tolerance should be embedded in the fabric of our existence. Therefore, all attempts by some groups, be they ethnic, religious, or regional, to dominate others must be resisted and corrected.

We aspire to socially re-engineer our society to imbibe positive ethics and values for social growth. Moral bankruptcy and decadence are pervasive now. Life is brutish, short and is increasingly commanding little value. People are killed daily, and we are almost used to it. An event 15 years ago that would have caused a national public outcry and moral panic now is so normal  that we gloss over them.

Unscrupulous men engage in nefarious criminal activities like kidnapping, fraud (‘yahoo yahoo’) and money rituals, all in a bid to get rich. Manifestations of collapse of our value system. All should shun these negative actions and adopt a new national value system based on merit, hard work and creativity.

It is our aspiration that Nigeria becomes an economic giant respected among the nations. The most excellent resource Nigeria has is its people.

The solution to Nigeria myriads problems is as complex as the Nigerian context. However, we will touch on a few salient points. First, visionary, and transformational leadership is the way forward. It is leaders that set and create the right environment for people to give their best.

Nigeria needs innovative leaders capable of  articulating our common aspirations and creating  an overarching vision of a Nigeria of our dreams. We need transformational leaders to set our priorities right , enthrone meritocracy,  do the actual work of inspiring the people and allocating resources to accomplish our shared vision. Without a responsive and responsible leadership, Nigeria will remain in a quandary with all its enormous potentials.

It is time we got men and women of character, competence and leadership skills in all facets of our national life and economy to work together as a team to salvage Nigeria. The truth is that we do not have enough such men in leadership today.

Our politics does not allow it. Our role as citizens is how to change this so that we can raise a critical mass of leaders who can do things differently . We can get these men and women from the private and public sector, and even abroad. We must instil meritocracy and shun all forms of bigotry.

The world is a global village, and competition is rife. We must use our best intellectual capital to run things if we must be competitive and grow. Once leaders set the tone and pace, citizens are likely to follow. Any person bent on rent-seeking and self-aggrandisement must have nothing to do with leadership. Leadership is an opportunity to serve and must be made less lucrative.

Second is education. Education changes people’s thinking, mindset, value system and their productive capacity. Nothing prepares the next generation more than education. It enables in them the ability to change society. I am talking about education that makes youths more curious, more innovative and gives them skills and not just certificate. Our educational system and output is one of our albatross as a nation.Till we fix education the future we want is only an illusion. Education and development are two sides of the same coin.

The third is productivity rather than depending on rent from natural resources. The only known route to development is productivity. Production creates value which leads to growth. Diversification of the economy is  compulsory,and it must be  in the ‘real and service’ sectors. Alternative energy, Information Technology and export driven production of intermediate products should replace oil and primary products dependence.This may create employment, and the unintended effect is that it will ameliorate the social menace caused by youth unemployment and poverty. Besides, high productivity reduces corruption and bigotry because production instils the ‘tyranny of value’. When what people have represents  the actual value they have created, this will eliminate corruption within the system. Productivity engenders competition. Competition breeds improvements, innovation, and growth. Nigeria must be on this path from now on.