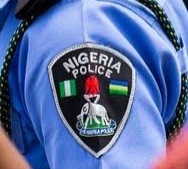 The Police have confirmed the arrest of one Ibrahim Babangida, a principal suspect in the kidnap of a nursing mother Hauwa Umaru, and her daughter on Oct. 10, in Adamawa.

Nguroje, the command’s spokesperson, said Babangida was arrested alongside 3 others who were also behind the attack on the Ngurore Police station.

He said the suspects were arrested on Thursday and one AK-47 rifle with 16 rounds of live ammunition was recovered.

Nguroje said: ”The breakthrough that led to the arrest of the suspects began with the arrest of one Buba Ibrahim Babangida, 20, a native of Wuro Bilal village, Ngurore District, Yola South LGA.

”Ibrahim Babangida is one of the principal suspects in the kidnap operation and the confession of the suspect revealed how they abducted Hauwa Umaru, her daughter and one Alhaji Bahago of Ibbare and also attacked the Ngurore police station.

”The police were assisted by some professional Hunters who apprehended the other three gang members.”

Nguroje also said that the suspected criminals were also part of a seven-man syndicate that was terrorizing the people of Adamawa and Taraba states.

He said the suspects would be charged to court on completion of investigations.