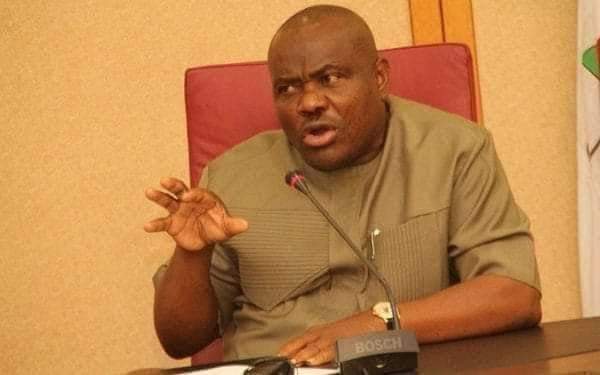 The Chairman of All Progressives Congress (APC) in Rivers State, High Chief Emeka Beke has condemned and berated the Nigeria Police and Rivers State Government for their unwarranted attack, closure and arrest of Staff of Companies of those perceived to be political enemies of Governor Nyesom Wike. Continue Reading

The Chairman of APC in Rivers State who spoke through his Chief of Staff, Enyi Chizy Esq. said that Governor Wike recently threatened to use state powers donated to him to protect lives and properties of those living and doing business in Rivers State against his perceived political enemies, which he has just started by sealing Mega Tool Filling Station owned by Hon. Chinyere Igwe, Preray Hotel owned by Ikechi Chinda and Priscy’s Lounge owned by Hon, Jones Ogbondah who the Governor alleged to have been loyal to Hon. Austin Opara.
This nefarious and dastard act was carried out by the Nigeria Police Officers attached to Government House on the orders of Gov. Wike.

It is on record, that one of Gov. Wike’s (now) man Friday, the former Publicity Secretary of APC in Rivers State, Hon. Chris Finebone told him about two weeks ago, that Rivers people will never allow him to take them for granted and warned him not to carry out his threat, yet, Gov. Wike refused to listen.

See also  AS A STUDENT, I BUILT RELATIONSHIPS ACROSS BOARD, WE ALL HAVE A DUTY TO FIX NIGERIA - PST.TONYE COLE.

Gov. Wike has started the same thing he did between 2013-2015 with the then Commissioner of Police Rivers State, C.P Mbu that earned him the governorship position he is enjoying today. But trust me, Rivers People will resist him and his Co-conspirators.
The Commissioner of Police in Rivers state, CP Friday Eboka should use what happened to his predecessor and ask himself, after all the conspiracies between Gov. Wike and Joseph Mbu, where is Mbu today.

Rivers People are not ready to tolerate Gov. Wike’s excesses by using state powers against his own people and we will never go back to the dark days because of Gov. Wike.
It is on this note, that we are calling on the Commissioner of Police Rivers State Police Command to immediately without delay, release all those arrested at the premises of Mega Tool Filling Station, Preray Hotel and Priscy’s Lounge and order his men to Unseal the premises for their normal business activities without delay.

We plead with Rivers people not to take laws into their hands and go on with their normal businesses as the days of Gov. Wike in Rivers State are numbered.