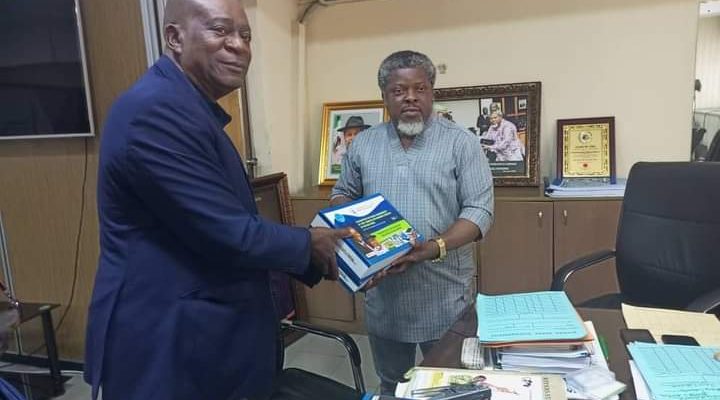 The Rivers State Commissioner for Education Prof. Prince Chinedu Mmom has received the report of the “Committee on Needs Assessment of public Schools in Rivers State” Continue Reading

The commissioner received the report today in his office while playing Host to members of the Committee led by the Chairman Prof. Confidence kinikanwo Nwachukwu.

Prof Mmom who commended the committee members for job well done said before he nominated them for the task to ascertain the State of affairs of public schools in the state, he knew their capacities to deliver having worked with them before.

He said, the report would enable government to isolate areas of critical interest to pay special attention to as much as the lean resources of the state can accommodate.

In his words” the essence of this is to know the state of affairs of the various public schools in Rivers State. With this now, we will be able to know the various areas of needs that the ministry would pay attention to in the bid to actualize the dreams of His Excellency Chief Barr Nyesom Ezenwo Wike,,

He further assured that the document would outlive this present administration because the information contained in it would also be useful to the next administration and thanked them for delivering on the assignment given to them within a short period of time.

Speaking earlier, the Chairman of the Committee Prof. Confidence kinikanwo Nwachukwwu thanked the commissioner for finding them worthy for the job.

He said the committee went round the 23 local government areas of the State and have captured the state of affairs of all the public schools in the report together with their challenges.

Recall that the commissioner on assumption of office setup the committee on needs Assessment of public schools in Rivers State.