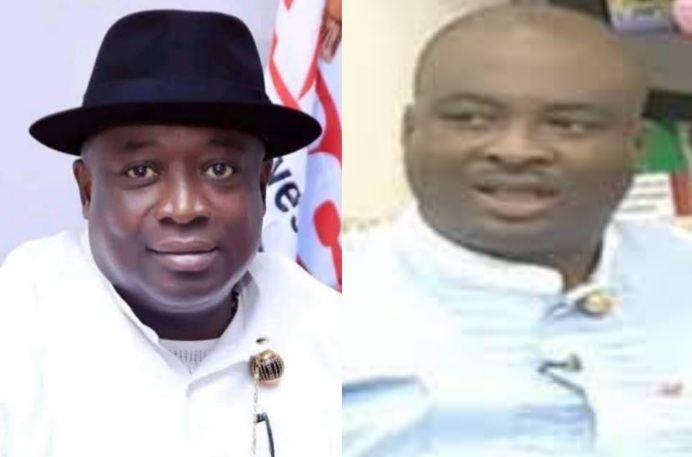 Ordinary i would have kept mute over the statement credited to Mr Kennedy Friday who plays a media role ignorantly to former senator MAGNUS ABE but to put the records straight in simplicity i have thus :

I think Mr Kennedy Friday should be ashamed of himself for the illicit script he is bided to play because of the house rent he was promised if he could drop or peddle lies to draw sympathy from the public over their continues failure in the success of Rivers Apc despite the collaboration with Rivers state PDP using state judiciary.

Kennedy Friday should quit from unlettered or unschooled act in various actions of their gangs, we all know their antics thrived since 2015, and what cost Rivers Apc from fielding candidates in the state and national contest during 2019 general election.

Mr Kennedy should be abreast with the APC constitution as amended that there is no section , sub-section or paragraphs where contestants of party offices should debate.
APC national has drawn guidelines, time tables for various congresses of the party and therefore an unscrupulous element won’t come to sow a seed of discord for the purpose of distraction. Eulogizing Barr Golden Chioma to contest is like asking some to ride a bicycle from nigeria to Atlantic ocean in Italy.

Where are Kennedy’s group when Apc in Rivers state was mobilizing people to register and revalidate their membership? Where were Golden Chioma and his gangs of failure when ward and local government congresses of Apc was conducted? Would he use spiritism or flies as his delegates on 16th October, 2021?

These are few vital questions he need to reason and apologize to the party for his quest to misinform the populace on how congresses are conducted.

Kennedy Friday and his master should bury their faces with shame because their evil deeds couldn’t halt a MOVING TRAIN.