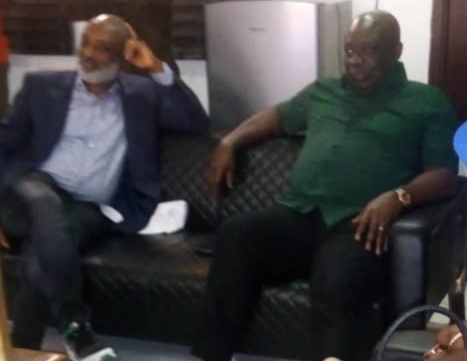 As the race to who clinches the Chairmanship position of the Rivers State chapter of the All Progressives Congress, APC, hits fever pitch, the South-South APC Caretaker Committee Secretary. Mr. David Okumgba, has reiterated the commitment of the party to provide a level playing field for all aspirants for the the various elective positions in the upcoming State Congresses in the South-South geopolitical zone.

David Okumgba who spoke on Tuesday when the former State Secretary of Rivers APC, High Chief Emeka Beke, stormed the Zonal Secretariat to solicit for support in his quest to become the next state chairman of the party in Rivers State. 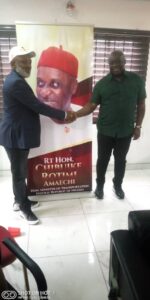 The grey-bearded party scribe applauded Chief Chief Beke for being the first aspirant to approach the Zonal Office for support and extolled the sterling leadership qualities of the Elibrada-born politician. He advised him to consult widely, noting that his enviable track record of faithful discipleship and commitment to party activities will be a good pivot to oscillate his ambition to delegates at the congress.

According to him, “One selling point your candidacy is bringing to fore is the fact that you (Emeka Beke) is entering this race fully prepared; with an advantageous edge over others by being a chip-off of an old political block. You have stayed in the corridors of leadership from a youthful age, learnt the ropes and coming battle-ready to offer selfless service.

“What is most interesting to me is the tenable fact that you are a pan-Rivers man. A bridge-builder and fence-mender whose ability to speak his mind and reach out to people at any given time has stood him out and tall amongst equals. You have over the years won the hearts of thousands of APC followers in Rivers State for your distinguished charitable, accessible and brave lifestyle.

“Rest assured of the position of the party at the zonal level for fairness and equity, during and after the State Congresses. We are certain that if your rescue-message is effectively communicated to all delegates, their votes will definitely reflect positively on your aspiration. The South-South APC will continue to stand by the collective will of our people, ” he added.

Speaking earlier, Beke, who incidentally shares the same political moniker with his host — The King of the Boys — said his vision is to reposition the Party as a viable alternative political platform where the yearnings of Rivers people can be addressed. He assured the Caretaker Committee Zonal Secretary that Rivers APC will be a party to beat in 2023 if elected. 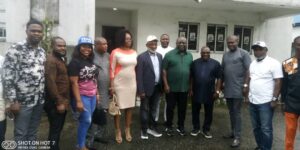