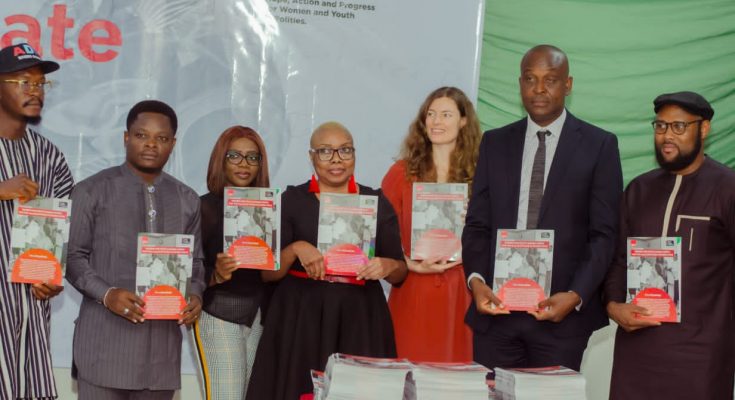 Stakeholder Democracy Network SDN has launched the Women and Youths Agenda (WAYA) for the 2023 elections in Rivers State.

The agenda which is a compilation of demands for political parties and candidates for the forthcoming general elections in Rivers State, was unveiled on Thursday, July 4 at the prestigious Hotel Presidential in Port Harcourt.

In her opening remarks, SDN’s Programme Manager, Florence Keyamba said :”the Women and Youths Agenda for the 2023 elections has come at a time when many voices are seeking greater attention in a country that is plagued with so many challenges”.
Speaking to journalists at the end of the programme, Keyamba stated that the Agenda comprises of priority demands of youths, women and people living with disabilities for candidates at the State House of Assembly, the National Assembly or governorship covering governance, security, environment and economy.

“We expect that at the end of this, the candidates become very attentive towards the issues that have been raised in the Women and Youths Agenda and begin to think of practical ways in which they can be addressed should they win the elections they wish to contest “, she added. 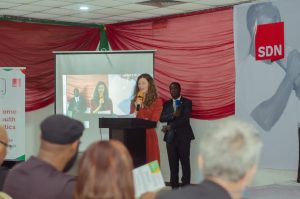 Head of Governance and Stability at the Foreign, Commonwealth, and Development office of British High Commission, Elizabeth Drew opined that” active and meaningful participation of citizens at all levels has huge potentials for a strong and viable democracy “.

She said : ” we are particularly encouraged that this journey represents the views of young people, women and persons living with disabilities. A fair representation of the views

of these groups in political positions is important in helping Nigeria’s democracy to best deliver “.

” A more inclusive political process is needed to create a higher standard of living, better education, infrastructure and peaceful coexistence “, she added. 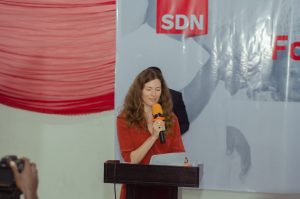 Celestine Ogu who is the Governance Manager at ActionAid Nigeria pointed out that:” as the elections are gearing up, women and youths need to have their agenda, they should go beyond the tradition of clapping hands and being used as thugs “.

He said part of the agenda of women and youths should be to ask the politicians what they have to offer in terms of education, health and livelihood. 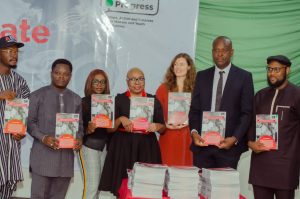 President of the Rivers Entrepreneurs and Investors Forum (REIF), Ibifri Bobmanuel stated for Rivers People to engage the political candidates better, they must get involved in the political process with an understanding of what they truly need. 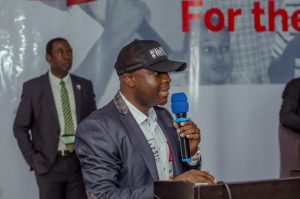 He said :” if we cannot interrogate why I want to be Governor, I could take you on a jolly ride to wherever I feel I like”.
“The more we keep asking questions to the system, the better we birth a more Prosperous Rivers State for ourselves and for our children to come”, he said. 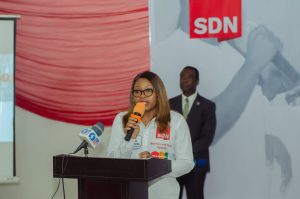 She said the goal of the project is to increase political participation and representation of women, young people and people living with disabilities in Rivers State in the run up to the 2023 elections and also to secure policy commitments and actions from candidates political parties in response to the demands of women and youths.

She revealed that in the course of the project, 300 young women, youths and persons with disabilities were equipped with skills in leadership, advocacy, policy and influencing which they used to mobilize many community members to participate in the just concluded continuous voters registration exercise. 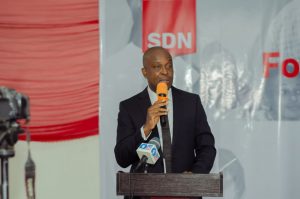 Flora said a key part of the success of the project is that some of the project ambassadors moved to become card carrying members of political parties and participated in the party primaries where they voted as delegates.

She said :”we also collaborated with INEC at the state and national levels which resulted in the registration of several persons living with disabilities at the Chester Home in Port Harcourt.

The event also included an interaction panel where election candidates and leaders of political parties were engaged in line with the specific demands contained in the Agenda.
Some of the politicians who graced the occasion include the governorship candidate of the ADP, Victor Fingesi, the PHALGA House of Assembly candidate of the Labour Party, Isaiah Orlumati.
Others are the governorship candidate for the Young Progressives Party, Weneke Briggs, State Chairman of the Africa Democratic Congress, Ambassador Leader Sampson and the assistant women leader of the Peoples Democratic Party in the state. 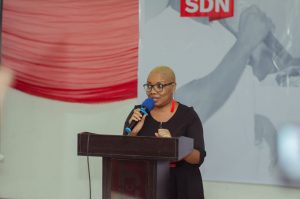 The Agenda is part of the We-You project funded by Foreign, Commonwealth and Development Office (FCDO) and implemented by Stakeholder Democracy Network SDN in partnership with ActionAid Nigeria with the aim of increasing political participation and representation by women and young people in Rivers State in the run-up to the 2023 elections.

The We you project with its campaign slogan as “Hope, Action, Progress” seeks to to contribute to an inclusive and responsive democratic process and outcomes through citizens led actions towards the 2023 general elections in Nigeria and Rivers State in particular. 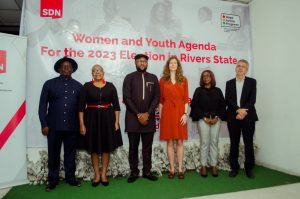