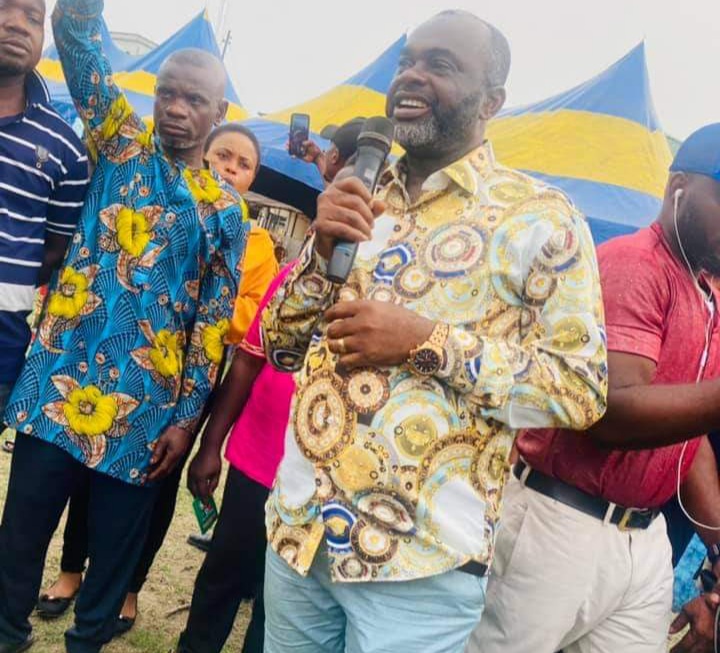 The chairman Who received them, commended them for their courage and said they will be treated equally with those they met on ground. APC in Alimini is a “one United party which everyone is carried along and it will never change.

Asomeji stressed that the quality of the defectors attest to the fact that theirs is  to “come and work”  and add value to what is already on ground and there is no new and old APC with your coming, we are all one and working for the same purpose.

Hon. Austin Asomeji continued by Thanking the Contact and mobilization Committee for the great job done in ward 9 Elele Alimini, Emohua LGA, and he also thanked the ward Chairman *Hon. Anyanchor Morrison* and the Leader of the ward *Dr. Peter Emejuru* stating that they have all done well in the ward and God will continue to bless them.

*Chief Stanley Wuzor* speaking on behalf of the defectors said they were joining forces with the APC to strengthen the party and assist the Hon. Minister of Transportation RT. Hon. Chibuike Rotimi Amaechi to continue his developmental strides, and the Governor of Rivers State Chief Barr. Nyensom Wike made empty promises in the community and he did not keep to his words, the General Hospital Elele Alimini is nothing to write home about, the people are dying of ill health.

To God be the glory.