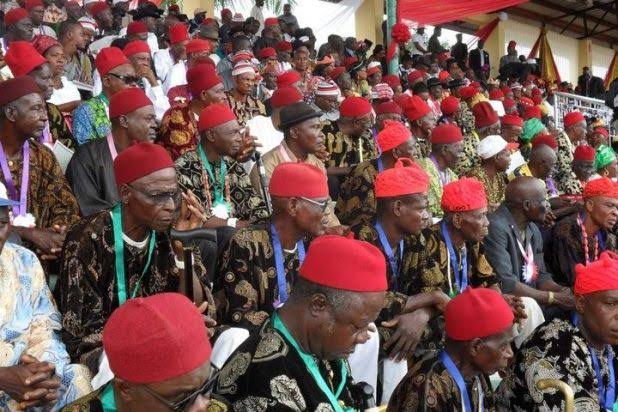 A Christian minister and senior Pastor with The Resurrected Assembly (GROM), Abuja, has made a stunning prophetic declaration to the effect that a President of an Igbo extraction will never emerged in Nigeria until the curse placed on the seat during the regime of the first military Head of State, Major Gen. Johnson Thomas Aguiyi-Ironsi is broken.

Born on March 3, 1924, in Umuahia, in the present Abia state, the late Gen. Aguiyi-Ironsi seized power following the chaos that trailed the January 15, 1966 military coup, which decapitated the country’s leadership.

He ruled from January 16, 1966 until his assassination on July 29, 1966 in a revolt against his government by a group of mutinous Northern Nigerian officers and men who were led by Major Murtala Mohammed and included Captain Theophilus Danjuma, Lieutenant Muhammadu Buhari, Lieutenant Ibrahim Babangida and Lieutenant Sani Abacha, in what was popularly called the July Counter Coup.

The revelation by Pastor Prize Felix Aluko is coming on the heels of an increasing agitation for President Muhammadu Buhari’s successor to come from the South-East.

Those clamouring for the Igbo presidency in 2023 are of the view that going by the rotation of the president between the North and South, it is the turn of the South-East, as the South-West and South-South geopolitical zones had all presided over the country since the Fourth Republic.

Their case is built on a strong historical fact that the Igbos are the only major ethnic group from the southern belt that has not presided over the country.

Already, some leaders of the South East, including the Senate chief whip, Senator Orji Uzor Kalu, former deputy Senate president, Senator Ike Ekweremadu, among others, had at a meeting in Igbere, Abia State, asked the APC and PDP to zone their presidential tickets to the zone in the interest of fairness and equity.

Except for the short-lived ceremonial presidency of one of the nation’s founding fathers, Dr. Nnamdi Azikiwe, in the First Republic through an alliance of his National Congress of Nigerian Citizens (NCNC) with the Northern Peoples Congress (NPC) and the equally brief Second Republic Vice-Presidency of late Dr Alexander Ekwueme on the platform of the National Party of Nigeria (NPN), the nation’s plum job has eluded the Igbo, one of the three big political tripods.

However, the revelation by Pastor Aluko has poured cold water on the agitation and aspirations of the South East to produce the next Nigerian President by 2023.

Pastor Aluko who made this prophetic declaration to Daily Sun in Abuja, said an Igbo presidency will continue to be elussive unless and until the curse placed on the exalted seat is broken.

His words; “According to the word of the Lord, the Igbos, the South Eastern has been fighting for the number one position of this nation and a lot of request and agitation has been going on.

“But the Lord said that the Igbos should go back to the drawing board and try to put themselves together and organise their house. What the Lord said is that since the time of Augiyi-Ironsi, a curse was placed on the Igbos never to emerge in the presidential seat of this nation.

And the Igbos has not done anything about that and they are just fighting shadows instead of going back and looking at what is the substance.

He (Aguiyi-Ironsi) was forced to place a curse on the Igbo presidency before he was finally dragged and killed. And the Lord said they should go and put their house together, let the curse be broken and the opportunity will be given to them in Nigeria to sit on the presidential seat of this nation, otherwise, all this clamouring and agitation will be in vain, because, for now, the Igbo presidency is not in view,” Aluko revealed.

Ahead of the 2023 presidential election, the dominant political discusse is the mounting political agitation for Igbo presidency and power shift.

Nevertheless, other regions are equally laying claim to the presidency. The pan-Yoruba socio-cultural organisation, Afenifere and a political group, Yoruba Patriots Movement (YPM), have insisted that the South West geopolitical zone must produce the next president to avert a crisis in the country.

Shocking Revelation Why Igbos Can’t Be President In Nigeria