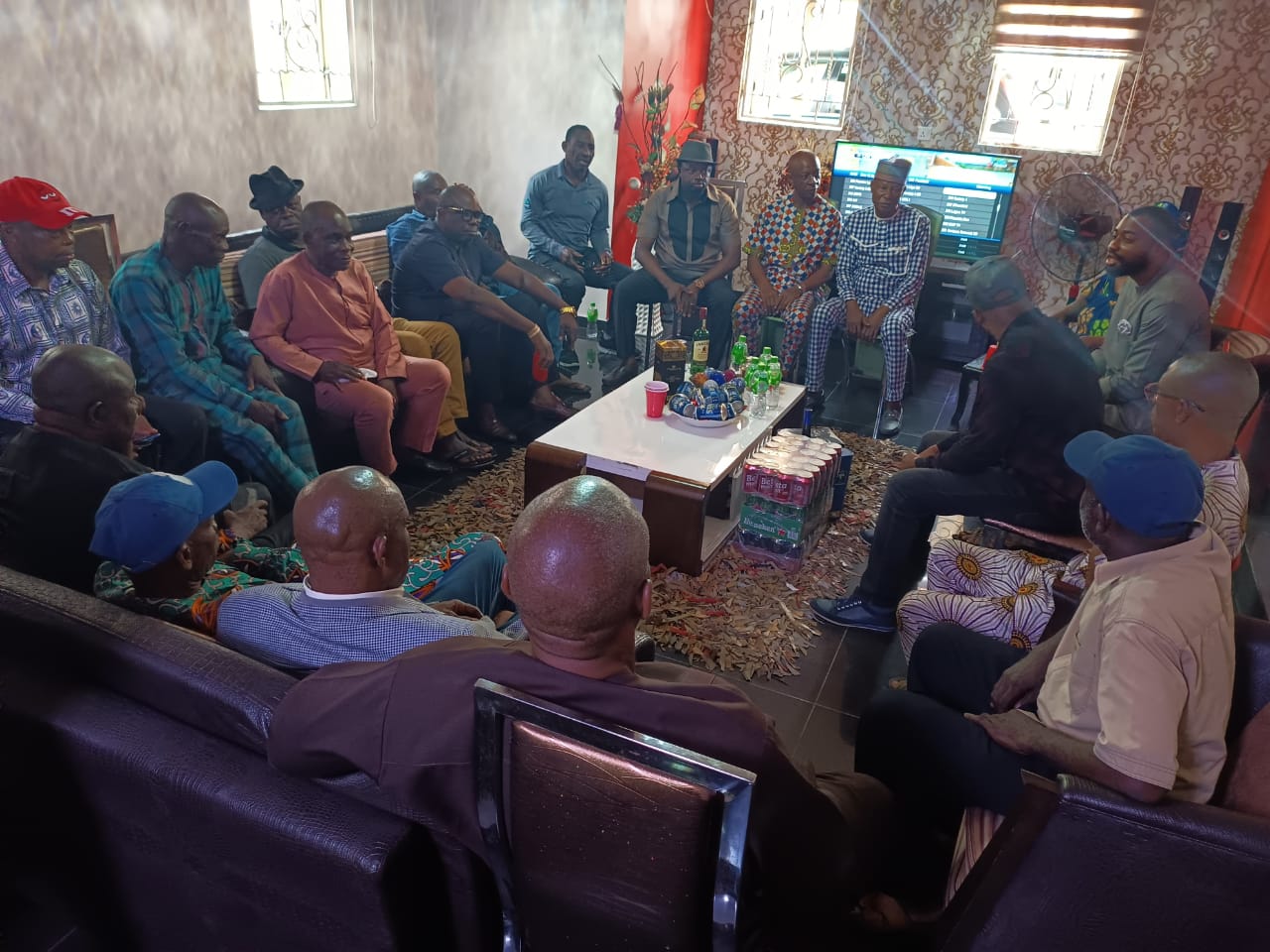 A leading Aspirant for the 2023 Federal House of Representatives Election, Hon. Dr. Gift Okere, who is also a foundation to the party in Oyigbo, has taken his consultative train to the apex leadership team of APC Tai LGA.

Joining the Aspirant on the visit, Hon. Bright Jacob (a former Commissioner in Rivers State) introduced the Aspirant to Tai APC Leadership Caucus led by Hon. Mrs. Kate Sam-Ngbor at the residence of the latter.

Gift Okere reiterated his burning desire to represent the Federal Constituency, soliciting once again (after 2019) for re-nomination, having fulfilled all party requirements fitting of an Aspirant.

In response and solidarity, Tai LGA APC caucus members took time one after another to express firm admiration and support for the Oyigbo born business mogul and politician. Dr. John Bazia (former Commissioner for Chieftaincy Affairs) recalled the strong ties between the good people of Oyigbo and Tai LGAs.
Dr. John Bazia assured the Aspirant of the sincere prayers of Tai people.

Wrapping up their sentiments in appreciation, the leadership team of APC in Tai affirmed and attested to the leadership qualities of Dr. Gift Okere and assured him of their total support, concluding that his ‘right to first refusal’ as espoused by the apex leadership of APC in Rivers State was worth standing behind.

Tai LGA APC leadership in a motion moved by Barr. Emmanuel Kirikiri and supported by Hon. Kariko Kabine, adopted Dr. Gift Okere as their candidate for the 2023 House of Representatives contest.

Chairman of APC Tai LGA and Leader of Caucus, Hon. Barr. Barisuka and Lady Kate Sam-Ngbor respectively sealed the motion as moved and agreed upon.