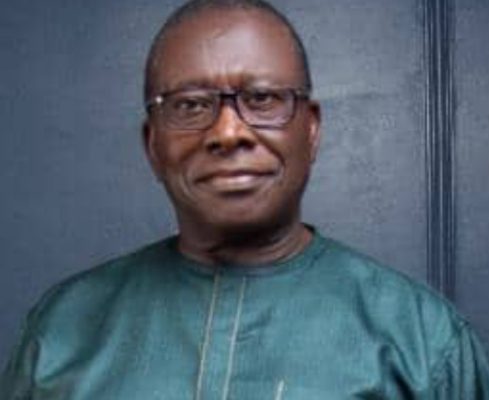 Young scholars of post Independence Africa will certainly remember with mixed nostalgia and divergent savours, two Emperors that bestrode our dear continent in the mid-twentieth century.

The first was the decorous and inspirational Haile Selassie of Ethiopia, who ascended the throne in graceful pomp and pageantry, as a resplendent Plenipotentiary Regent of the famous Solomonic dynasty.

In the exaggerated zeal for the defiance of white supremacist racism, and contempt for imperialism, our diasporian Blacks went on to ascribe a metaphysical dimension to his Personality, as the Rastafarians’ sect, simply elevated His Royal Majesty to the deified status of their worshipful God.

At the antipodes of this prideful splendor was Jean Bedel Bokassa, a rather folkloric character of the hue and casting of Uganda’s Idi Amin Dada or Zaïre’s Field Marshall Mobutu Sese Seko.

Adorning himself in the deceptive garb of a democrat, Bokassa’s political party bore the inspirational appellation of the Movement for the Survival of Black Africa.

He ruled his country with iron fist brooding no opposition. For him, you may throw to the winds, the concern for financial prudence, frugality in spending or accountability. The Country’s Treasury was hardly to be differentiated from his ever “lubricated” deep pocket, derived from the country’s flourishing diamond mines.

Unsatisfied with his megalomaniac crave for grandeur, Bokassa soon jettisoned his garb of an ill- defined totalitarian and Putinian “democracy”, when he caressed the bizarre fantasy of transforming his country into a Monarchical Empire, with his new office henceforth metamorphosing into “Emperor Bokassa the 1st.”

He was totally oblivious of what may be the plausible parameters in territorial superficie or demographic size of a credible and genuine Empire.

He was an embarrassment not only to his people, but to the rest of enlightened Africa. Of course, Bokassa’s tragi-comedy did not last for long, as his misadventure collapsed like a pack of cards.

Let’s now come nearer home to our dear Rivers State. A first time tourist’s impression of Port Harcourt, the Rivers State Capital, is that Nigeria portrays all the trappings of a politically monolithic One Party State. I wonder if there are still any billboard spaces for other serious Gubernatorial Candidates.

The PDP Gubernatorial Candidate’s billboards had begun appearing in all corners of PH, long before INEC’s whistle signalling the kick-starting of campaigns. A bewildering “innovation” is the resort to using the median electrical poles for the selling of political candidates.

The disgusting and nauseating aspect of the story is the care-free impunity displayed in the aggressive promotion of the candidacy of Chief SIMinilayi Fubara, the one “activated SIM” card, like they claim, valid for all the networks of our service providers.

But come to think of it: the “wonder SIM” has for long been an invitee of the EFCC and the Code of Conduct Bureau, for suspected financial malfeasance of startlingly humongous sums of money in excess of, hold your breath, Five Hundred Billion Naira. That is simply the ideal successor the current Governor is “packaging” for the Rivers People. Chief SIMinilayi Fubara had been Governor Wike’s Permanent Secretary Government House, until his purposeful and calculated meteoric rise to the post of Accountant-General and defacto Premier Custodian of the State’s Treasury.

To the utter amazement of Governor Wike’s erstwhile political allies, who rightly felt that they too had the legitimate and inalienable right to aspire to the Governorship of the State, Wike’s vocal and body languages underlined his unequivocal preference for Chief SIMinilayi Ichendu Fubara. To his dissenting party juggernauts and Colossi, he conceded the “freest and fairest primaries” where paradoxically, they received the most humiliating and indignant shellacking of their political lives in electoral defeats.

There were altogether 16 aspirants, including most of the juggernauts and Colossi of the PDP in the Rivers chapter. They all kissed the dust as Chief Fubara, who had been a Civil Servant all through his adult life polled 751 votes. Some of them
managed to run away with 30 to 40 votes as others did so with a most unflattering one or two votes, to show for their participation.

Meanwhile, there is also an observable resurgence of weird “Courtocratic” peregrinations, and decipherably illogical Court verdicts reminiscent of the hey days of “Super Market” cash and carry justice.
O. CJN Tanko Muhammadu where art thou?

There is a palpable resurgence of the “rascally” excesses of some Judges, which makes us bemoan the absence of the immediate past CJN.

His Nigerian Judicial Council (NJC) meted out some deterrent disciplinary action to some most notorious culprits of this despicable conduct in the temple of mother Justice.

The PDP in R/S is particularly enamoured with the the NO CONTEST option and is prepared to go any length to achieve this ungodly “trophy”. And so everything must be done to rule out the appearance of credible parties’ candidates on the ballot. It happened to the APC in 2019!

In recent times, there has been a shameful recrudescence in the avalanche of frivolous litigations, to boost the “vibrancy of the Super market”.

And you wonder why this desperation for a Government which has in barely 4 months to the election employed 14,000 Political Advisers indeed; 100,000 political Aides; 40 LGA Liaison officers: 28,000 Special Assistants for 6000 Polling Units. Someone rightly termed all this ADVANCED VOTE BUYING.

Now what do you think of Wike’s Executive Orders 21 and 22 which stipulate that a Political Party can only campaign in the open field of a school long built by his predecessors, only after depositing a whopping sum of 5 Million Naira into the coffers of rival PDP Government.

This is unprecedented in the annals of competitive Multi-Party democracy, whether in Rivers State we grew up or else where in the Federation.

The APC Flag bearer in R/S, Arch Tonye Patrick Dele Cole is an Alumnus of the famous Harvard Business School, and a Leadership Fellow of the Oxford University.

At 55, he was at the head of a near Trillion Naira Energy Conglomerate that stretches from Nigeria to other parts of West Africa and beyond. The Governor is scared stiff of the prospect of his SIM and an Arch Tonye Cole squaring up in a political debate. Arch Tonye Cole’s intelligence and oratorical skills are non pareil!

You believe that the Political parties will succumb to such bare-faced intimidation, or outright blackmail? Can there be a more “delectable recipe” for thuggery and violence than this obnoxious Order? In popular pidgin parlance, we would say: *”wahala dey sleep, yanga go wake am”.

The invitation war cry of the opposing parties when faced with “Govt Enforcers” will be: “we no go gree o, we no go gree”*, and the ensuing bloody confrontation can better be imagined.

APC is saying that the Rivers People must hear our own rare gem Tonye Cole on the Campaign rostrum, and necessarily compare him alongside Wike’s wonder SIM of all networks, and I doubt if such a SIM card really exists.