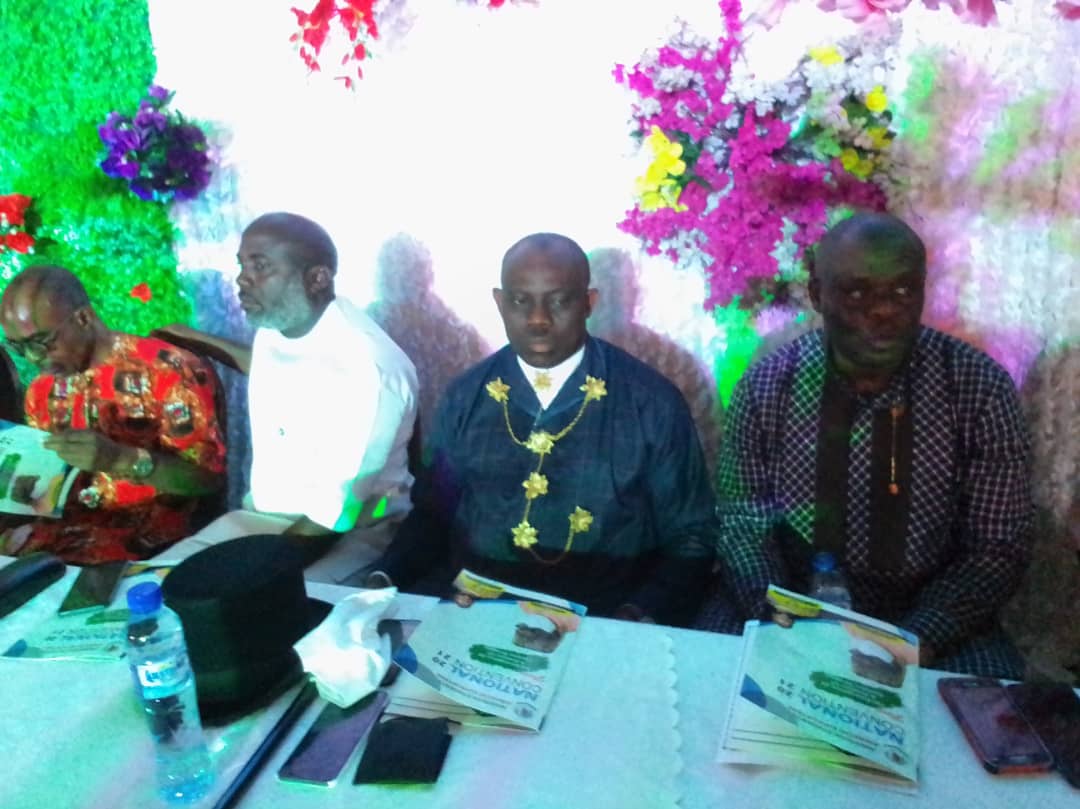 The Exercutive Director, Finance And Administration,Niger Delta Basin Development Authority,Chief Francis Ebenezer has emphasized categorically that the Quest and Demand for Rt.Hon.Chibuike Rotimi Amaechi,current Nigeria Minister of Transportation to contest the position of the country’s number one seat is not NOGOTIABLE .

Chief Ebenezer gave the charge at the National Convention ,with the theme”The Emergence Of A Product Of Campus Struggle”, organised by “Nigerian Students Amaechi Supporters”,held on Thursday,28th October,2021 at the Dome Municipal Garden, Calabar, Cross Rivers State.

Chief Ebenizer observed that Amaechi does not only understands the language of the students and youths but that his declaration of Developmental Revolution during his reign as the Govornor of Rivers State demonstrated his love for education by sending Rivers State Students,Youths among others abroad for various level of scholarship.

Chief Ebenizer who is the National Patron Of Nigerian Students Amaechi Supporters opined that Amaechi’s Sterling Qualities are not only wonderful and Unique but that Amaechi has solution to Nigeria’s problem.

The Ogu/Bolo Local Government born Grass_Root Politician hinted that the program which attracted Students from across the country became necessary when he studied the objectives of the group .

Dr.Lawrence Chuku,in his lecture titled “The Profile Of The Lion Of Niger Delta:Rt Hon Chibuike Rotimi Amaechi”.hinted that”Chibuike Rotimi Amaechi was a unanimous choice amongst the elected legislators for the position of speaker of the RIvers state House of Assembly was the most Productive Legislative House in Nigeria, garnering the Nigerian Union Of Journalists (Assembly Correspondents ) award of Excellence in June 2000″.

Prof.Adiele Edward of Department of Educational Management Faculty Of Education Ignatius Ajuru University Of Education,Port Harcourt,spoke on”Exploring the Political Potential of Rotimi Amaechi For National Cohesion and Development Agenda for 2023.

The Hallmark event proudly sponsored and funded by Chief Ebenizer was not only the gathering of critical Political Students Stakeholders Representatives but a major Political outburst,which has undoubtedly flagged off the call across lines for Amaechi to decide and declare his intention to run for president.

The Quest For Amaechi To Be President By Nigerian Students Is Not Negotiable  Chief Francis Ebenezer.