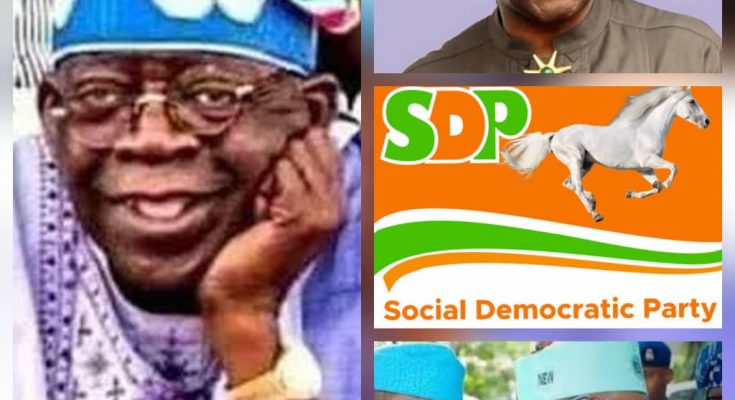 The Chieftain of the All Progressives Congress, member of APC Legacy Projects Media Team and erstwhile National Publicity Secretary of the defunct New People’s Democratic Party (nPDP), Chief Eze Chukwumeka Eze has hinted that former Rivers South-East Senator, Magnus Abe, an avowed saboteur and serial betrayer of the progressive mandate in Rivers State, has finally to the glory of God dumped APC and concluded plans to formally pitch tent with the Social Democratic Party (SDP) in pursuit of his preposterous guber ambition.

In a statement made available to media houses in Port Harcourt, Chief Eze said Sen. Abe, an ally of Bola Tinubu, the APC Presidential Candidate for the 2023 general elections, was the architect of the avoidable woes and embarrassing defeats suffered by the Rivers State chapter of the APC in the 2015 and 2019 elections.

The party Chief recalled that in 2015, Abe, in collaboration with his devious compadres, plotted the downfall of Dr. Dakuku Peterside, then APC guber candidate, by ensuring that key actors of the party assigned various roles in the execution of the elections reneged and boycotted the exercise by staying back in Port Harcourt and detaining all necessary tools needed for victory, instead of mobilizing to their various polling units to direct and strengthen party members and boost the moral of voters in their resolve to cast their ballots for APC.

Again, in 2019, he perfected the heinous scheme by ensuring that the party did not participate in the general elections of that year With the help of his Lagos friends and Governor Wike who turned the judiciary in Rivers State into an arm of his office. And as his custom has always been, he tried unsuccessfully this time around to frustrate the chances of the APC, but his attempts were futile, giving rise to his planned realignment with the SDP.

Before now, Golden Chioma, his supposed factional party Chairman left the APC to act as John the Baptist by moving to the SDP to prepare the ground for his formal defection.

Deeply worried by the gale of defection that hit the Rivers APC in the recent, the party Chief urged the public to disregard claims by some of the defectors who are blaming Rt. Hon. Chibuike Rotimi Amaechi, the erstwhile Governor of Rivers State and immediate past Minister of Transportation as the reason behind their resignations.

“This is far from the truth. Some of those who left before this time did so because they had to move ahead of Abe, as his fore-runners in the SDP, to make necessary arrangements for his entry into their new political party, SDP. The reason is because they could not match the leadership credentials of Pastor Tonye Cole, the APC Flag-bearer for the 2023 general elections.”

Eze reiterated that Senator Magnus Abe can never be Governor of Rivers State until he apologizes to God and humanity for the numerous wrongs he has done against APC and Rivers people. He frustrated service-oriented men who once indicated interest to render services in different capacities, ruined lives, dashed hopes and destroyed destinies of Rivers people who yearned for better living conditions, quality education and a holistic economic reordering.

The party Chief commended the Governorship Candidate of the Social Democratic Party in Rivers State for refusing to agree to relinquish his mandate to Sen. Abe, despite the huge financial inducement to make him forfeit the ticket.

He described Abe as a desperate opportunist who is deceiving unsuspecting members of the public in furtherance of his political merchandise.

In a trending post by his allies, Sen. Abe while denying a viral resignation letter addressed to the APC National Chairman, Abdullahi Adamu and copied to the state and his ward chairman, alleged to have been written by him claimed that he had long left the APC.

For the same Abe who has always maintained that he remains a member of the APC to suddenly turn around and say he had long left the APC clearly shows the level of deceit he uses to hypnotize his followers.

For Abe to publicly acknowledged that he had long left APC affirms my stand for many years that Abe is not a member of APC but sadly nobody believed me. I commend him for proven me right in this regard.

However, commending Abe for revealing to the public that he no longer belong to the APC, Eze said although his revelation was belated given the damages he has done on the soul of the party, his formal departure will give the Rivers APC a new lease of life as party members and supporters can now hive a sigh of relief and properly plan ahead of the elections.

On the plots to pull Amaechi down and scheme him out of relevance, Eze hinted that the Tinubu block through some South Western Governors, Lagos State Governor, Babajide Sanwo-Olu of Lagos, the chairman of the Southern Governors’ Forum and the outgoing Governor of Ekiti State, Dr. John Kayode Fayemi and Governor Rotimi Akeredolu of Ondo State have been mobilised to be following Governor Nyesom Wike like flies following corpse within and outside Nigeria in order to hand over APC Structure to Wike without recourse to Amaechi who has sacrificed his life to sustain APC Structure in the South South and is currently being persecuted by the same Wike for supporting the APC.

“My only regret about all these madness is that the South Western APC Governors Team to Wike was led by Fayemi who Amaechi risked his life to safeguard in 2014 when the then PDP/Jonathan administration in connivance with Wike plotted to stop his re-election as Governor of Ekiti State.

This simply exposes the craftiness and wickedness of human minds but God has a way of frustrating the wickedness and plots of devious minds”, he said.

Eze recalled with nostalgia how Amaechi’s Plane was grounded At Akure Airport in June 2014 just on his rescue mission to save and stand with Fayemi. It was reported that the chartered aircraft that brought Governor Rotimi Amaechi of Rivers State to Akure, the capital of Ondo State, was grounded on the orders of federal aviation authorities.

According to the report, the decision to prohibit the aircraft from taking off came a few hours after a group of soldiers prevented the Governor from reaching Ado-Ekiti, the capital of Ekiti State.

Though this move maybe to reward Wike for supporting Abe to destroy APC in Rivers State all these years, Eze assured these elements that their plots, as in the past, will come to naught, noting that Amaechi’s position in politics is divine and at the appropriate time, God will surely speak

Sadly, these funny people forgot that Amaechi came second in the APC Presidential Convention defeating a sitting Vice President and a siting Senate President. He said the former Minister’s legacies in the Buhari administration are the most visible legacies of this administration thus, his relevance cannot be diminished by the elements he has played key roles in their political journey. 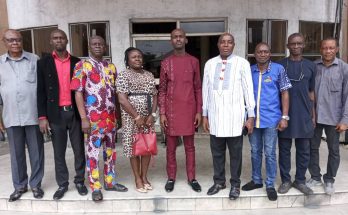 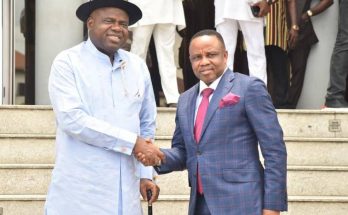