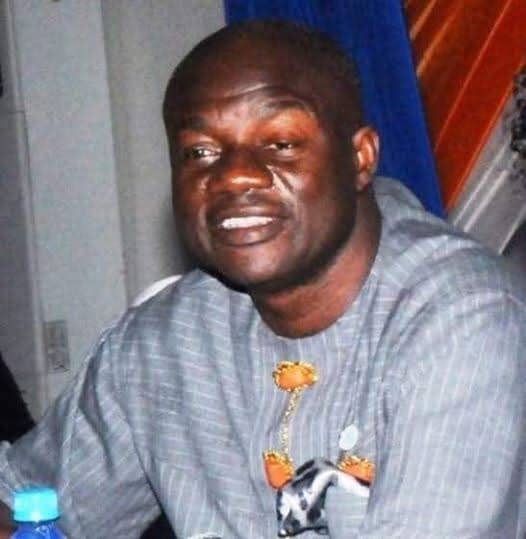 TONY OKOCHA FMR CoS TO AMAECHI IS A SERIAL DEMENTED & FRUSTRATED BETRAYER, SHAMELESS, DESPICABLE, GREEN MAMBA AND COWARDLY PERSONAE – DAVE ENYIDA WHO KNOWS THE INGRATE OKOCHA IN AND OUT

CRITICALLY READ THRU AND THANK ME LATER!!!

“Kudos to my chief Eze. You are always at your best pen business. The problem to Tony okocha is that he is shameless. And it is very degrading and demeaning for one to tangle with a demented, shameless and cowardly personae like tony okocha and his despicable band.
Chief, in my early teen years I grew up in an agrarian region of this state, and as such we were very close to natural vegetations. Upon all the reptiles (snake family) that inhabit the forest and farmlands I hate GREEN MAMBAS the most due to its cowardly nature. It hides under the green colour, green verdure to harm unsuspecting innocent persons. Such is my opinion of tony okocha and his band of green mambas in RVs politics.

When in Amaechi’s second gubernatorial tenure tony okocha knelt and swept the floor of offices with his forehead begging and crawling like leech and begging even unlikely persons to prevail on Amaechi’ to make him Chief Of Staff of RVs Brick House, “Amaechi’ was not useless.” When tony Okocha was filling his pocket, house and account with the wealth of RVs people, “Amaechi’ was not useless.”

When Wike insisted that the then Gov Amaechi’ should not make okocha CoS Govt House phc because he, Okocha is “a green snake in green grass” and Gov Amaechi asserted his powers against all appeal and made him, tony okocha CoS, “Amaechi’ was not useless.” If truly, tony okocha has forgotten all these, then he is of unsound mind who cannot be trusted just as Wike has alerted in 2011-12! tony okacha is a serial demented and frustrated betrayer that would make Judas Iscariot green with envy.

A serial and demented betrayer does not command respect anywhere. If he betrayed Wike in Obio/Akpor Council and now shamelessly betraying CRA, all his Ikwerre brothers, is it Senator Magnus Abe, an Ogoni man he will not betray?

Since he betrayed and bit the golden fingers (Amaechi’s) that fed him, is it Bola Tinubu he will not betray at the right price? The saying of the elders is true here, “if crocodile can swallow its own eggs what will it not do to those of others?”

tony okocha is suffering from dementia, amnasia and a mirage of other ailments, as such he should not be taken seriously because he is seeking unnecessary publicity and limelight with a bid to make his Lagos paymaster pump in more money into his pocket.” Dave Enyida

BUT WHO IS CHIEF EZE, THIS UNSUNG HISTORIAN ASSERTED:

“Chf, do you know that if not for Gov Amaechi’ I would not have seen inside of Govt House Port Harcourt, even though I am a full fledged Rvs’man. I don’t “kiss a woman with spaghetti in my mouth,” neither am I “a fair-weather-friend.” You can only know a true brother and friend just like you sir; only in the storm and tempest. You are truly tested in the severest RVs political furnace and you have come burnished gold for rvs APC and only God will reward you for standing by our innocent brother, uncle and father. Once again, 👮🏽‍♂️shunnnn sir!!” Dave Enyida

(2)
Nigerians, I humbly present to you the demented Tony Okocha whom Amaechi picked from the gutters, cleaned but has because of his stomach challenges turned to be one of the greatest enemies of his benefactor Amaechi and all that he stands for. A pig must be pig and a dog will always go back to his vomit!! These are the true nature of a deluded and deranged fellow that Tinubu assigned to be insulting Amaechi on daily basis and whom many want me to spare.

God bless you Great Enyida for enlighten Nigerians of how deadly this cowardly green Mamba could be.

God will surely judge us all for all our actions no matter the odds.