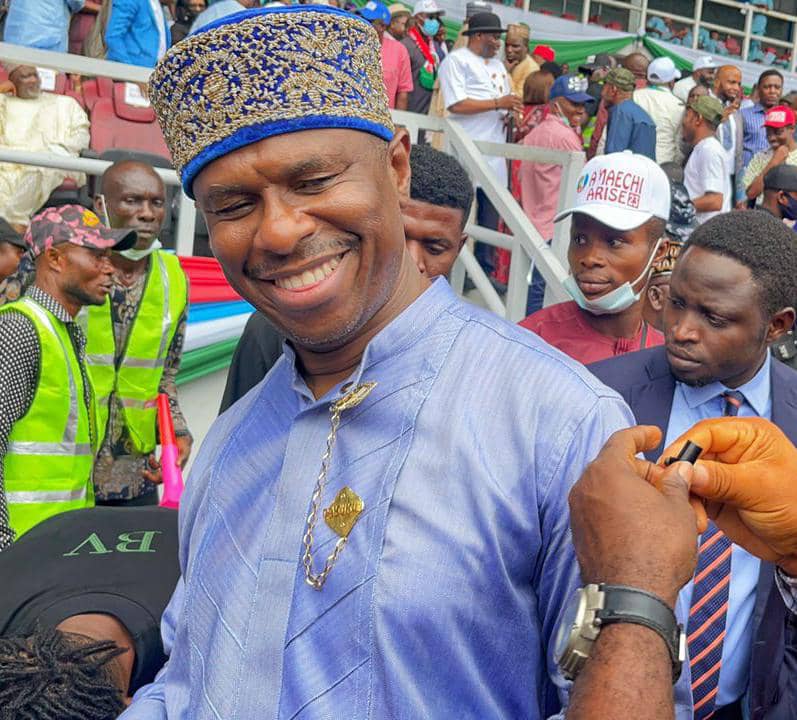 Former Director General, Nigerian Maritime Administration and Safety Agency, NIMASA, Dr. Dakuku Adol Peterside, has called on Rivers people to imbibe the spirit of sacrifice and love which he identiifed as the virtues symbolised in the Death and Resurrection of Jesus Christ, as conveyed in Easter. He explained that by so doing, the citizens would be championing bonds of unity which he noted, were core ingredients needed for the development of the state and any other society.

Peterside gave the charge in his Easter Message made public today, Friday, in Port Harcourt.

Peterside enjoined Rivers’ citizens to see value in love one for another against the norm of demarcations along ethnic and religions lines. “God, Who gave the world His Son, Jesus, is love, and being His children demands that we love one another. Let us, therefore, walk in those sacred footsteps of Christ to truly be God’s children and persons of His interest.”

While wishing them hitch-free celebrations, Peterside called for vigilance in the face of insecurity on their part. “Our people should not rest on their oars even as they celebrate considering the current security hiccups plaguing Nigeria. “Even as we celebrate, let us all be vigilant bearing in mind that “Eternal vigilance is the price of liberty””. Let us be our brothers’ and sisters’ keepers in the spirit of Easter, caring one for another as Christ cares for us.”

One Comment on “Walk In Christ’s Footsteps To Develop Rivers – Dakuku Peterside Charges Natives, Residents In His Easter Message”