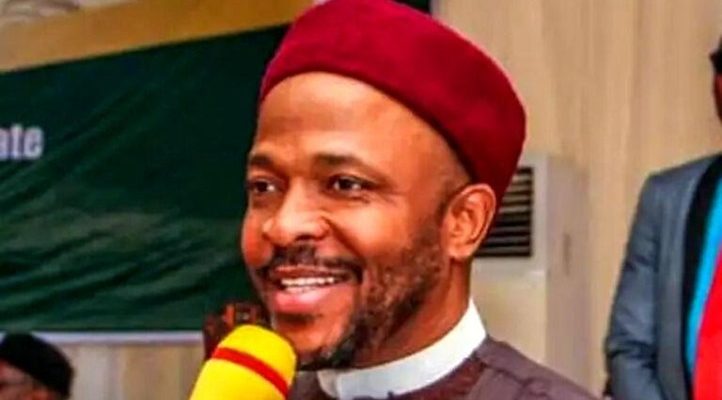 The reason for the obvious absence of the former minister of states for Education, Emeka Nwajiuba at the ongoing primary election of the ruling All Progressives Congress is clear now.

Prof Chinedu Nwajiuba, the elder brother to the presidential aspirant said his younger brother, Chukwuemeka Nwajiuba, PhD, refused to address party delegates and leader at the party’s Special Convention on Tuesday because leaders of the party at the top level reneged on agreement and understanding that informed his engagement in the presidential project.

According to the former Vice-Chancellor of the Federal University of Agriculture, Alike, Ebonyi State, the junior Nwajiuba reached understanding from the highest levels of the party from the onset and considering his pivotal role in the founding of the APC.

Prof Nwajiuba who said he had been inundated by calls over the action of the ex-Minister of State, Education, disclosed that the understanding was that the party would zone the ticket to the South, then South-East and that the candidate would emerge via consensus.

Besides, he said Chukwuemeka does not want to be associated with the dollar and Naira Bazaar’that the Convention turn out to be and had to excuse himself.

In a statement signed by him read, “Many friends are calling to find out why my brother, Dr Hon. Chukwuemeka Nwajiuba did not come out to address the APC convention.

“Simple, the understanding from the highest levels prior to his involvement, and considering his role in the founding of the APC, was that of consensus as was with the National Chairmanship a few months ago.

“With that understanding, the Presidential ticket was to come to the South and the southeast.

See also  AMAECHI, OSIBANJO, TINUBU, OTHERS... WHO HAVE THE HIGHER ODD TO EMERGE WINNER IN 2023? By Martins Onyegbula

“This has been the hope till the end of the negotiations. He, not wanting to be part of the Dollar and Naira bazaar, is convinced that what Nigeria needs now is no more of the same thing that has kept Nigeria at the low level it has been.

“God order our footsteps towards a better life for all Nigerians. God bless you”.